If you’ve ever been lost in the midst of all the 3D printing technologies, you know how hard it is to get a grip on the different machinery, applications and companies involved.

Patent disputes, crafty marketing teams and feuds amongst inventors have led to a point where identical technologies go by different trademarks and are limited in their applications because of potential infringements. Many “new technologies” — actually trademarks — are presented as revolutionary, when they are in fact similar or the same as existing systems.

For the industrial designer or engineer it’s important to have a grasp on these technologies because they can tell you a lot about possible applications and limitations from the outset. This is generally not an easy thing to do. To shed some light on the situation, and help you understand the different technologies, here’s an overview to get you started. 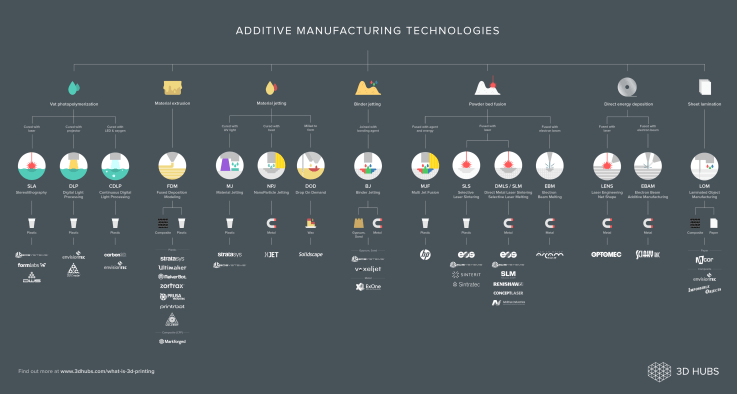 The overview contains all the main additive manufacturing technologies of today, starting with process descriptions and guiding through all the individual technologies and material options, ending with the key industry players.

Using the overview, it can be particularly interesting to have a look at where new 3D printing technologies fit into the grand scheme of things and what can be expected of their applications and possible limitations.

A little more than a year ago, Joseph M. DeSimone, a chemistry professor from UNC Chapel Hill, walked onto a TED conference stage and left the audience in complete awe. On stage he unveiled a technology dubbed Continuous Liquid Interface Production (CLIP) that promised to be up to a 100 times faster than comparable 3D printing technologies and capable of creating smooth, strong parts, equivalent to their injection-molded counterparts. By the end of the 10-minute presentation, a solid object had risen from the bath of the obscure 3D printer he had brought with him.

As can be seen in the overview, Carbon’s technology is similar to existing DLP technology. What differentiates it is the use of “a photochemical process that carefully balances light and oxygen to rapidly produce parts.” Photopolymerization typically produces parts that are weak, brittle and degrade when exposed to UV light. Carbon claims to overcome this “by embedding a second heat-activated reactive chemistry in their materials,” resulting in high-resolution parts with engineering-grade mechanical properties.” 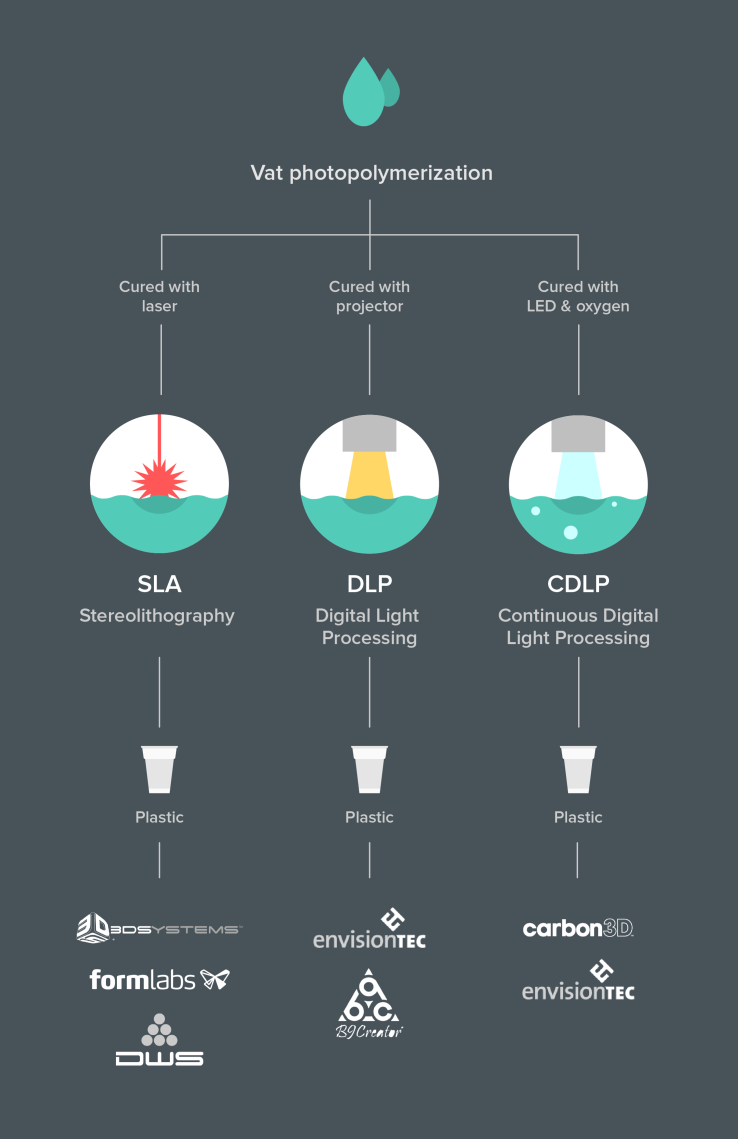 Carbon is backed by notable investors, including Google, Autodesk and Sequoia Capital as the company managed to raise $141 million to date. Their debut printer, the M1, is priced at $40,000 per year with a minimum three-year term — a subscription-based model that is quite new to the 3D printing industry. 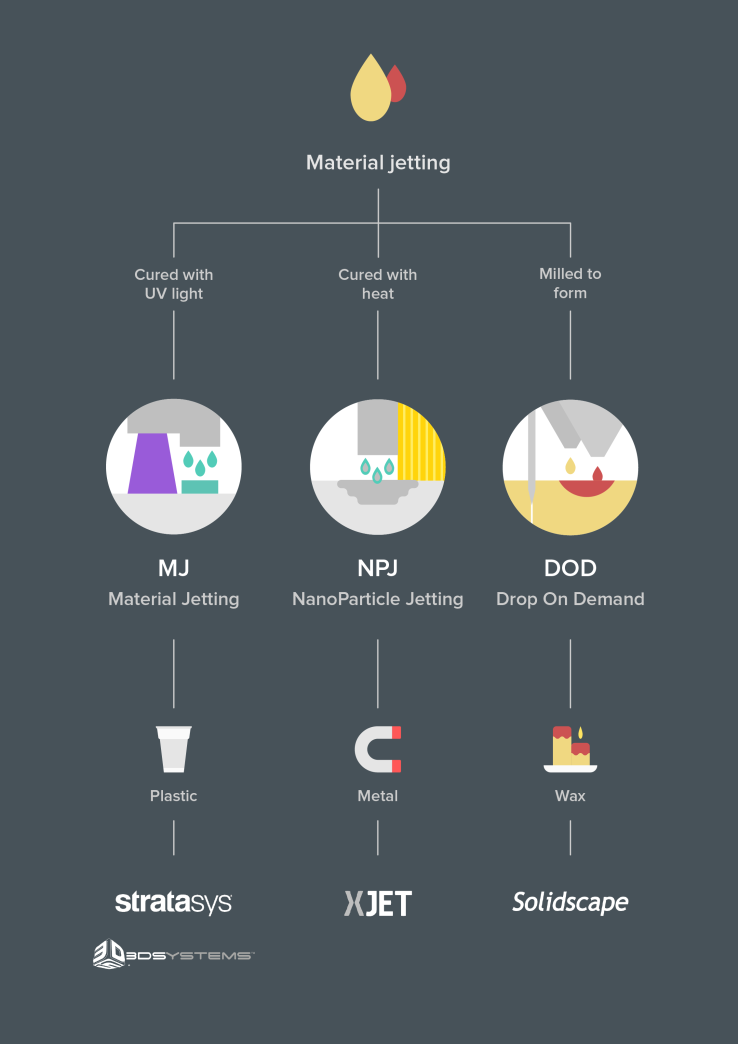 Compared to powder-based metal printing, the process produces “a stronger binding of the metal with virtually the same metallurgy as traditionally-made metal parts.” The liquid feedstock also comes in sealed cartridges, eliminating the complex handling process of metal powders.

After a decade’s worth of research and development, and $25 million in funding from Autodesk and Catalyst, XJet revealed its technology at RAPID 2016 in May. The company now has seven machines operating in its Rehovot, Israel HQ, but is yet to announce an official launch date and its first product. Once on the market, XJet could potentially disrupt the production of short-runs of complex metal parts in major areas of production.

The rumors turned out to be true when HP announced its first 3D printer in October 2014. With abundant resources and decades of expertise in 2D printing behind it, the company’s first 3D printer will hit the market this year.

Multi Jet Fusion (MJF) dispenses millions of drops of chemical agent per second — similar to what the company pioneered with 2D paper printing — onto a thin layer of powdered material, while instantly curing it. Ultimately, this new 3D printing process allows one to set the properties of each individual volumetric pixel (or as HP calls it; the “voxel”), thus controlling the mechanical and physical characteristics throughout a part with the ability to add more detail, including color and structural mechanics, than ever before, HP notes. 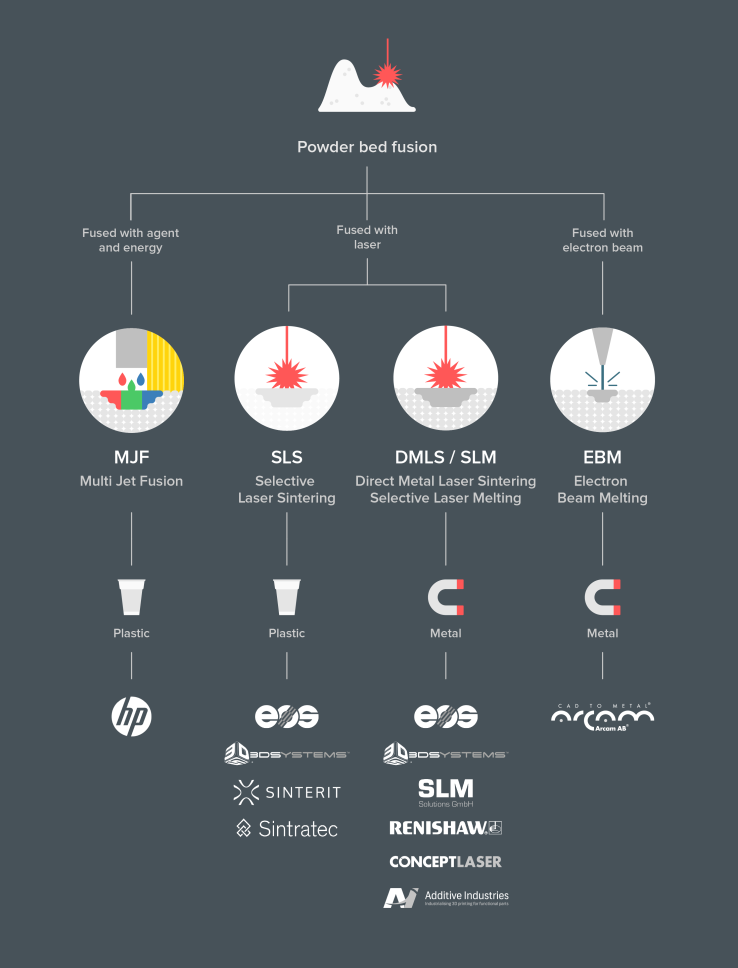 Offering an end-to-end solution for $155,000, HP’s machine is priced rather competitively. Currently there’s only one available material (nylon), but the company is planning to roll out more materials in the coming months, showing vast potential for future development.

Looking at these recent developments it’s easy to get caught up in the hype (once again) of each new 3D printing technology — but between the economics, speed and quality of these new systems, it truly seems we’re on the cusp of a future of fully functional on-demand and local production. Let’s allow ourselves to ride the hype wave a bit longer.