HSN is looking for the next big American consumer product. Today, 100 makers and entrepreneurs from around the U.S. will pitch their products for a chance to win airtime on HSN, a listing on HSN.com, a piece in Good Housekeeping magazine and its “Seal of Approval,” following testing. The products will come from across categories, like home, kitchen, toys, productivity, and yes, even tech.

The result of winning could be a “make or break” moment for the right company and product, as HSN reaches 96 million cable TV homes across the U.S., and Good Housekeeping magazine has over 25 million readers. Its coveted “Good Housekeeping Seal,” meanwhile, was introduced back in 1909 as a means of backing a product with a limited warranty and a refund or replacement up to $2,000 if the product turns out to be defective within two years following its purchase.

The contest is an expansion of HSN’s “American Dreams” initiative, started back in 2013, which encourages entrepreneurship by helping inventors bring their products to market. Last year, “American Dreams” partnered with established entrepreneurs like Bob Circosta, the first-ever HSN host; Daymond John, Founder, President, CEO of FUBU and Moguls Mobile; Randi Zuckerberg, founder of Zuckerberg Media; and Marc Portney, host of “All American Makers.” These entrepreneurs bring products to HSN from their own networks. 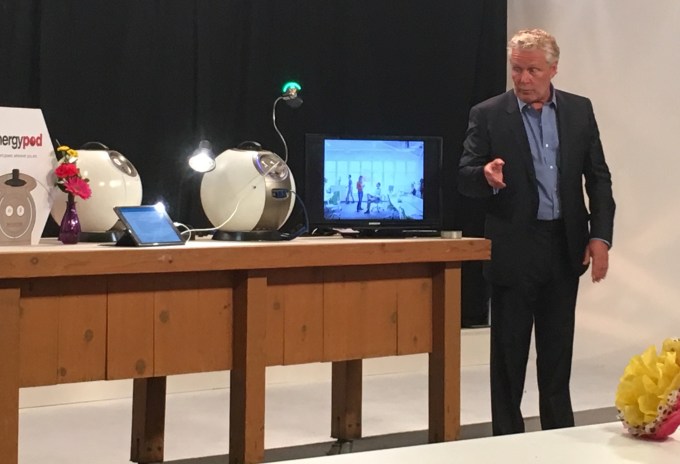 However, this is the first time HSN has ever held a pitching contest – something it says it plans to do more often.

He says the products are being judged on what they do and what problem they solve, but also on the presenters themselves.

“What’s their story? How are they presenting the product? Is it good presentation?,” he explains. The format is much like HSN’s own take on “Shark Tank” – something it Martinelli says was a source of inspiration.

Contestants first submitted their ideas online, then finalists were chosen to fly into St. Petersburg, Florida to pitch in front of judges. 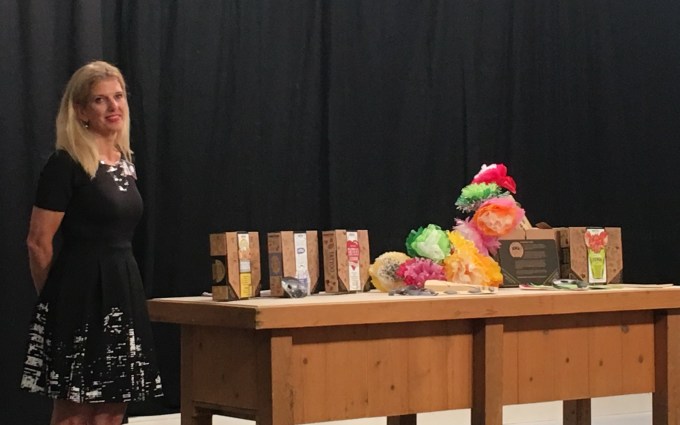 Judging will take place over three days, with 10 finalists selected in September to be featured in the December issue of Good Housekeeping, out on newsstands November 15. Then the public will be able to vote for their own favorite, which will be taken into consideration when HSN and Good Housekeeping select the final winner.

Though many of the products are for household use or a culinary treat, there’s also a chance that a new tech product could earn the top spot.

Unlike products on sites like Kickstarter, these tech products are ready for primetime – they already have an approved prototype and manufacturing partners in place, ahead of competing, HSN says.

However, due to inclement weather, not all of the companies were able to travel to present today. That means they won’t be able to be reviewed by the Good Housekeeping team, nor win the overall contest. But HSN says they’ll still be considered as part of its broader “American Dreams” initiative. That means HSN’s buyers may decide to move forward with the products, which would allow them to go on air to launch on HSN and HSN.com.

The tech product finalists are listed below.

(Those below with the asterisk are able to compete for the final prize.)

Beam’s smart projector can turn any flat surface into a big screen. The projector includes a smart computer inside its attractive casing. But what makes it interesting is that it can be integrated with your decor, as you’re able to screw it into any light socket. You can also use its power cable to place it on a flat surface instead. Plus, thanks to its mobile app for iOS or Android, you can stream content from sites like Netflix or YouTube, or you can stream from your device using AirPlay or Miracast.

This smart pet feeder includes built-Wi-Fi and a webcam, and allows pet owners to control the pet’s diet, medicine, and treat schedule from any device. The product, which has been in development for several years, includes six cup-sized feeding trays, and lets owners record their voice to talk to their pets.

This glow-in-the-dark disc is a toy aimed at kids…or college students and other adults who still play Frisbee. However, unlike other LED products, this one doesn’t require batteries to light up, because it uses Glowsticks instead. It’s also waterproof. You can mix and match the sticks, as well, for a more colorful experience. “It’s like a light show overhead,” says creator Angel Trichak, previously a surgical nurse. The $17.99 package comes with 16 glowsticks, which last 6 to 8 hours and are inserted into the top of the disc. You can buy extra sticks in packs, when those run out. The product, launched a year ago, is sold now in select sporting good stores, toy stores, museums, campgrounds, and elsewhere. 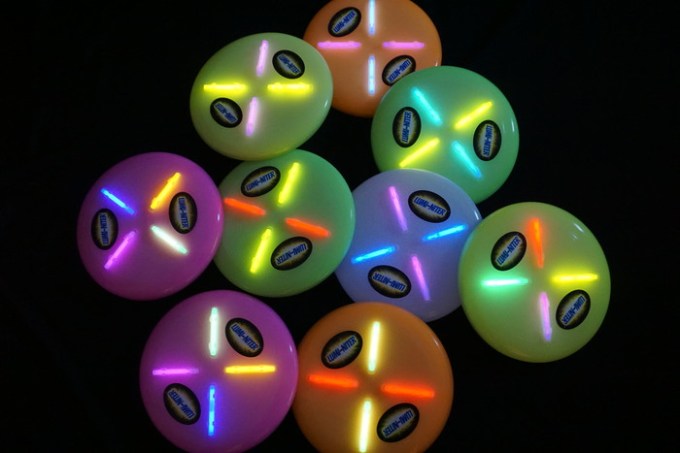 Maybe not as sexy, but ask anyone with kids if dealing with lice was easy, and they’d start crying. This new lice treatment device aims to solve that problem by offering a chemical and allergen-free way to remove lice. The product, from ToLife Technologies uses a combination of a combing and vacuuming function to remove both lice and eggs. 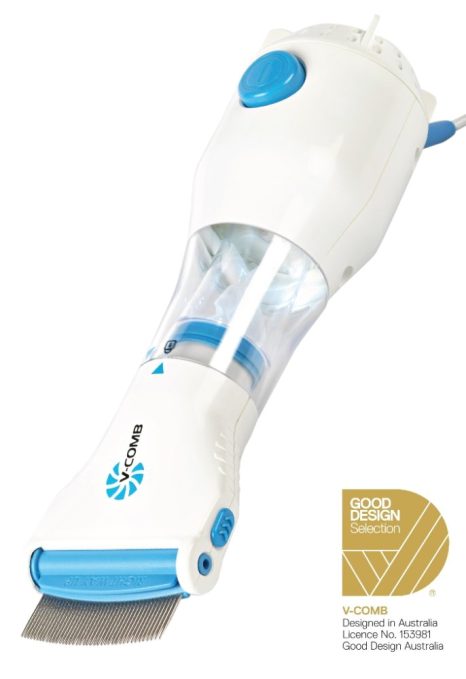 This product lets you receive digital TV signals over-the-air through an antenna. The system is designed for both indoor and outdoor use, and is weather resistant. It supports HDTV, 1080P TV, and 4K Ultra HD, and features a compact design. 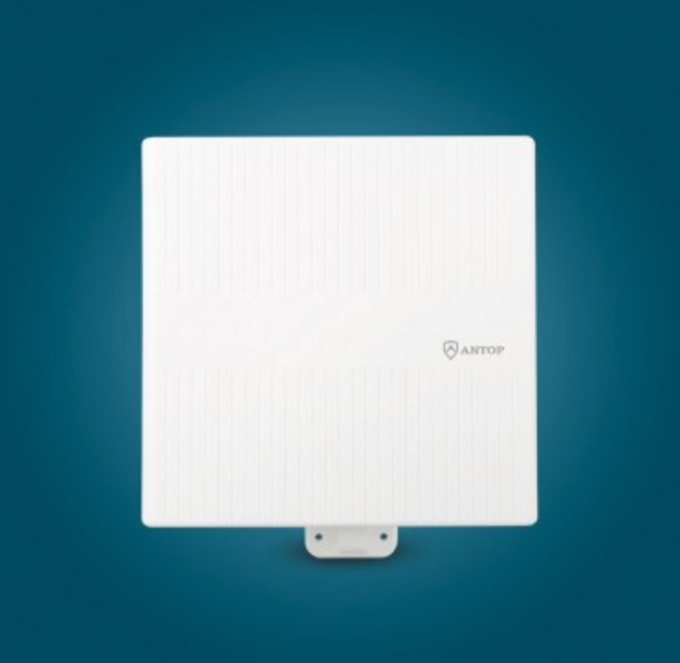 The iHOD (Independent Hydrogen on Demand) energypod is designed to offer a source of backup power – perfect for use during storms when the electricity goes out, camping trips, and more. The product offers 110v and USB power outlets for charging phones, tablets, game consoles, printers, and even appliances. The device produces power via a special dry-powder fuel, supplied in cartridges. Users have to add water, which combines with the fuel to produce electricity. (Note that we have not been able to test this or any of the devices today.)

Explains creator Mark Collins, an industrial chemist by trade, “other generators on the market are big, noisy and smelly…and most importantly, you can’t use them indoors…our energypod is completely emissions-free.”

The pods are not yet available for sale, but full production is expected for October. Retail pricing is expected to be around $899. Cartridges, which last for a few hours, and come in a 3-pack, are $20.

This smart hi-fi speaker has an Android-based platform and embedded 5″ touch screen which you can use to navigate through applications, content and settings. You can also download apps directly from the Play Store, as well as connect to your big screen TV via HDMI. 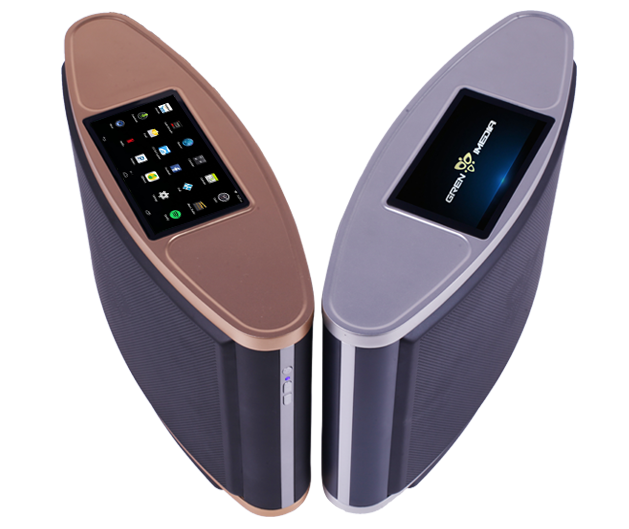 We’re not sure how this one slipped into the contest’s “tech” category, but the idea here is activity kits for kids which include things like sidewalk chalk, craft projects, markers, and temporary tattoos. Creator (and mom) Nicole Jakob explains that kits are designed to teach kids altruism. Each kit contains a mask, because it’s about doing good deeds anonymously.

For example, kids can decorate postcards to leave for people, or make tissue paper flowers to hang on fences that say “I made this for you…”

“It’s a mix between random acts of kindness and street art,” says Jakob.

Meanwhile the “tattoo” kit is meant to be the modern-day version of the lemonade stand, but where proceeds are donated to charity. The kits retail between $19.99 and $24.99. 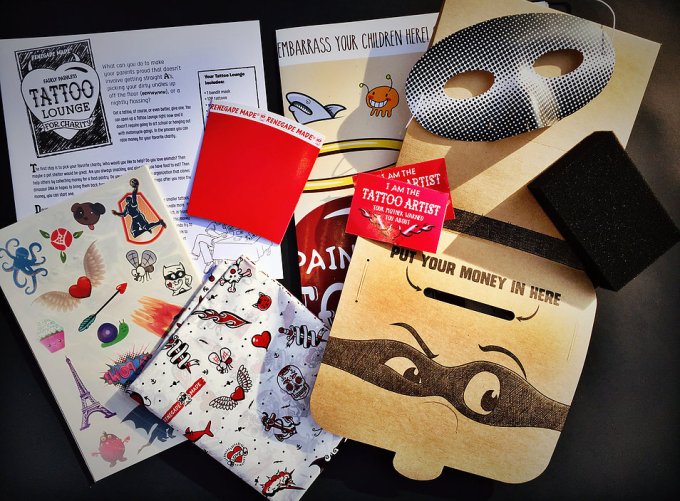