VR’s content problem has been baffling more than a fair share of co-founders in the space looking to create experiences or networks in the space. Sliver.tv wants to create the Twitch of VR and to do that, they’re building tech that turns 2D eSports title live streams into immersive spherical footage viewable on VR headsets and mobile devices.

Sliver.tv does all of this by relying on what they call a network of “virtual cameras.” The platform takes advantage of the full breadth of views available on these streaming network’s spectator mode and records the entire 360-degree spherical environment. 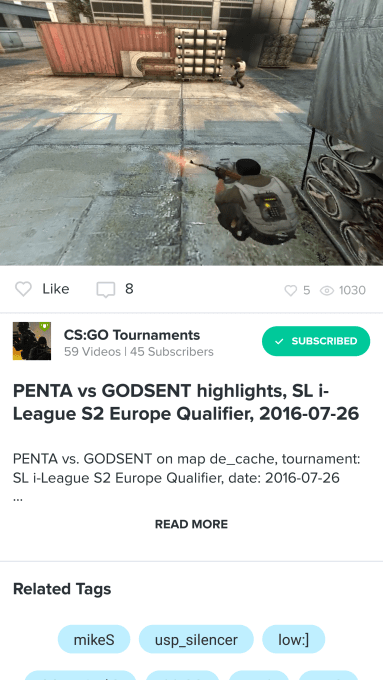 Today, the Cupertino-based company announced that it has raised $6.2 million in Seed funding. Participants in the round including DCM Ventures, Sierra Ventures, The Venture Reality Fund (VR Fund) and Japanese mobile gaming companies GREE and Colopl.

The stealth company also launched an early beta of its platform today for mobile VR on iOS and Android. Sliver.tv CEO Mitch Liu tells me that support for other platforms, including PSVR, Gear VR, Oculus Rift and HTC Vive will be coming soon.

Sliver.tv has its competitors, like the Seattle-based VReal, but Sliver’s main competitive advantages are the titles it hosts content from. Among the many supported titles at its launch, the service hosts content from the three most-popular eSports titles out there today, including Counter-Strike: Global Offensive, League of Legends and Dota 2. According to Sliver.tv, the combined audience of these three eSports titles on existing networks are composed of about 140 million viewers.

A key selling point on the platform for investor David Chao, a GP at DCM Ventures, was the fact that in a world where VR content is lacking, “[Sliver.tv] actually can make a lot of content out of existing content.”

Right now, the copious amount of stitching and data-gathering required by Sliver.tv means that viewers can only watch recorded footage and clips, not live content, but the team at Sliver.tv is rapidly improving in its ability to render and upload playback of the 360 environments, Chao tells me.

“Virtual reality has the power to create an immersive experience and bring a new dimension to spectating existing 3D games,” Chao detailed. “Sliver.tv’s platform will bridge VR and eSports in a truly unique and innovative way, and we’re excited about what the technology will bring to viewers globally.”

Sliver.tv holds an interesting value amongst those interested in keeping up with game streams. Not only does it give VR users a host of new content to enjoy, it gives traditional gamers a more immersive, in-depth look into understanding what’s happening in their favorite gamers’ environments.