CrunchBase, the database of startups, announced today the launch of its iOS app. The app allows users to look up information about companies, acquisitions, investors, funding rounds and business news, just as the website does.

“Now our users have the fastest way to search for innovative companies and leaders, read the CrunchBase Daily, and see what’s trending right at their fingertips,” said Jager McConnell, CrunchBase CEO, in a press release. 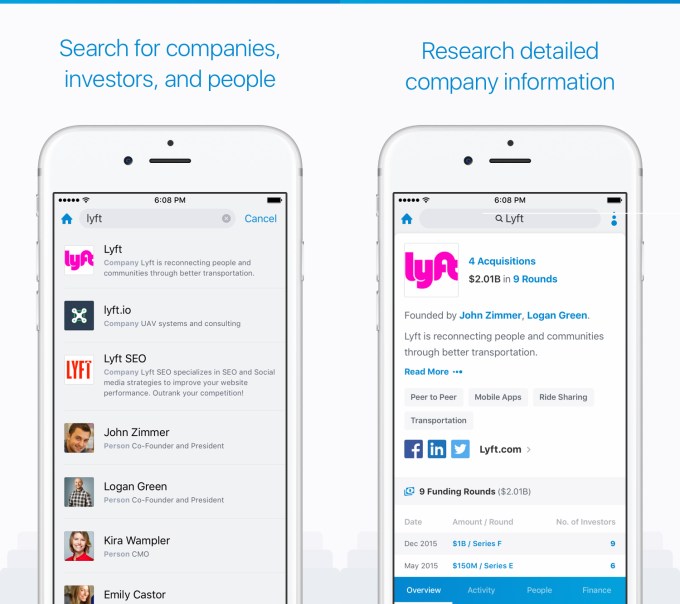 It’s not really clear if anybody would ever use the CrunchBase app over the website, especially because people are not crazy about news apps anymore. According to a report by The Knight Foundation quoted by Poynter, the growth of mobile news apps has slowed, with adoption rates mostly flat across the industry.

However, the fact that CrunchBase provides users with an extensive database about startups might encourage people to download the app. 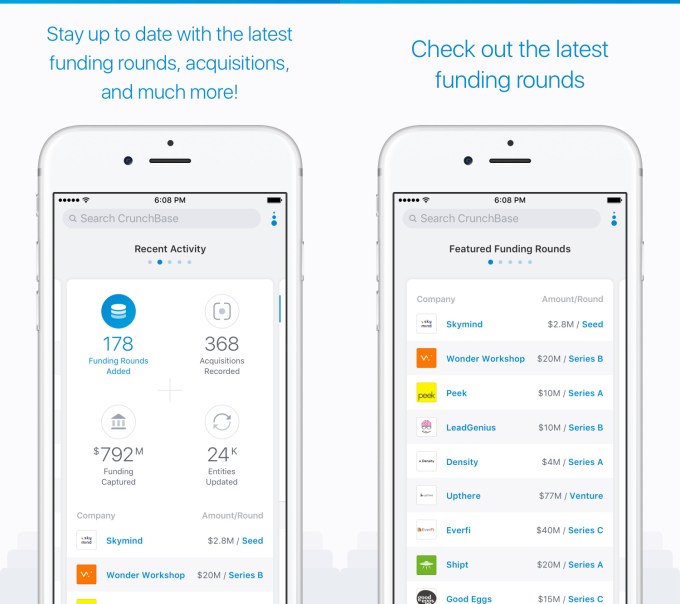 Developed alongside TechCrunch, CrunchBase started spinning out from AOL/Verizon last September thanks to an investment of Emergence Capital.

The CrunchBase app is available starting today at the App Store.