“What if I figured out a way to take Facebook from 2004 and bring it to 2016? What if every field in your profile was a full video” asks Facebook’s 19-year old product prodigy Michael Sayman.

The answer is Lifestage, a standalone iOS app for people 21 and under Facebook is launching today. It asks for your happy face, sad face, likes, dislikes, best friend, the way you dance, and more, but instead of filling in this biography quiz with text, you shoot videos. Lifestage turns those clips you recorded into a video profile others can watch.

While technically anyone can download Lifestage, anyone 22 or older will only be able to see their own profile. That’s because it’s built for high schoolers to learn more about their classmates. A quick swipe lets you block and report people too in case anyone sketchy tries to creep on the kids. 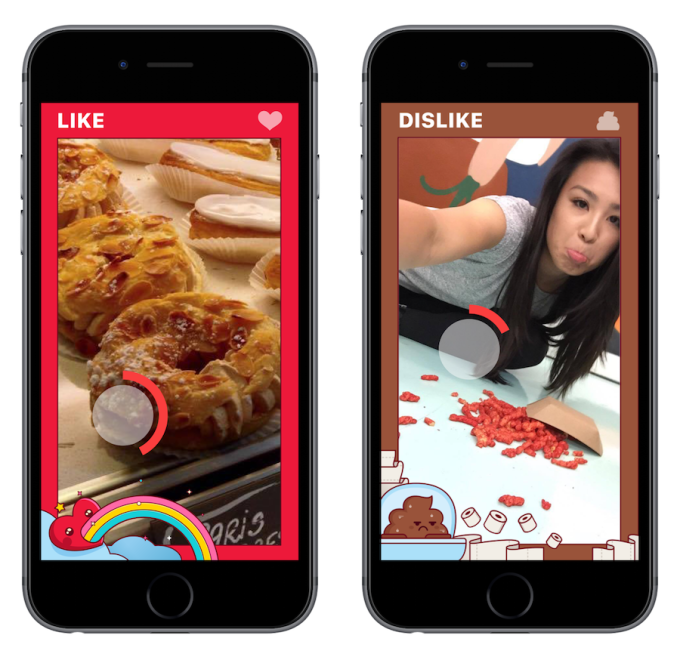 When you sign up, with no need for a Facebook account, you select your high school, and will then see the video profiles from people at your school or ones nearby. And for added virality, Lifestage only shows you other people once 20 people from your school are using it. That way, you nag your friends to join. In that way, it mimics the way Facebook was originally launched — school by school. Because social apps are no fun if you don’t know anyone using them.

Sayman isn’t another 30-year-old product manager from an elite college. His parents from Peru and Bolivia raised him Miami. There he taught himself to code at age 13 with tutorials he found on Google. His first product, a $1 app with tips for the Club Penguin game, earned thousands of dollars. That money helped his family stay afloat during the recession after their house was foreclosed upon. You can read about his journey in Carmel DeAmicis’ profile of Sayman. His big break came when he overheard his sister on the phone, sending photos to a friend and trying to make her guess what word they represented. That inspired __ to build 4Snaps, a photo-charades app. Thanks to a revenue share partnership with marketer Instafluence, 4Snaps reached #1 on the word games chart with a few million users.

By then the app was overloading the free tier of Parse, the Facebook-owned mobile backend hosting service. Sayman negotiated a massive discount that let him keep operating 4Snaps. But Mark Zuckerberg ended up inviting Sayman to come visit Facebook, create a special presentation for its F8 conference, and eventually intern there.

He’s spent the last two years getting acquainted with the social network and coming up with the idea for Lifestage. “I wanted to work on an app that my demographic would relate to, or at least that my friends would want to use.” Along with a team of three engineers and one design contractor, Sayman is now ready to ship his brainchild.

Your Life On A Stage

To build Lifestage, Sayman tells me “I went back and looked at Facebook from 2004. At the time I was in 2nd grade.” Thanks for making the rest of us feel old, kid. Back then Facebook opened to your own profile, not the News Feed. Lifestage works similarly. You’ll see a bunch of bio questions you can answer with videos. The more you fill in, the more questions are unlocked.

In the feed you’ll see people from your school that have recently updated their profiles, which you can tap through to see specific answers, or swipe through to skip to different sections.

Lifestage could capture the attention of teens that Facebook fears might slip away to Snapchat. Facebook has a poor track record with standalone apps, though, having shut down Poke, Slingshot, Paper, and Notify. Instead of succeeding on its own, Lifestage could teach Facebook how to improve its profiles with video, since Mark Zuckerberg wants “video at the heart of all our apps and services”