Happy Gamescom week, everyone. The folks at Lenovo are celebrating Europe’s biggest gaming event with a pair of PCs aimed at embracing virtual reality, doing so with an almost sci-fi-like panache.

The desktops are constructed from all sorts of strange and dissonant angles, culminating with a glowing red “Y.” And while they certainly look the part, it is, naturally, what’s inside that counts here.

The lead product is the somewhat geometrically misleading IdeaCentre Y710 Cube (though what shape the thing actually is, I can’t really say for sure). The relatively compact little gaming desktop weighs in at 16 pounds and sports a 6th Gen Intel Core i7 processor, Nvidia GeForce GTX 1080 graphics, up to 32GB of RAM and as much as 2TB of hard drive storage (or 256GB max, if solid state is your thing).

There’s also an integrated Xbox One Wireless receiver on board, for Microsoft controllers, and Lenovo’s keyboard and mouse can be added on as options. The Windows 10 desktop will start at $1,300 when it goes on sale in October. 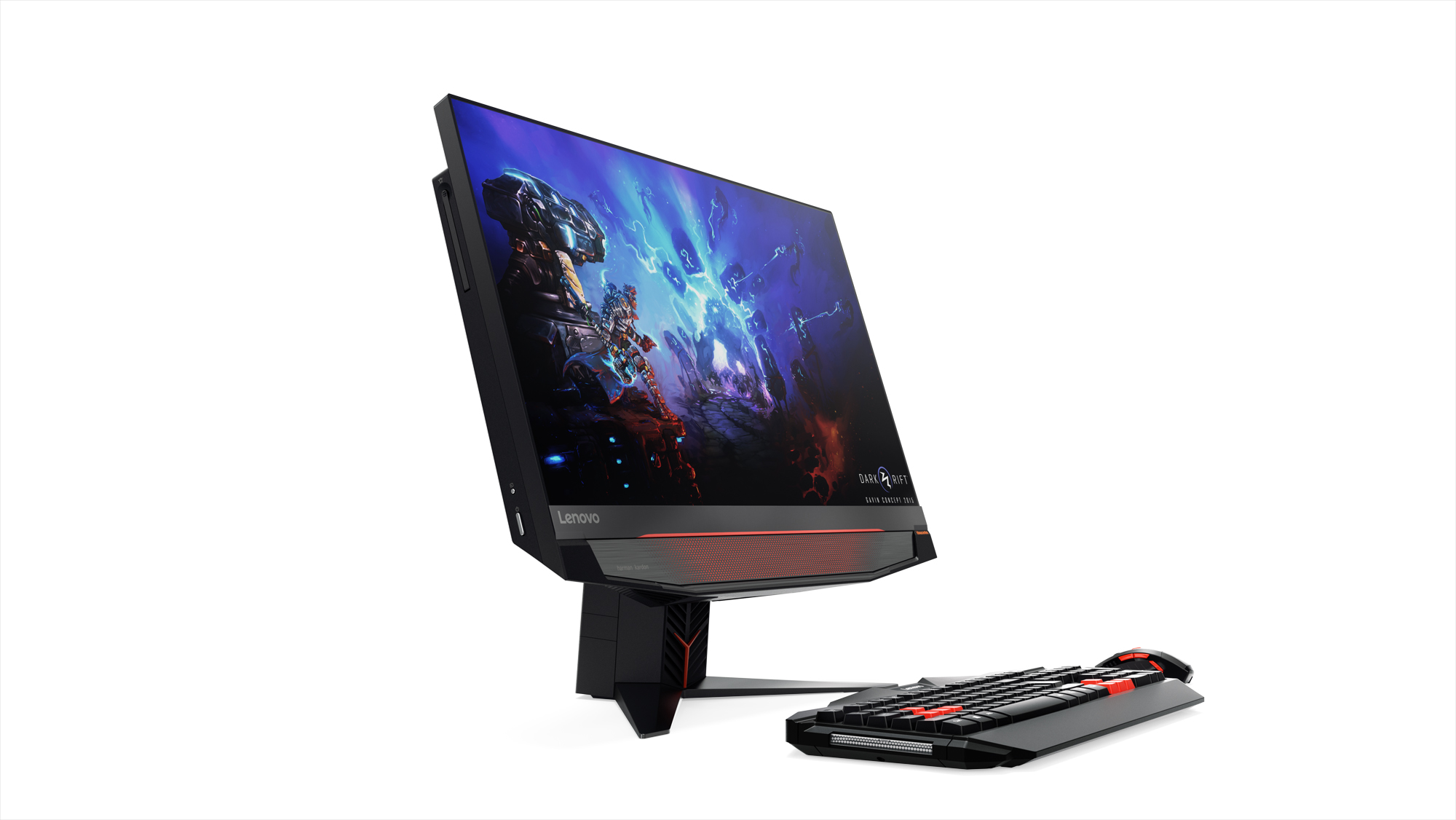 Also new is the IdeaCentre AIO Y910 which will hit retail the same month, running $500 more. The all-in-one sports a 27-inch 2560×1440 display, Harman Kardon-branded speakers and similar options as the Cube in terms of processor, graphics, RAM and storage.