Don’t expect Spotify’s lackluster attempt at original video to help it defeat Apple Music or YouTube. The three-minute clips produced in partnership with new media company ATTN are no more compelling than any freely available videos on the web.

Spotify’s first series called “Deconstructed” features animated shorts about outdated national anthems, LGBT rappers, and artists who act like witches. The first episode about the birth of house music will premier today in the Videos & Podcasts tab of Spotify’s app, with more coming later. Here it is:

Back in May, Spotify announced it would create 12 original series to bolster its new in-app video collection. They include:

The problem is that original content only moves the needle if it’s unique, must-see, and and the topic of conversation. Think Game Of Thrones or House Of Cards. Those shows push viewers to pay for HBO or Netflix because they’re so good an only available on their producers’ platforms.

But the first episode for Spotify’s Deconstructed was more like an animated infographic. No real drama or story beyond the history lesson. The narration is forced and smarmy. It feels like an overpriced startup launch video mixed with a purposefully viral but shallow BuzzFeed clip. 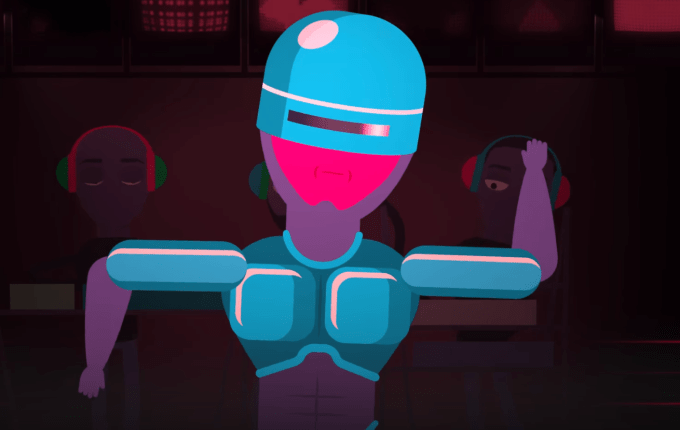 In fact, Spotify planned to launch with three different episodes, and lead with the extremely boring one about how old national anthems are racist or violent. Then suddenly, last night it changed course, hid those three episodes, and launched with only this “How EDM Changed The World” dreck. Apparently Spotify isn’t fully satisfied with the quality either.

At least next week it’s launching a series featuring Metallica, which could be more interesting since they’re the band that brought down Napster. That might be better competition for Apple Music’s own video initiative, which will include its newly acquired series Carpool Karaoke.

There’s no real reason to watch Spotify’s new videos over anything else on the Internet. That means it won’t lure people into its 100 million listener, 30 million paid subscriber community. Spotify needs to focus on products that reinforce the value of its core competency, music, rather than messing around with video. Its new Release Radar playlist is a good example.

Rebranding Spotify as a video service is a tall task for a startup still trying to stabilize its business model. Video is already ruled by huge companies like YouTube and Netflix. And lest anyone forget, Rdio tried to launch a Vdio service that distracted the company at a make or break moment on the road to ruin.

If Spotify is trying to find things for people to watch while they’re listening, it should create endless photo slideshows of the artist you’re hearing. Or create custom visualizers for the biggest bands. Or lean heavier on its Pop Up Video-style lyric and song meaning integration with Genius. Or at least leverage its connections with artists to focus on filming differentiated content that someone couldn’t just animate at home like Deconstructed.