This apparently bears repeating: putting resources toward attracting and hiring diverse candidates is useless if you can’t retain them. I’m looking at you, Intel.

Intel, which last year made a $300 million commitment to foster a diverse and inclusive workplace, released its mid-year diversity report yesterday, and the results are nothing to be proud about. Intel has until 2020 to hit its goal of employing a workforce that is representative of the talent available. But Intel, like most tech companies, is still predominantly white (53%) and male (~75%).

This begs the question of why Intel is losing people of color. Intel says it’s related to the workforce restructuring that resulted in layoffs, but my theory is that it has something to do with the fact that not everyone at Intel is on board the diversity and inclusion train. Considering that employees have threatened Intel’s leadership team for its stance on diversity and inclusion, I would imagine that those people are less than welcoming to their diverse co-workers.

“One of the biggest learnings we’ve had this year was that, while there are positive trends in the hiring of underrepresented minorities and our representation of women, we have a ways to go on our journey to making Intel a truly inclusive place,” Intel’s leadership team wrote in the report. “Through data we’ve gathered, conversations we’ve had with employees around the world, and new initiatives we’ve launched, we know we have more work to do to make Intel a place where every employee can bring their full selves to work, and where everyone is heard, valued, and feels they belong.”

On the bright side, Intel has added a second woman to its board of directors, electrical engineering professor Dr. Tsu-Jae King Liu. Intel also highlighted its analysis of pay data cross racial identities for the first time, showing a 99% pay equity for URMs. Intel says it hopes to close the pay discrepancy gap by the end of this year. 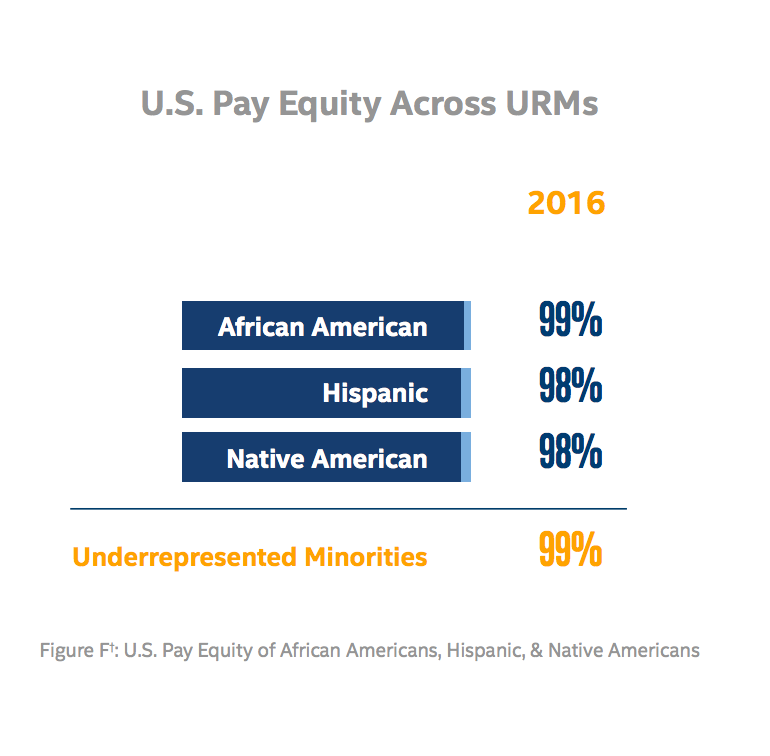