Close your eyes. What do you see when you think about artificial intelligence? Hal 9000 defying human orders? Ava savagely murdering her maker? What about ARIIA taking over the country from deep inside the Pentagon?

With a new competition, XPRIZE and IBM Watson challenge us to think slightly more pragmatically (or at least less apocalyptically dystopian) about the implications of artificial intelligence research on the future of humanity.

To date, more than 1,000 people have registered to form teams with plans to tackle such issues as health, climate, transportation, space travel, robots, city planning, surgery, education and even civil rights. Because the competition is an open challenge, teams are expected to come up with criteria on which they will ultimately be judged in 2020.

Some teams may be backed by corporations or angels, while others may go it alone as a team. Labs, startups, a group in a corporation or even a spinoff can constitute a team.

“We think this prize specifically might drive a lot of financing activity,” said Amir Banifatemi, XPRIZE lead for the competition.

The interdisciplinary nature of the competition is what makes it so exciting. Teams may be comprised of some folks adept at traditional skills, like machine learning, and others with knowledge of cognitive science, mathematics, linguistics and even design.

The AI competition officially starts in March 2017 and offers a number of check-ins and milestone awards. The final presentation will be at TED 2020. Because the challenge will occur over multiple years, final projects will include technologies and utilize skill sets that don’t exist today.

XPRIZE was founded 20 years ago to catalyze radical breakthroughs that could benefit humanity. The nonprofit gained recognition for coordinating the Ansari XPRIZE for suborbital spaceflight, which resulted in the flight of SpaceShipOne in 2004.

The winner of the AI prize will receive $3 million courtesy of IBM, with the runner-up getting $1 million and the third-place recipient getting $500,000.

If you think you have what it takes to change the world with AI, register here. 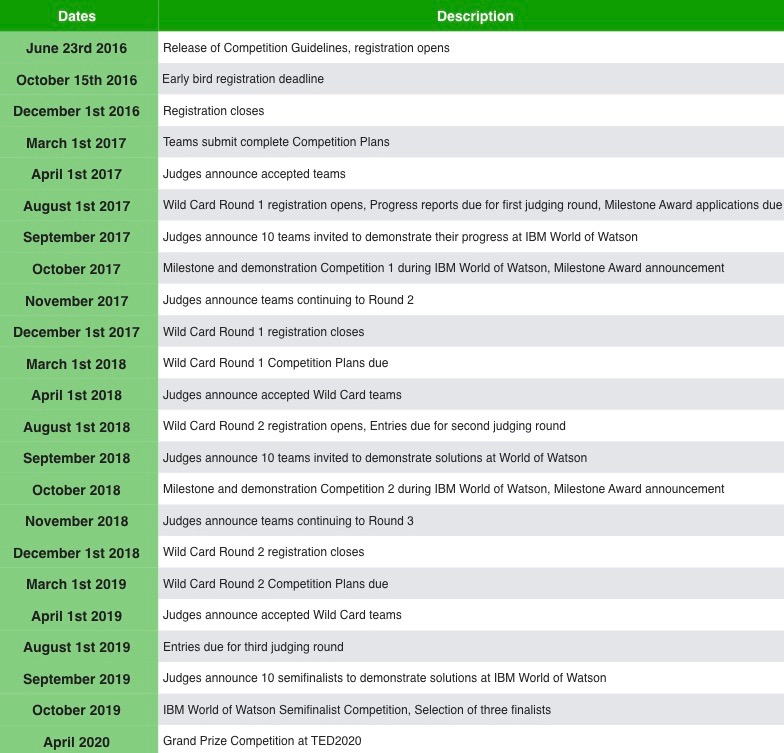