Good-enough goes a long way when combined with network effect. You don’t always need to be better to win, you just have to rob your competitor of its appeal. Why would people stray if you provide convenience, even without quality?

Snapchat invented a brilliant format for sharing day-to-day life: photo and video slideshows jazzed up with commentary that disappear after 24 hours so you’ll share an unpolished window into what you see. It quickly eclipsed the popularity of Snapchat’s 10-second exploding private messages, and made the app grow to 150 million daily users.

Snapchat Stories became the home for all your posts that weren’t perfect enough for Instagram’s feed. Their ephemeral nature starkly differentiated Snapchat from Facebook and Instagram’s permanency. With people sharing more and more, Stories looked like the next big social medium, and threatened to steal content and attention from Instagram.

So Instagram dug up a plan from Facebook’s 2011 playbook.

It was never a “Twitter-killer.” It didn’t have to be.

It wasn’t better than Twitter. Updates didn’t appear in real time. Not all the best content creators turned on the feature so they could be followed. At the time, there were no hashtags and no trending topics. It lacked the off-the-cuff town-square-discussion feel of Twitter. 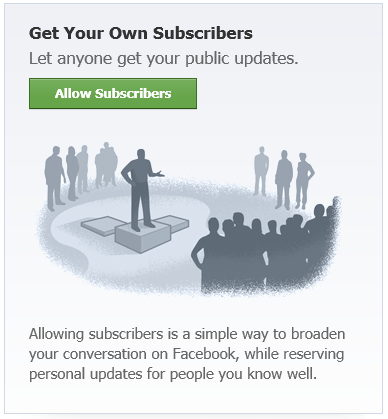 But Subscribe wasn’t trying to win back diehard Twitter users. It was never a “Twitter-killer.” With Twitter at 100 million users compared to Facebook’s 800 million, it was still early, so it didn’t have to be.

The goal of the good-enough strategy is to hinder your competitor’s future growth, not steal what they’ve already gained.

For some, Facebook Subscribe was good enough that they didn’t have to join Twitter. Subscribe lived in the News Feed they already visited. You weren’t required to sign up for another account and learn a new vocabulary or interface. And you didn’t have to build a new audience or feed from scratch.

It didn’t kill Twitter, but it seems to have made it less necessary for people who already used Facebook. Five years later, Twitter has only grown to 313 million users, while Facebook is now at 1.71 billion. Facebook is still trying to get better at real-time, public content, but Twitter’s problem is that it can’t make a compelling case as to why everyone needs it. Facebook’s good-enough clone removed some of that need. But Instagram Stories may be good enough to slow Snapchat’s growth, especially amongst existing Instagram users. Instagram Stories appear at the top of the feed, so there’s no way to miss them. The core drawing and text overlay tools are there. And most importantly, you don’t have to build a new audience on a different app.

Facebook’s previous attempts to clone Snapchat failed because they tried to create an “even-better” version.

Again, most Snapchat loyalists probably won’t drop it all together. Dozens of my friends are already playing with Instagram Stories, and a few have in fact stopped Snapchatting. The real target for Instagram Stories, though, are all the people who’ve been curious about Snapchat’s fun creation tools and format, but either tried and abandoned it, or wrote it off as just for teens or too much work to adopt.

If it doesn’t work out, Instagram could still scrap the Stories feature. The only cost will be some development time and the insults that it copied Snapchat… which Instagram CEO Kevin Systrom deftly deflated by fully admitting to me in an interview that “they deserve all the credit.” With or without Stories, Instagram still dominates polished social media the way Facebook would have still dominated big life event and opinion sharing even without Subscribe. 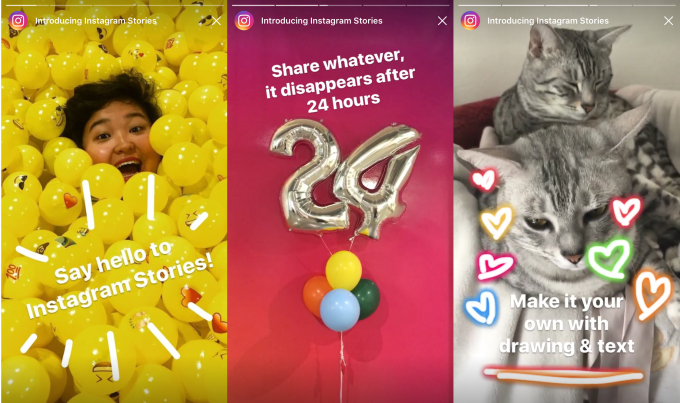 If Instagram Stories is a success, it may be able to defang its most dangerous adversary. Facebook’s previous attempts to clone Snapchat like Poke, Slingshot and Bolt all failed, largely because they tried to make an “even-better” version of Snapchat that could go toe-to-toe with it as a standalone app. Here, Facebook wised up and baked a good-enough version into an already popular app.

Instead of trading on its core Stories format, Snapchat must instead compete with bonus features, authenticity and the strength of its early community. Instagram didn’t kill it with good-enough, but it may have hurt Snapchat’s ability to reproduce.