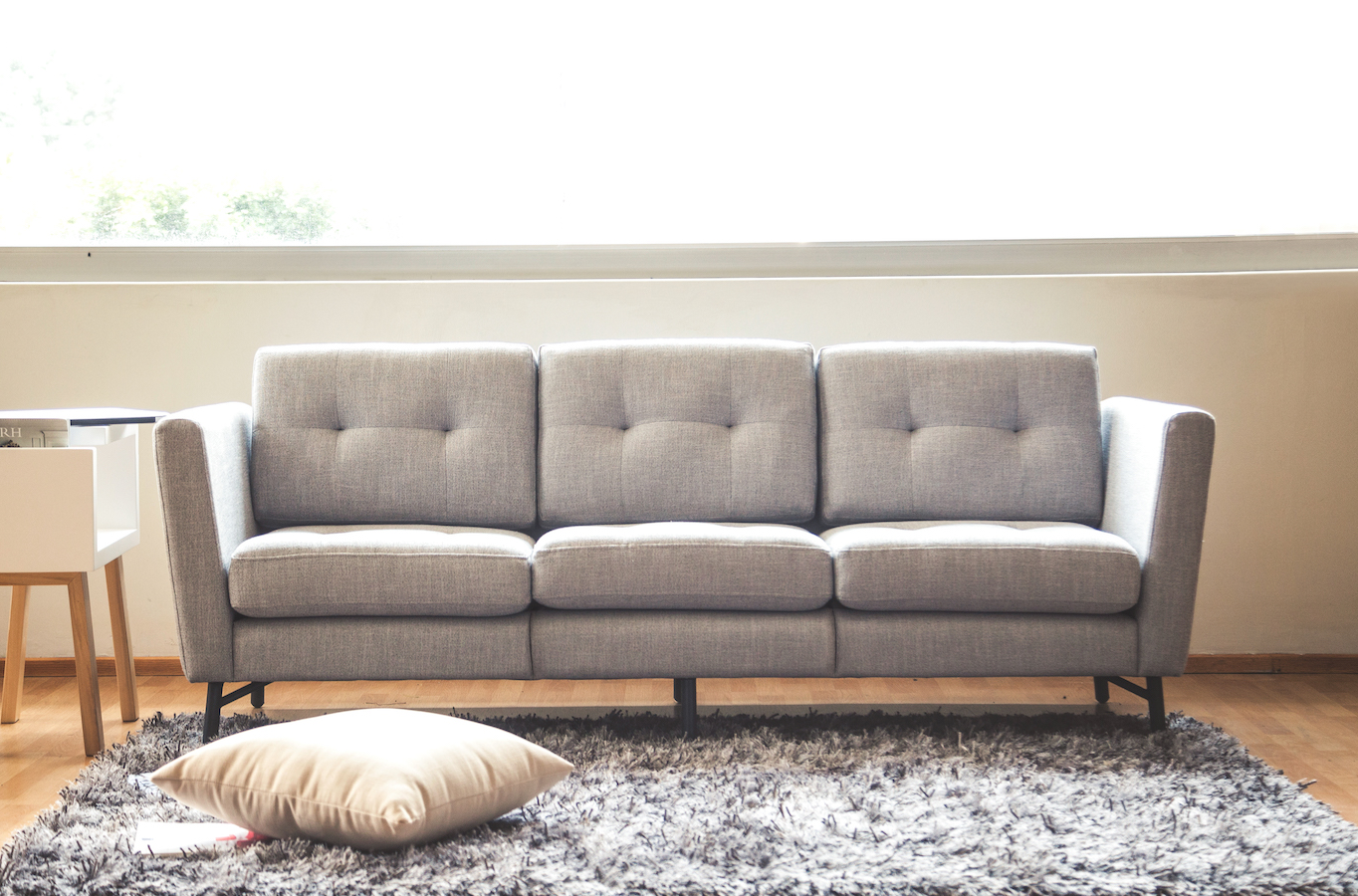 Not unlike when buying a mattress, most people find themselves picking one of two* options: heading to a chain couch store and haggling with someone who needs to keep the price up for the sake of commissions, or saying “screw that” and heading for IKEA. Then you’ve gotta deal with getting the thing to — and in — your house.

(* or, of course, option three: finding a free couch on craigslist and forever wondering why it smells like cats despite the post specifically saying “comes from a cat free house”)

Companies like Tuft & Needle and Casper put a dent in this model by focusing on direct-to-consumer, one-size-fits-most mattresses. They ship to your door, compacted as much as possible to fit up narrow stairways, sans showfloor negotiations or reseller markups. Don’t like it? You get your money back.

Burrow, a company in YC’s Summer 2016 class, is trying that same concept with couches. They’ll have one model of couch at first, and it can be customized in a handful of fabics in a two-seater or three-seater design.

Burrow’s couch is modular and designed to be moved from house to house. The company’s founders tell me they were inspired when they saw peers paying couch cutting/disassembly services to physically cut apart their couches for the sake of getting them up narrow New York apartment stairways. Ross’s troubles are real:

Like Casper et al., you buy Burrow’s $850 couch straight from them, shipping is included, and you’ve got 100 days to decide whether or not you like it.

That puts it a notch above the big box couch stores, sure — if only because you don’t have to worry about negotiating or whether or not you’d be better off waiting two weeks for some big holiday sale. But how is it better than, say, Ikea?

According to the founders: it’s all about the assembly process. They’ve designed this thing to come together in “under 10 minutes without tools”. (I actually put together Ikea’s Norsborg sofa just a few months back, and was surprised at how damned long it took. It wasn’t hard, just tedious.)

While I like the idea of fixing the couch-buying process, I worry that the one-size-fits-most model doesn’t translate as directly as it may initially seem. Unlike mattresses, which generally go covered/unseen for most of their lifespan, the couch is often the biggest, most visible thing in one’s living room. Last time I bought a couch, it took me and my wife a half dozen trips to every couch store around to find one we were both happy with. Mattresses just need to be comfortable – couches need to fit your style, your room, and your life.

At this point, Burrow is focusing on one couch design. You can tweak the color/fabric, add a third seat, and options like different legs and arms are coming down the road — but if you don’t like the overall look and shape, you’ll have to look elsewhere. Meanwhile, recommending the company to your friends means they’ll end up having the same core couch. A different color, perhaps; different legs, even. But it’s the same couch, and these are things plenty of people care about.

With all that said, they’ve put a touch on this couch I truly appreciate: built-in power outlets and USB ports. I’ve seen this in some big-box couches (and immediately went home and busted out a drill and added a hub to my own couch), but I hope this becomes standard industry-wide. And while it’s about as subjective as things come, the design they have now is something I could see in my living room. And little touches like reversible pillows that are tufted on one side but not on the other for on-the-fly customization show they’ve put a good amount of thought into this design.

Burrow is still in its early days — they’ve shipped couches, but only in limited numbers. They’re working on durability testing now, bringing in an outside firm to bust out robots to quickly simulate year-after-year of plopping down onto the couch at the end of the day.

If you want to be one of the earlier adopters, they’re taking reservations for October now. 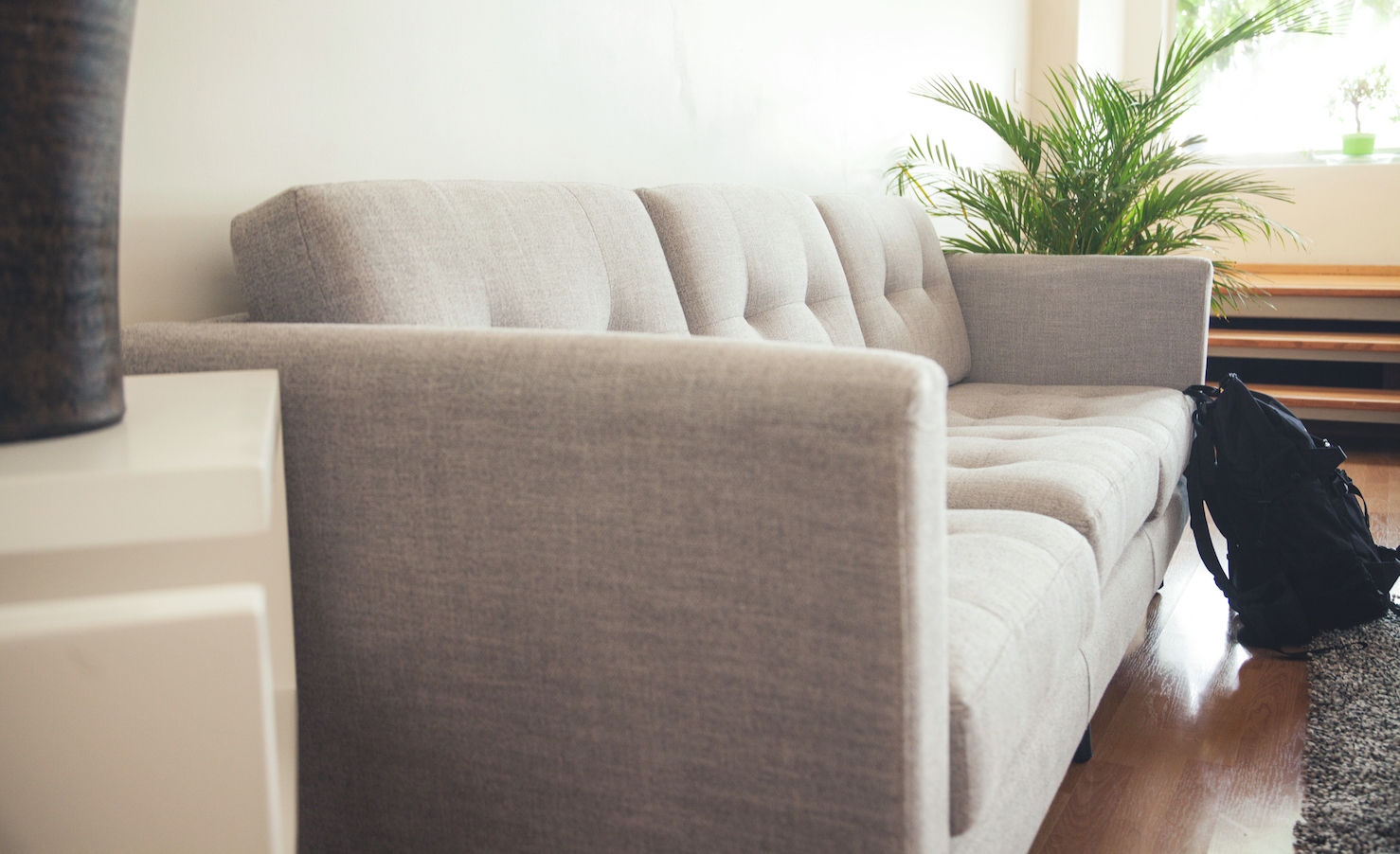