When I was in high school, a friend of mine wanted to brew his own beer and his setup involved a bath tub and a lot of food safety risk. Alchema, a new Kickstarter project, shows just how far home-brewing has come in a relatively short time, and also rides the wave of interest in cider, or what I like to call “drinky fruit.”

Alchema CEO and co-founder Oscar Chang wanted to make home brewing of cider (and wine, and mead – drink of the gods) easier, safer and more accessible. Thus the Alchema was born, first conceived and prototyped in 2014, and with samples polished enough for demos in Target and Brookstone locations built as of May this year. The working sample got them into hardware accelerator HAX, and now they’re using Kickstarter to bring the product to market, with a funding target of $80,000 and reservations of early units staring at $299.

If you’re concerned about technical proficiency limiting your cider-making abilities, don’t be: Alchema’s designed for simplicity, and the process is not much more complicated than operating a slow cooker. 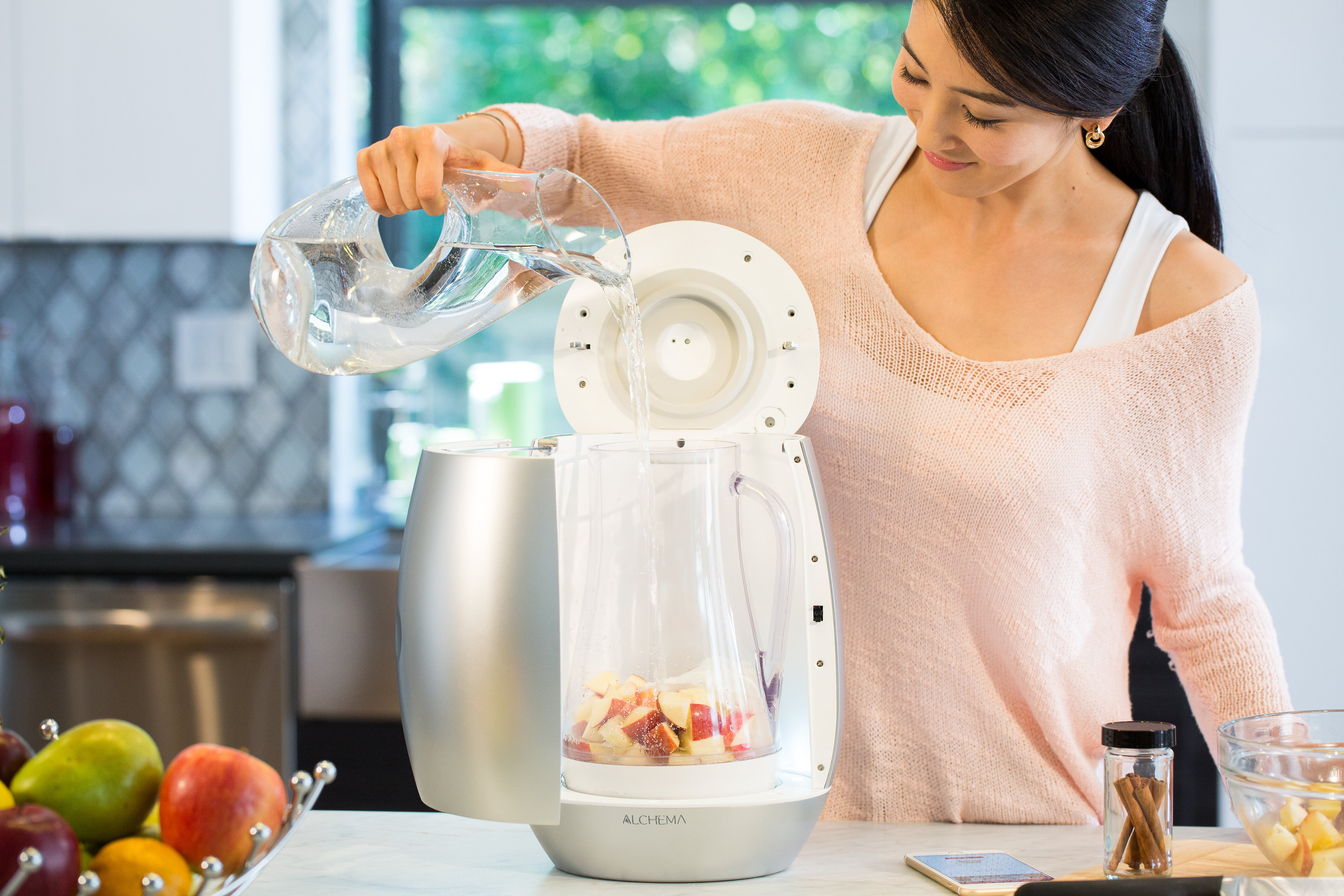 Essentially you download the Alchema app, connect to the machine’s dedicated Wi-Fi network and log it onto yours, then choose a recipe from within the app. The recipe tells you exactly what ingredients you need to add. Before you start putting them in the Alchema pitcher, though, the machine runs a sanitization process, using UV light to kill bacteria (which also means you never use any chemicals to clean the pitcher).

When adding ingredients, you simply fill the pitcher with the requisite thing in the order the app tells you. A built-in scale in the brewer itself weighs them as they’re added, and will tell you when to stop via the app’s super clear and simple UI. That means you never even have to get out a measuring cup. Once everything’s in there, you add yeast to the mix to get the brewing process going, then leave the apparatus for around one to two weeks, depending on the type of drink you’re making. The app provides info via sensors throughout the brewing process, and notifies you when it’s ready to drink. 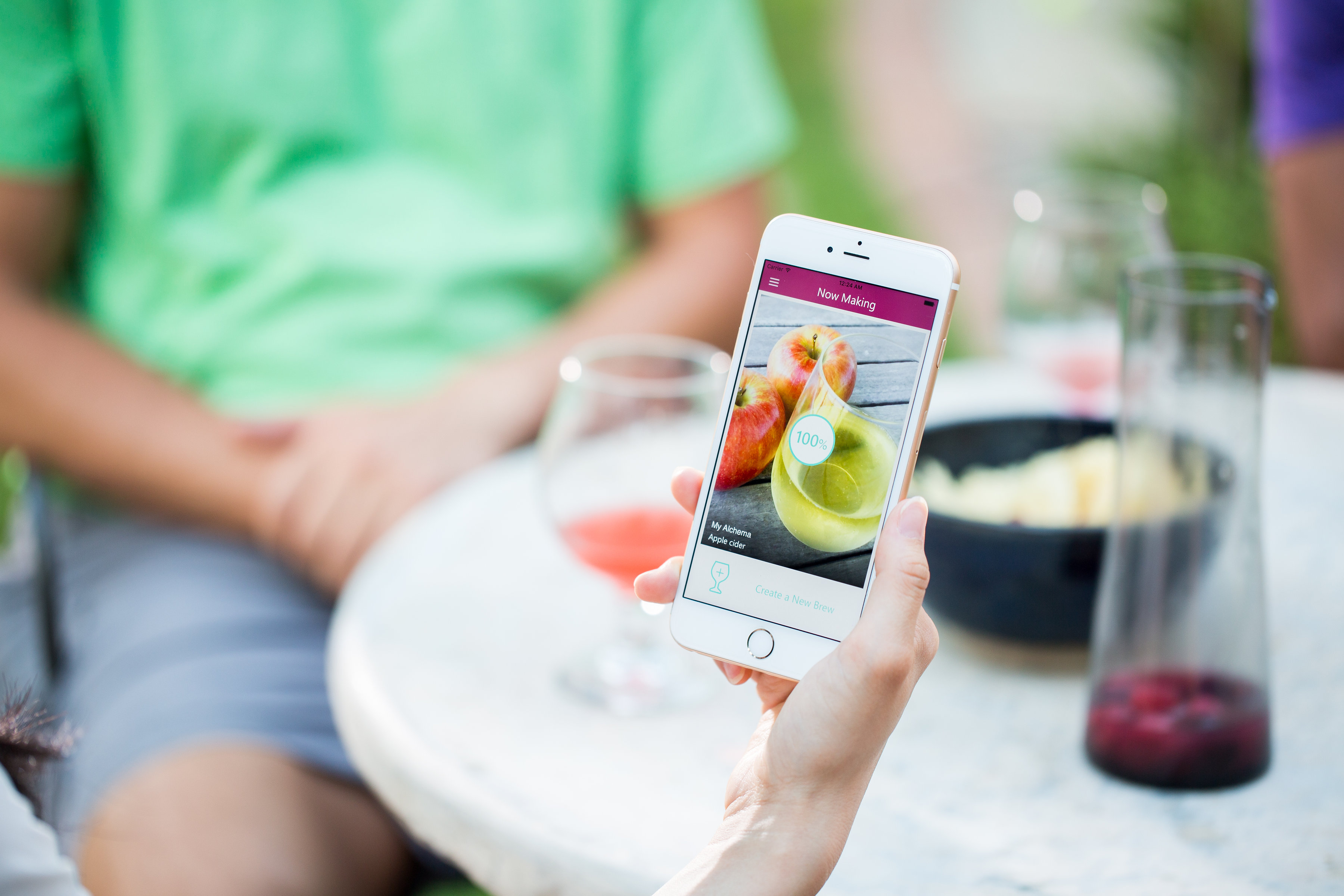 The Alchema team aims to ship product to backers beginning in July 2017, so you’ll have to wait a year to get your brew on. But the hardware is already working and productized, so Chang and his team are already a step ahead of most crowdfunding projects. The more pressing worry for potential backers might be that the cider craze ends before you get the chance to impress your friends, but the mead wave is only just beginning.