BevSpot has found a problem worth solving: preventing your local bar from running out of your favorite tipple. Raising an $11 million Series B round from Bain Capital Ventures and other select drinking buddies, the company will be upping its product development and global market expansion in the web-based beverage management space.

The company creates a series of web and app-based tools to facilitate alcohol inventory and invoice management. It also ties in to point of sales systems, enabling BevSpot to offer powerful business metrics to an industry that’s traditionally been lagging behind a bit. 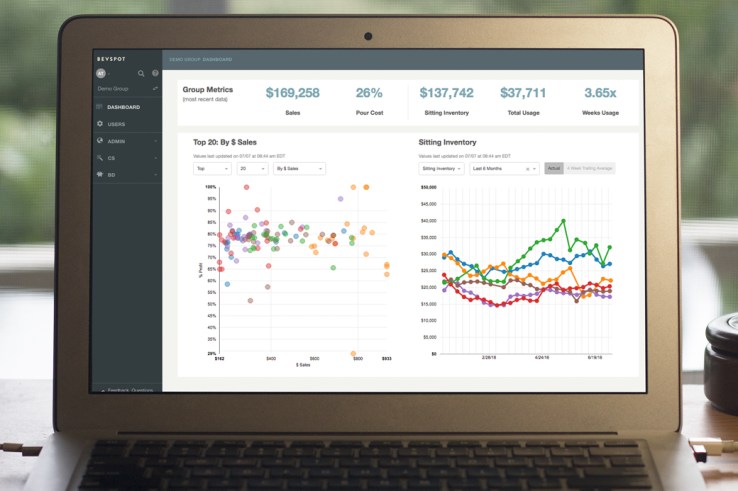 Gary! We seem to be selling a lot of those orange dots. Quick! Order us some more!

By being able to track sales and throughput, the software makes it possible for businesses to streamline their inventory by taking beverages that aren’t selling and avoiding the “OMG we’re out of PBR” moments that plague some watering holes.

BevSpot has more than 400 customers from a range of different hospitality categories, including restaurants, bars, nightclubs and hotels. The majority of its business is in the U.S., but the money raised will facilitate further international expansion.