I’m not a surfer. I can barely stand up on a skateboard. The sport does look thrilling in the slo-mo action videos you see on YouTube and I’ll admit that when I have been to the beach and seen surfers effortlessly pounce on waves, I have looked on with some envy.

Regardless, this is where Dorsal—the app and crowdsourced ecosystem by startup Fruitful Tech—aims to arm beachgoers, surfers and other water recreationists with the latest, verified reports of shark sightings. This verification is important and I’ll come back to that, but first know that the idea spawned from co-founder Allan Bennetto after concerns about sharks while surfing in his native Australia.

With both International Shark Attack File and National Geographic reporting a record 98 unprovoked shark attacks in 2015, Allan built the main technology piece of Dorsal while his cofounder/GM of Americas and also pro surfing champion Sarah Beardmore (pictured above) focused on globalization strategy.

And at long last, this brings us to the news at hand that Dorsal—which launched as an app and website in Australia in 2015, (30,000 app downloads and over 200,000 daily website/report visitors)—is now officially available in the USA. To be clear, it’s been soft launched here since June 8th. But it’s good timing as the United States had more attacks than any other country last year with 59.

While maintaining the website at dorsalwatch.com, their strategy clearly serves users best as a location-enabled mobile app and thus there has been great focus by the team building out their three main tentpole apps: the previously mentioned Dorsal, Dorsal CMS and Dorsal GPS.

Dorsal is the crowdsourcing part of their mobile app ecosystem. Sort of “the Waze of shark spotting” the app lets anyone who sees a shark in the ocean subsequently file a report (complete with geolocation). The same app can provide alerts for sightings. 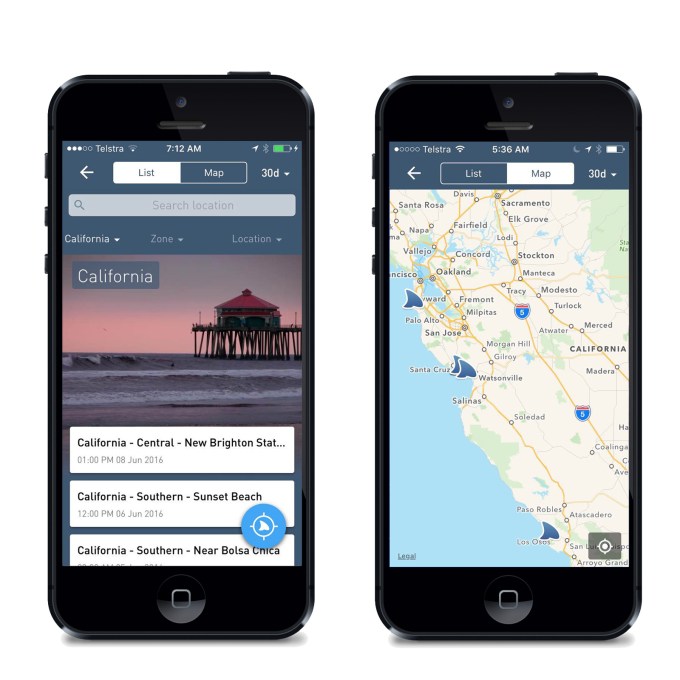 Dorsal CMS is the app for moderators and volunteers who work with authorities to verify and edit public reports. This adds a layer of scrutiny and curation to crowdsourced reports and prevents misuse or phony reports from cluttering up the ecosystem.

Dorsal GPS is an app the team originally built for their partner Specialized Helicopters. The app has a much simplified interface (essentially one big button) and allows helicopter pilots and spotters to easily mark the GPS coordinates of a sighting while filling out the other report details after they safely land.

I spoke with Sarah Beardmore by phone and she indicated that there are many more technologies on the horizon, like A.I. enabled drone spotters and wearables to alert surfers actually in the water. Their future plans can be parsed from their workflow below. 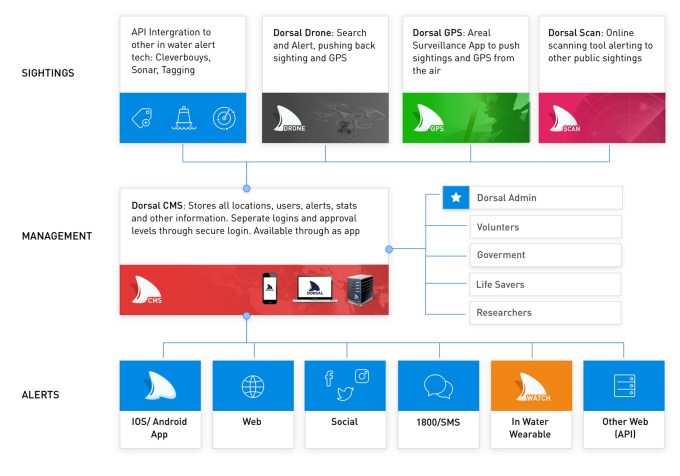 But for now, globalizing and expanding their existing technology is front and center for the startup and the USA is a big next step.