This week, Microsoft bought LinkedIn, Apple’s WWDC took place and the E3 gaming trade show had the tech world talking. These are the stories you don’t want to miss this week.

1. Huge news this week in the world of M&A: Microsoft bought LinkedIn for $26.2 billion, or $196 per share, in cash. LinkedIn is keeping its branding and product, and it will become a part of Microsoft Office. LinkedIn’s CEO Jeff Weiner will report to Satya Nadella. And if that wasn’t enough for one week, Microsoft also bought Wand Labs, a startup that develops intelligent messaging apps.

2. Apple’s WWDC took place in San Francisco this week, and a slew of new announcements came in. Apple Watch got an overhaul with watchOS 3, which includes an SOS button, instant loading of apps, “Scribble” and new faces. tvOS picked up Dark Mode, Single Sign On and Siri voice search. OS X rebranded to macOS, and the first release will be called macOS Sierra. iOS 10 debuted a redesigned lock screen, Siri integration for third-party developers, a massive Messages refresh and more. Here’s everything announced at the keynote and our play-by-play live blog.

3. The E3 (Electronic Entertainment Expo) trade show for the video game industry took place this week. Some of the big announcements from the event included the new Xbox One S, the Project Scorpio console and a whole lot of VR. We rounded up the 11 coolest video game trailers at the show, as well.

4. Didi Chuxing, Uber’s nemesis and the largest ride-hailing app in China, closed a $7.3 billion financing round that includes its recent investments from Apple and China Life. Because this isn’t a subsidy war and the company denies plans for overseas expansion, why does the company, which only operates in China, need this much money?

5. Snapchat made a few big ads announcements, including new Snap Ads between stories, expandable Snap Ads and an Ads API. Advertisers can now use programmatic interfaces to efficiently buy huge campaigns instead of having to manually strike deals with Snapchat.

Step inside the world of pro drone racing http://wp.me/p1FaB8-5zko

6. We interviewed drone hobbyists and found out what its like to be a professional drone racer. Yes, you can actually make money by racing drones.

7. With that $10 billion valuation, Dropbox is larger than many public companies. But don’t expect an IPO anytime soon, said CEO Drew Houston. Dropbox is “just enjoying being focused on building and recruiting,” Houston said at Bloomberg’s tech conference.

8. Google launched Springboard, an AI-powered assistant for its enterprise customers.

9. Andy Rubin, the creator of Android, left Google a few years back to start a hardware incubator with a $300 million fund called Playground. This week, he explained his huge bet on the future of hardware.

10. We talked to Andre Durand in our first chat with the Ping Identity CEO since the company wasn sold for $600 million to Vista Equity Partners. Ping was a mature startup with a seemingly bright future, but difficult decisions were ahead.

11. Facebook rolled out a new look for Messenger. The app will offer more than just a simple list of recent conversations. While those will remain at the top of the screen, they’ll now be followed by new sections showing your Favorite contacts, friends’ birthdays and an “Active Now” section. Concerning Messenger, Josh Constine wrote that in order to beat SMS, Facebook Messenger needs to surround and conquer.

13. Crunch Network contributor John Biggs wrote about how startups can help the gun control debate, as well as help address the state of mental health assessment. Instead of building the next great photo-sharing network, build something that matters. Tech must take on hate. 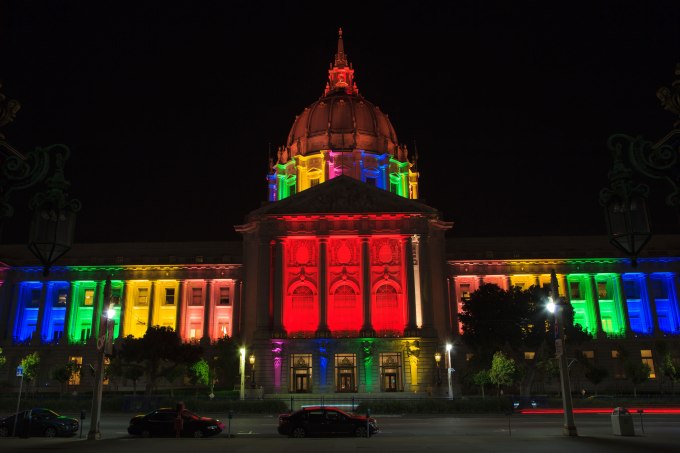