Google Cardboard’s biggest appeal has always been its accessibility. Heck, they send the headsets out with the newspaper. Zeiss is taking things in a different direction with the One Plus (not to be confused with the less spacey OnePlus), a $129 VR headset for smartphones that features a premium build and, naturally, the company’s high-end optics.

The wearable features a tray that accommodates smartphones between 4.7 and 5.5 inches, courtesy of an adjustable system that holds the handset in place. The One Plus also features a lot of padding, making it comfortable for long, battery draining sessions.

The key, of course, are those lenses, which offer up a sharp image without requiring any focal adjustment. They also do a solid job of removing the distortion around the edges of the images that you often get with similar devices. It’s certainly one of the better Google Cardboard experiences I’ve had thus far. 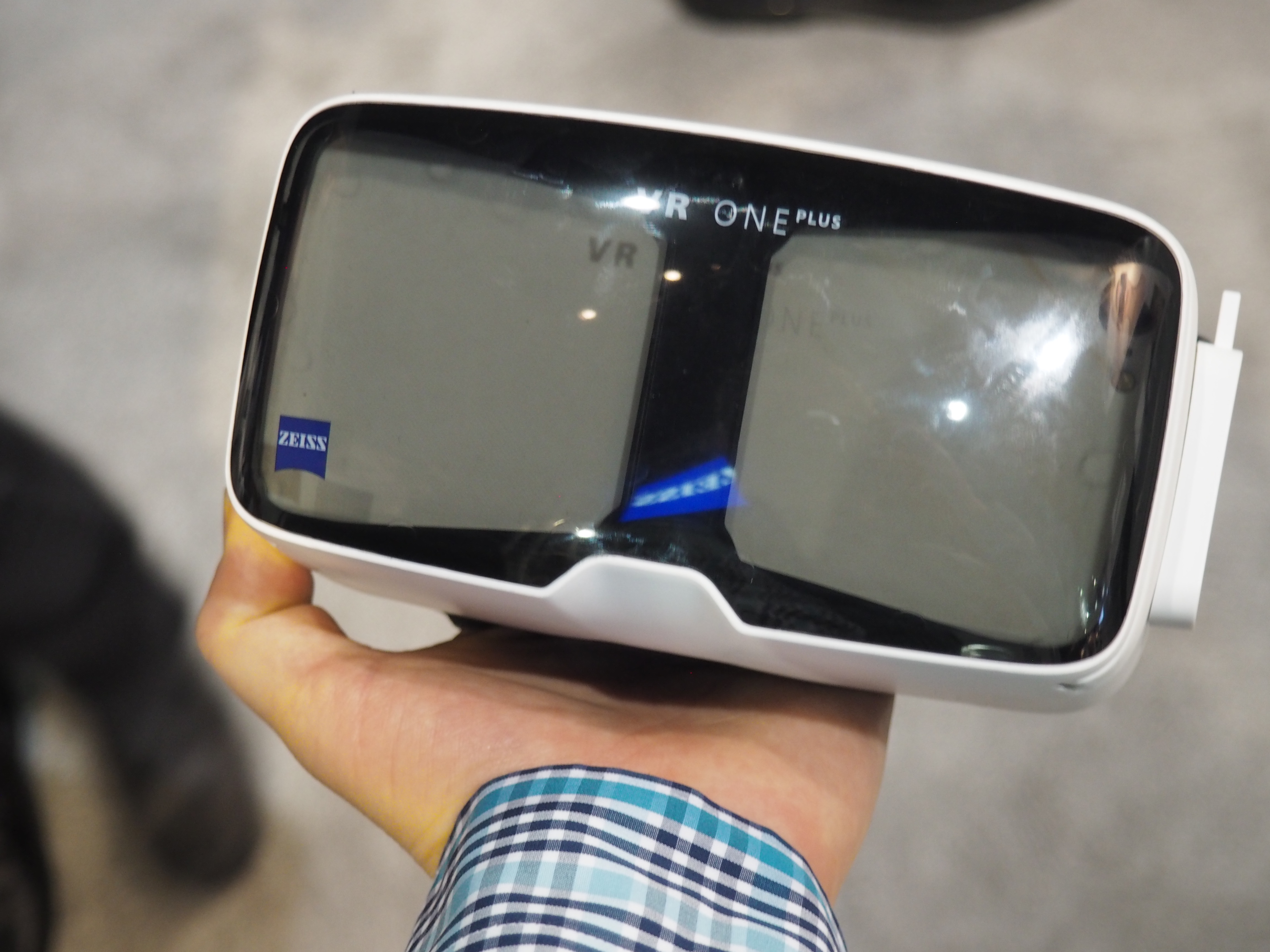 The headset ships with a cube that offers a neat augmented reality experience (which utilizes the phone’s unobstructed camera, serving as a sort of proof of concept for app developers). The One Plus is compatible with Android and iOS devices, and the company is talking up a DJI app that offers a first-person experience from the drone. The company is also working on compatibility with Google’s Daydream.