If you want to learn how to program, you’re spoiled for options these days. You can opt to go at your own pace with the likes of Codecademy, try free and paid MOOCs, or sign up for in-person instruction at the Holberton School and similar projects.

AcadGild, which is launching in the U.S. today, takes a somewhat different approach from some of its competitors. Its programs combine small classes (with no more than 10 students) and a focus on mentorship from experienced teachers and 24/7 support with a project-based approach. All of this happens online, but classes still (virtually) meet on set days and times to go over the material. 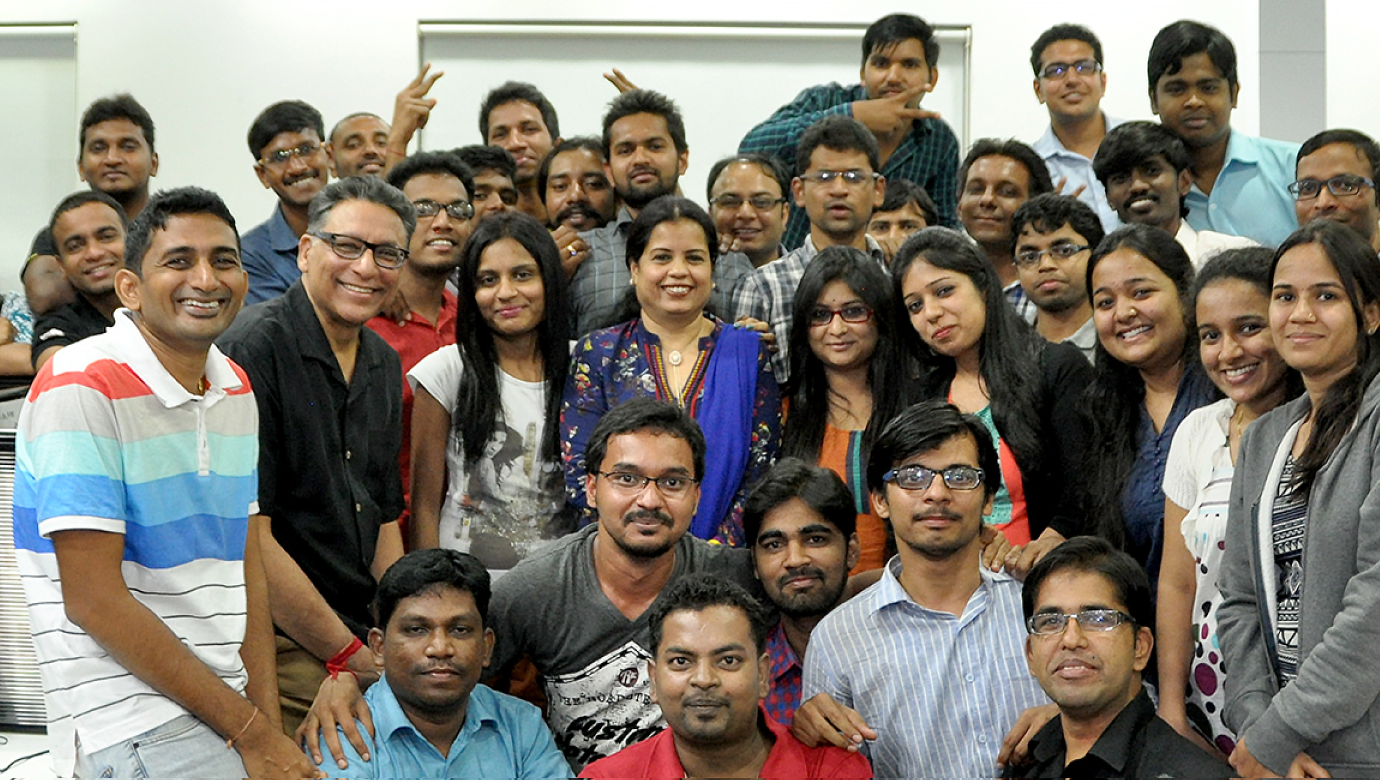 The project was co-founded by Vinod Dham, the former VP of Intel’s Pentium Processor Division. Dham told me that he believes that while he made his career in hardware, “the growth is now in software,” yet there is still a huge gap between demand and supply when it comes to programming skills.

Dham acknowledged that there are plenty of other companies and non-profits that want to teach people how to code. He definitely does not believe that video-based MOOCs are an effective way to teach coding. “Programming isn’t something you can learn by watching a video,” he said. “That would be like teaching somebody to swim by showing them a video.”

The team first piloted AcadGild’s approach in India. Dham acknowledged that he did so in part because it was more affordable to find people to teach classes there, but also because there is plenty of English-speaking talent available.

During the pilot, the team tested different curricula and ways to structure courses. One thing AcadGild found, for example, was that students learned better when they spent more time on hands-on projects. So in the courses the team is launching now, more than half the time is spent building an app with the mentors’ help.

AcadGild offers courses for frontend and backend developers, as well as for those who want to learn about data science and mobile development (as well as a few select tech-centric business classes). Most of its courses last about 12 weeks and cost around $600.

The team also offers a number of classes for kids (typically around $500) and the team is looking at corporate training programs, too.

Unlike some other coding schools, AcadGild takes all comers (and offers a refund to students who don’t feel they can keep up with the coursework). During the pilot in India, the team found that a majority of its students took its classes to re-skill themselves, but a good number of students also entered its programs without any previous coding experience. To help these students, the company offers a number of classes that teach basic skills.

AcadGild’s courses are now open for enrollment, with new classes starting once or twice per week.