It’s important to note that, for now, the company is only “exploring” the idea of bringing Fiber to Dallas. Google typically first announces its plans to bring Fiber to a city and then starts working with the local authorities to figure out the details for the rollout. 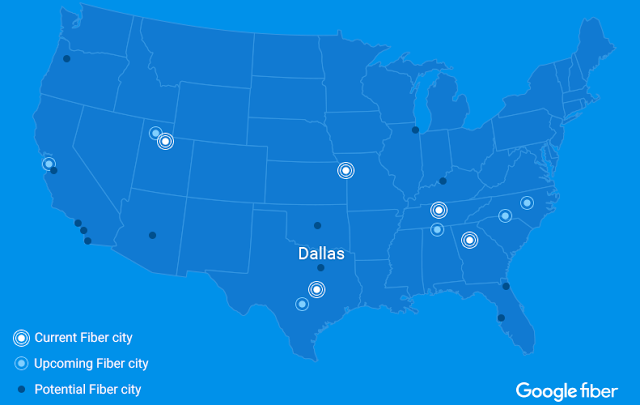 “Bringing Google Fiber to Dallas would be a huge undertaking, so we want to make sure we’re prepared,” Google says in today’s announcement. “Working alongside Mayor Mike Rawlings and local leaders, we’ll use our Fiber checklist to learn more about local topography, existing infrastructure, and other factors that may impact construction. Building a fiber optic network through a dense and complex urban environment like Dallas is challenging—these discussions will help us deploy our network efficiently and responsibly.”

These rollouts can take a while, though. Some municipalities have made it easier for Google to deploy its fiber network while others have been very slow to act. Google announced its plans to bring Fiber to Portland, Oregon in 2014, for example, but an unusual Oregon tax law and some other issues delayed the process early, and Google only won approval to set up its first “fiber hut” in the city a few days ago. The company still hasn’t fully committed to bringing Fiber to Portland, though.

It’s worth noting that AT&T already offers its own $90/month gigabit internet service in parts of Dallas, too.