Hey T-Mobile, this is not how you go about thanking your customers! Yesterday, the mobile operator announced its latest “un-carrier” move – this time, its latest gimmick involves giving away stock to T-Mobile customers and the launch of an app called “T-Mobile Tuesdays” that’s full of freebies. Unfortunately, that app has been down all day as T-Mobile’s servers couldn’t handle the load from the incoming traffic.

Well, that’s a promising look for a company that wants you to rely on it for your mobile voice and data needs, isn’t it?

In case you missed it, T-Mobile Tuesdays is a customer rewards app that launches new giveaways and deals every week. The app wasn’t immediately available following T-Mobile’s announcement on Monday morning, but launched later in the day.

Its rewards are not Oprah-sized, of course, but rather practical and fun things. For example, free movie tickets to Warcraft via Fandango, a free small Frosty at Wendy’s, and a free pizza from Domino’s, were among the first. (Domino’s, in fact, has an “evergreen” deal with T-Mobile, the company tells us – meaning there’s free pizza to be had weekly. Just not today, I guess). 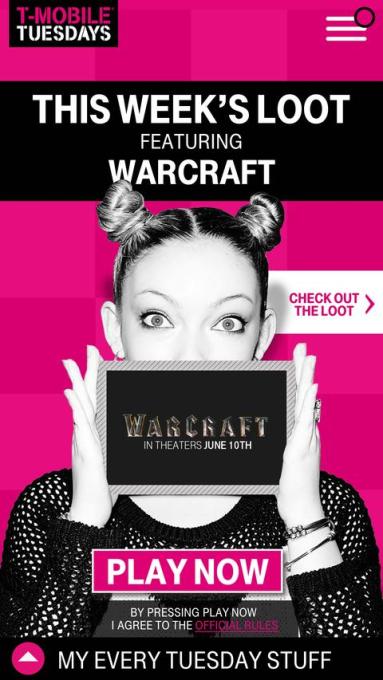 The idea is that T-Mobile will surprise its customers with a “thank you” gift every week from its partners, as a perk that comes with being a T-Mobile customer.

But as those customers quickly found out, the app just didn’t work. While you could download and install T-Mobile Tuesdays on your smartphone, and then complete the sign-up process, accessing the deals would simply time out.

On the screen, a message displays saying: “This is awkward…There was an error attempting to contact the server.”

Meanwhile, T-Mobile’s Twitter account is blaming the problem on both “massive demand” which led to “equally massive latency issues.” However, it is promising users they’ll still get thanked. (How is unclear.)

We're working on getting that fixed, the massive demand has created equally massive latency issues, but you'll #GetThanked *TeriM

Some users are complaining they’ve been trying to load the app for 6 hours, without any success. Many are disappointed about missing out on the free pizza, too.

got to Dominos for lunch and ended up paying for pizza. I feel so rewarded.

To make matters worse, T-Mobile’s Twitter account seems to be blowing off concerns from users who lost access to their prizes when the servers crashed or who missed out on those they would have otherwise been able to use.

When asked if the company would extend the rewards given the issues with the downtime, T-Mobile’s Twitter blithely replied that the great thing about this program is that it’s an ongoing thank you and there will be many more Tuesdays and rewards to come in the future.

That response – as one user put it (to paraphrase): sorry, we screwed up the launch, but we’ll do better next week – is not the appropriate one from a carrier whose brand hinges on putting the customer first. 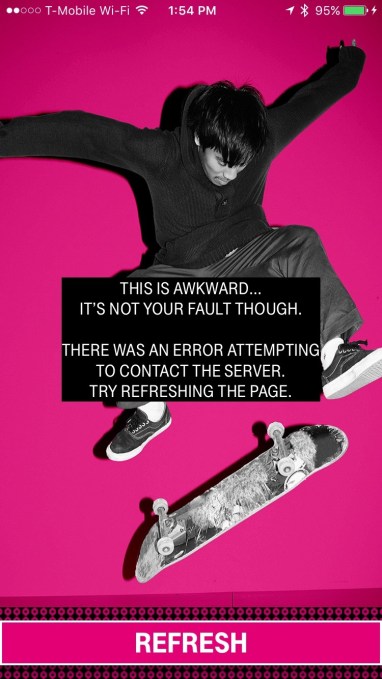 Of course, we had some hope that the customer service team may not be aware of how T-Mobile is planning to officially address the problem, and is responding as best it can with limited information.

However, when we asked T-Mobile for more information on the app’s downtime and how it plans to handle these issues – including the whether or not the company would extend the program to Wednesday – we were directed to follow the T-Mobile Twitter account for updates.

Sigh. This is actually a pretty “carrier” move, T-Mobile. Thanks a bunch.

UPDATE: T-Mobile announced at 4:25 PM ET on June 7 that the app was functioning again. Customers who signed up were also alerted via text.