Ryan Weeks Contributor
Ryan Weeks is the editor of AltFi News, writing extensively about marketplace lending, crowdfunding and all forms of alternative finance.

The corks have been flying among the naysayers of online lending over the past few weeks. Fintech has been exposed as a pretender to the financial throne and “we hate to say we told you so!” has been the rallying call of the vindicated Luddites.

Renaud Laplanche out at Lending Club, share prices tanking at both Lending Club and OnDeck, job cuts at Prosper and Avant – all prompted by a general slowing of institutional investor demand for marketplace loans. If you follow the industry with even a passing interest, you’d be hard pressed not to have heard it declared dead over the past fortnight.

I could exhaust a thousand column inches reconstituting arguments about the durability of the online lending business model, but why bother? Some of the world’s premiere financial institutions have spared me the trouble.

Alternative lending (I’ll use this term to encapsulate both the balance sheet and marketplace varieties) is fundamentally about plugging excess liquidity directly into innovative sources of loan origination. The internet acts as the connector, facilitating a more seamless transmission of money.

It’s because of the internet that these assets can be opened up to a broad range of investors, from thousands of individual investors to a smaller number of institutional investors. But beyond that, the internet also allows for the more intelligent pricing of risk.

These statements are supported by the actions of some of the world’s best-known financial services brands, which have been selectively adopting various aspects of the alternative lending model over the past few years. 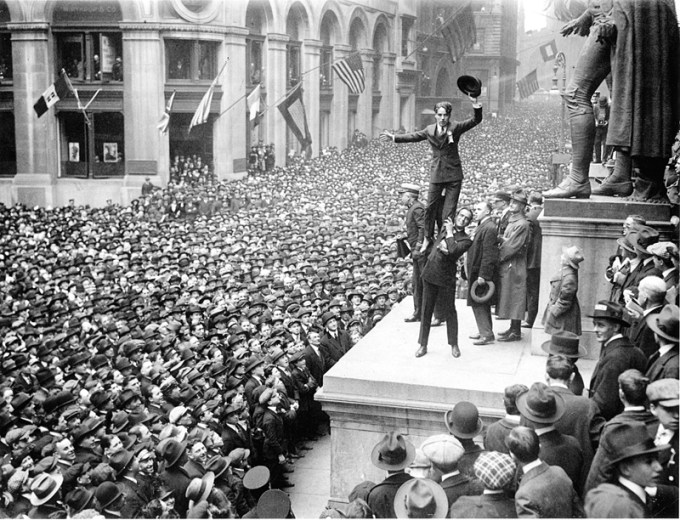 Octopus Investments – the UK fund management platform which manages over £5.5bn in assets for over 50,000 clients – entered into the peer-to-peer lending sector in April. The new platform is called Octopus Choice.

Octopus is offering investors the opportunity to invest in a discretionary portfolio of asset backed loans, sourced from the company’s property lending business: Dragonfly Property Finance.

Dragonfly has a proven track record, having made nearly 3,500 loans worth nearly £2bn since launching in 2009 – with a loss rate of less than 0.1% to date. Octopus boasts a tried and tested underwriting processes and high quality loan origination. It also has strong ties within the advisory community, and Octopus Choice has been tailor-made to suit the IFA market.

And yet Octopus, for all its advantages, sees strategic value in the peer-to-peer/marketplace lending model. This lends weight to the suggestion that an investment marketplace – one facilitated by technology – is a more efficient means of accessing loan assets than what went before. It also serves to bolster the idea that the marketplace investment model will be a lasting innovation.

Downing’s actions add yet more ballast to that notion. The London-based VCT and EIS specialist – which manages over £700m in assets –launched a new crowdfunding platform in March. The platform’s first deal was a £3.2m solar bond with a 1 year term, paying 6.25% p.a. Again, Downing enjoys a loyal following among financial advisors, yet still the lure of a marketplace-based system of investment proved too strong to pass up.

We know that Hargreaves Lansdown is cooking up a peer-to-peer lending operation of its own, which is expected to arrive in the Autumn.

Blackstone Group – which manages more than $100bn in real estate assets – had a crack at the online lending space via its portfolio company B2R Holdings. The company acquired the domain name Lending.com and had planned on launching an institution-only marketplace lending platform for small business and consumer loans. But this initiative was dropped earlier this month, seemingly in response to the Lending Club debacle.

Still, there’s enough evidence here to suggest that the technology-enabled marketplace lending model is an innovation worthy not only of preservation, but also of imitation. 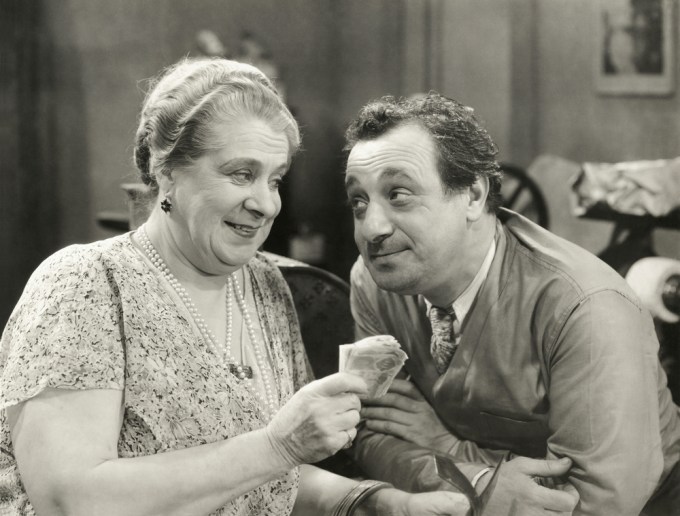 Thus far we’ve focused mostly on the investor-facing portion of the online lending proposition. But the borrower-facing side is no less important. Online lenders are built up around dynamic online portals that can field and fund applications in a fraction of the time that incumbent lenders are able to.

You’ll hear the word “seamless” mentioned a lot by online lenders in relation to their application processes. The emphasis is on presenting as few barriers to prospective borrowers as possible (with a particular focus on limiting the amount of information that requires manual input), and to return a decision as speedily as possible. The difficulty, of course, is returning the correct decision.

The world’s premier investment bank Goldman Sachs is busily preparing an online lending venture of its own – codename Mosaic. Former Discover Financial man Harit Talwar is heading up the new venture, and was immediately made Partner upon joining the firm (one of only c. 400).

Mosaic will look to issue both consumer and small business loans of between $15 and $20k in size. These loans will not be funded by a pool of retail and institutional money. Instead, the book will be financed directly through Goldman’s New York State-chartered banking subsidiary, which was born in the wake of the 2008 financial crisis, when Goldman became a bank-holding company. This business held $128bn in assets as of June last year.

Goldman has the lending capital part of the equation in hand, and has recognised that the online “platform” represents the most efficient method of distributing that capital to borrowers.

“The traditional means by which financial services are delivered to consumers and small businesses is being fundamentally reshaped by advances in technology, maturity of digital channels, use of data and analytics, and a focus on customer experience.”

As the Goldman pair allude to above, the value of operating an online lending platform extends beyond the benefit of enhanced delivery – it pertains also to “the use of data and analytics”, specifically in relation to credit assessment. 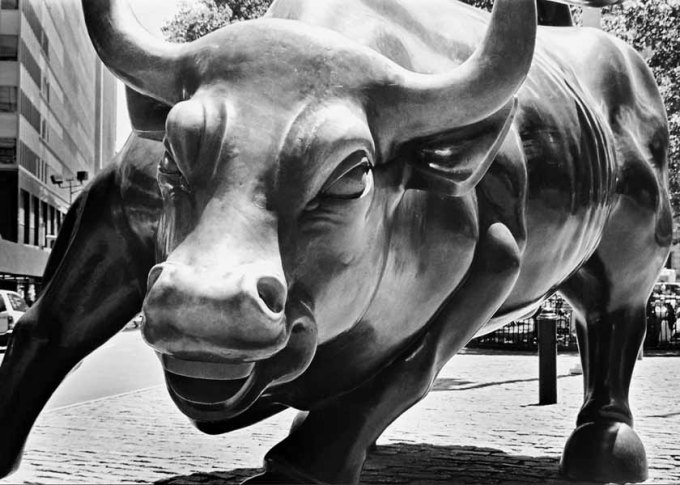 The recent tie-up between JP Morgan Chase and OnDeck is perhaps the best example of the value that an online lending platform has to offer to the traditional underwriting process. Chase began offering loans to its roughly 4 million small business customers in partnership with OnDeck in January of this year. The money comes from Chase’s balance sheet, and the loans carry Chase branding, with the OnDeck platform taking on a kind of white-label, behind-the-scenes role.

The Wall Street Journal, in an article entitled Inside JP Morgan’s Deal With OnDeck Capital, stated that the partnership would “help the bank process applications more inexpensively and quickly, in hours instead of weeks”. There you have the delivery element.

The article goes on to explain that OnDeck will earn a fee for originating and servicing loans of up to $250k in size on behalf of Chase – loans that were “previously considered too small to move the needle at the big bank”. OnDeck has made lending to businesses in this market segment economically viable through the use of cutting edge technology. JP Morgan is attempting to capture a measure of that success for itself.

Kabbage has struck a pair of similar partnerships with Santander in the UK and with ING in Spain. Again, the Kabbage platform is the enabler – both for delivery and underwriting purposes. Santander and ING are the muscle.

Germany’s Commerzbank is the only bank that we know of that’s trying to launch an online lending outfit of its own design, rather than simply borrowing from the upstarts. Commerzbank’s peer-to-peer lending platform – rumoured to go by the name “Main Funders” – is slated to arrive in the first half of 2016, according to P2P-Banking.com.

But let’s return to the basic definition of what an online lender is. It’s a machine that matches excess liquidity to loan assets, while also offering a view of the riskiness of those assets. It has either two or three component parts: the investor-facing marketplace, the borrower interface and the credit engine.

Over the past 12 months or more, we’ve seen each of those component parts adopted by major financial services institutions – the sorts of institutions that have likely been pointed to by cynics looking to juxtapose the shortcomings of the online lending sector. The question then becomes: if the component parts of the model aren’t broken, what’s wrong with the model?