It was a fairytale beginning. In the early days of 2015, the German behemoth Rocket Internet announced the acquisition of Italy’s first food delivery service, PizzaBo, for 51 Million euros.

It was the third largest exit for a startup ever recorded in the Italian market and the first ever acquisition in Italy by Rocket Internet.

Rocket Internet is by far the most successful German Internet company, famous (or infamous) around the world for cloning successful businesses and launching them in emerging markets. So when the news hit the media, everyone celebrated the buyout as a big success.

Indeed, after the announcement, PizzaBo was named as one of the top 10 Italian startups by StartupItalia, Italy’s premiere outlet for the startup industry.

Chief executive Christian Sarcuni was then on top of the world, or at least on top of the Italian Startup scene, as he was describing the acquisition as a “big revenge” over some investors that didn’t believe in the company at the beginning.

“It almost felt like media were interested in PizzaBo because of the clamor created by the buyout rather then the service itself,” said Sarcuni to TechCrunch in an exclusive interview.

But things began to turn as Rocket Internet displayed the flip side of its aggressive growth strategy and began making extremely aggressive plans and for taking on additional markets with the PizzaBo brand.

“I met [Rocket Internet co-founder] Marc Samwer for the first time after the acquisition — he was introduced as the shareholders’ spokesperson but he was clearly the person in charge of the whole food department which he was controlling quite firmly and strongly. He was obviously the decision maker there,” Mr. Sarcuni told TechCrunch. 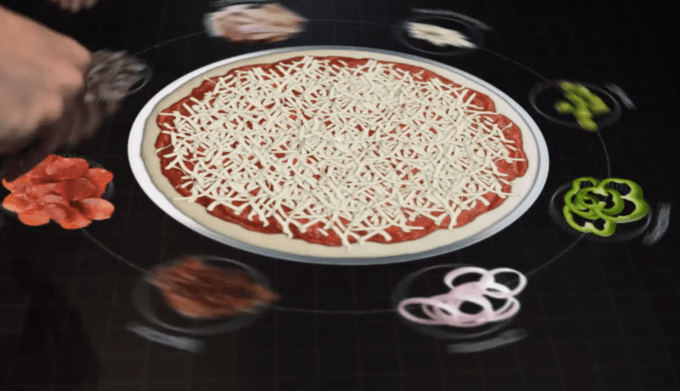 Like many other startups the world over, PizzaBo was a seed that sprouted with very humble roots. Its founder, Sarcuni, was originally from a small city in the south of Italy. He started his company in 2010 in Bologna, the largest university town in Italy (and therefore the best market for a pizza delivery startup).

By the end of his first year he delivered 60,000 pizzas.  And four years later, when that number was in the millions and the business had expanded to five more university cities Rocket Internet came knocking.

“When I received the email from Rocket Internet, I literally couldn’t believe it. We submitted all the documentation they were after in less than 24 hours and the next day we had some of their people in our office to check the numbers,” Sarcuni said in an interview after the acquisition.

The contract arrived on Sarcuni’s desk almost immediately, ready to be signed with a 51 million euro offer, according to Rocket Internet financial statement.

At the time, Rocket Internet made a lot of promises to Sarcuni, one of which was not to change the company name and logo.

But after few months the company changed the name to “Hello Food” — similar to the other Rocket business, Hello Fresh.  “I remember this being one of our most difficult meetings – I did everything in my power to to make them change their mind, but there was no way,” Sarcuni said.

Also, the internet giant promised to support the expansion to 20 more cities, but from Sarcuni’s words it seemed that team was too busy keeping up with the due diligence than to focus on the actual expansion.

“Even when I realized that Rocket Internet was changing strategy, I worked extremely hard and to reach 20 cities as promised. We were ready for the big marketing push, but when I was in front of the cameras to shoot our first ever TV commercial for the national TV, I received a phone call where they where telling me that they pulled the funding for the campaign, without any explanation whatsoever,” he said.

And this is the point were the situation became critical.

Friday February 5th 2016 Sarcuni woke up with a flood of text messages and emails to read.

One of them in particular announced that his company has been sold overnight to the English food delivery market leader Just Eat, their main competitor.

“I sat down with Just Eat country manager and we were both surprised. None of us have been told before about the acquisition and no one asked our opinion,” said Sarcuni.

However, after the acquisition, things appeared to go more smoothly. With the new company, PizzaBo could go back to it’s original name and apparently gained more independence.

But the calm waters belied a storm roiling underneath the surface. At the end of March 2016 everything the flood that would overwhelm the business crested.

Just Eat, who refused since the beginning to have any agreement with Sarcuni, asked the team of PizzaBo to move closer to their headquarters in Milan from their current city Bologna.

The team, which Sarcuni have always put at the core of PizzaBo’s success, refused to move fearing that the requests might hide some cuts. In a perfect Italian style, the team at PizzaBo started the first ever union action for a startup in Italy.

But the union in charge of the negotiations with Just Eat appeared powerless against the British giant’s request, to the point where Sarcuni, who couldn’t stay true to his promises to his own team, decided to step down on March 15th.

His resignation form the role of chief executive, at a company that he made with his own hands, with no debt, and without raising any money from an outside investor before the Rocket Internet acquisition, was the punctuation mark on his company’s decline.

Despite the fate of PizzaBo, this is still the story of one of the richest exits in the Italian startup ecosystem.

In the aftermath, Sarcuni is keenly aware of his mistakes.“If I had the chance to go back I’d probably not sold the whole company or at least I’d manage to keep control of it. For sure I would have chosen a more trustworthy partner,” he said.

From their side, Rocket Internet claims that they had every right to sell PizzaBo as they owned 100% of the company. Moreover it was low-performing and not meeting Rocket’s expectations of building a market-leading food-delivery business in Italy.

Still, Sarcuni’s experience may serve as yet another cautionary tale for entrepreneurs who hitch their fortunes to Germany’s startup “Rocket”.