Charity or opportunism? It’s so hard to tell, sometimes. In RideAustin’s case, it looks to be a bit of both. It’s a non-profit car-for-hire service that’s happy to abide by the city’s rules — and adds a layer of budget- and conscience-friendly features that may help it stay differentiated (and alive).

With Uber and Lyft hors de combat, albeit semi-voluntarily, after failing to thwart new regulations restricting rideshare companies, the stage is set for another company to swoop in and provide the much-needed service. RideAustin, launched today at an event at the city’s famous Alamo Drafthouse, is positioning itself to be that white knight.

RideAustin’s not-for-profit status means that, at least in theory, costs and overhead can be lower, since there’s no need to maintain profit margins. A poorly managed non-profit, however, can still suck up money like anything else, so the proof will be in the pudding. 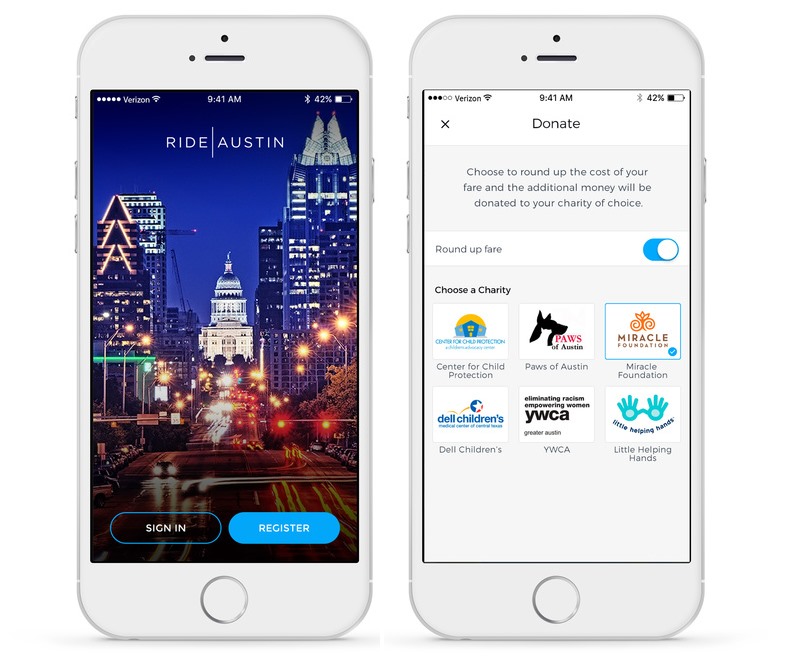 The company also allows riders to round up their fares to the next dollar, donating the remainder to a local charity — a feature that really should be more common just about everywhere. It doesn’t look like you can tip in the app, however, so keep that in mind when you ride.

Lastly, surge pricing will be — get this — optional. Instead of paying the premium, you can opt to wait — you’ll remain in drivers’ queues, but people paying surge price will get picked up first. We’re not really clear on the details here, and the feature can avoid being gamed. For instance, what if everyone just always opts out?

Other questions occur to one as well. How will they get enough drivers to sign up? What’s pricing going to look like? Did they really upload a picture of the app with no drivers in it to the App Store? I’ve sent over all of these questions — well, most — and will update this post when they get back to me.

Naturally, RideAustin will comply with the fingerprinting and background checks required by the city, along with the rest of the new regulations.

The startup emerged in the last two weeks, its backers perhaps sensing this might be the only time a small player can realistically expect to gain serious mindshare and market share. It’s not the only one, though, as the Austin Chronicle points out: established but smaller apps are in the mix, and there’s another homegrown contender in Warp Ridesharing, which is also taking the charitable route. 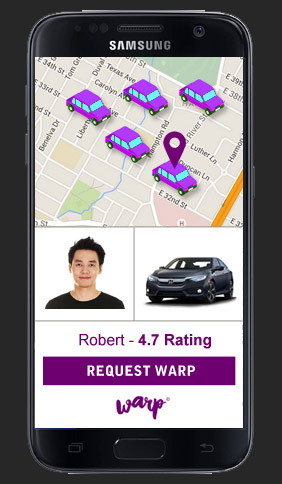 Warp plans to donate 25 percent of its profits to local non-profits (though presumably not RideAustin), and if someone drives for more than 40 hours a week, the company won’t take a commission. Full-time drivers will appreciate that.

Warp, however, is a purely hypothetical service at this point, having raised only a fraction of the $40,000 it is looking for on Kickstarter. RideAustin, on the other hand, has its app available and plans to start operations in June. Where’d it get the money to do that? USA Today reports the company is running on “private donations from locals,” and that companies have pre-paid for rides to grease the wheels, so to speak. (I asked for more info on this as well.)

It’s wise to strike while the iron’s hot, but the sword of Damocles is already forged and hanging over their heads by a thread which Uber or Lyft could cut at any time. That’s not likely to happen, however: the companies have time and cash on their side, and probably feel perfectly at ease watching the small fry fight over table scraps. Here’s hoping they’re in for a surprise, though: shake-ups like this are good for pretty much everybody.

Update: Some details from RideAustin — rides will start at a modest $1.50 meter drop and $0.25 per minute, with service expanding as long as users can expect a good experience. The surge pricing thing they’re “working on.” When asked about funding, a representative wrote that “the Austin tech community has put in ~$4m so far in technology and in kind.”