Putting body cameras on police seems like a net good for everyone involved, but how to deploy them and what the subtler effects will be are questions that would be better answered sooner than later. Otherwise, as a new large-scale study shows, we risk making things worse — body cameras could actually increase incidents of violence.

Part of the problem, it is important to note at the outset, is that there aren’t a lot of data — or rather, the data that’s out there isn’t organized or collected in a coherent way.

“At present, there is a worldwide uncontrolled social experiment taking place — underpinned by feverish public debate and billions of dollars of government expenditure,” the researchers write in the paper. “Robust evidence is only just keeping pace with the adoption of new technology.”

The study, from researchers at Cambridge and RAND Europe, controlled and tracked camera use on 2,122 officers in 8 departments across the U.S. and U.K. — totaling about 2.2 million work hours.

On average, assaults against officers increased by about 15 percent when they were wearing cameras; some sites showed this effect more than others, it should be said, and the data are inadequate to dive into why. The general reason for the increase is equally unclear, and the authors warn against drawing conclusions not clearly supported by the data.

Perhaps having the camera on makes officers less assertive, or perhaps suspects disliked being recorded and that escalated the situation. Or maybe nothing changed, and the officers are just more likely to report assaults when they know they have the support of video evidence. Until studies are conducted investigating those options, it would be premature to say.

A second paper was published simultaneously as a follow-up analysis of the data collected; at first, there appeared to be no reliable effect of cameras on police use of force, with some trials showing decreases and others increases. This the researchers described in the introduction as “puzzling and disturbing.”

Why would officers, knowing that their actions were being filmed by their own equipment, choose to apply force more often when cameras were on in some instances? Similarly, why would suspects’ demeanor become more aggressive or noncompliant under these circumstances? This runs contrary to both common sense and a good deal of research across disciplines…

The way the experiment worked was this: Officers were randomly assigned to carry or not carry cameras, and were instructed to keep their cameras on at all times during their shift. They were also to announce as soon as possible to any members of the public they met that recording was taking place. When this plan was adhered to, use of force declined 37 percent on average compared with shifts where cameras were not worn. 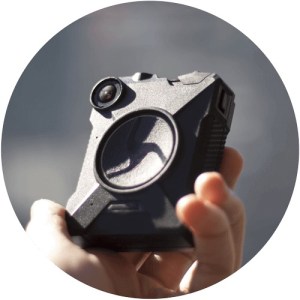 However, as you might imagine, not every officer stuck to the script; some chose to activate the camera using their own discretion, sometimes in the middle of an interaction. On shifts where this was the case, use of force actually increased by 71 percent on average.

In this case, the researchers do propose a likely reason: “If an officer decides to announce mid-interaction they are beginning to film, for example, that could provoke a reaction that results in use-of-force,” principal investigator Barak Ariel said in a press release.

It makes sense. If an encounter has grown tense and the officer suddenly says “I’m turning on this camera to record this,” that could be considered an escalation — which is precisely the reason why the camera was to be running from the first.

“Not something that can be left to debate”

Although this is the largest and most diverse set of data on the topic of how body cameras affect police encounters, it is still a relatively small sample and there are many unquantifiable factors involved: How is force defined by a district, a city, a country? How does the way police are viewed, their roles in the community, affect how the cameras are considered?

Perhaps most pressing is the increase in assaults against officers. The finding, while weak and subject to numerous caveats, may be used as an argument against deploying body cameras at all; and who can blame a commissioner for opting out of a program that, arguably, puts his people at risk?

“The question about the reason for the increased assaults is not something that can be left to debate and must be scrutinised empirically,” concludes the paper.

A number of other studies are in progress around the world, and more fine-grained data from other countries and cultures should help identify best practices and things to avoid. Body cameras seem almost inevitable, but that only increases the urgency of research like this.