“People ask me about what my ideas are before the Hackathon,” he explains in a bit of a sleep-deprived daze. “I have no idea. I was already in deep. I didn’t really have a clear vision. I had all of this technology on my desk, but I didn’t know what to do with it.”

After a previous year’s demo involving a misbehaving drone, the co-founder of New York-based software development firm Suitefolio was looking to do something involving virtual reality and motion capture – something visually arresting that couldn’t go horribly wrong.

Halfway through the night, Smith was joined by marketer and part-time dev, Pocket Silbermintz. “Pocket came in and said ‘you should do something with social and VR,'” says Smith.

Twelve hours later, they had VR Party, a sort of spiritual successor to the dearly departed social music service, Turntable.fm. “Turntable.fm was a really immersive interactive experience,” explains Silbermintz. “It was like a game online. You could do something passive that was extremely social.”

The system utilizes a Samsung Gear VR Headset and a motion tracking PMD sensor, working in a similar room-based format as Turntable.fm, where one to four users serves as the DJ, mixing records through motion detection as other users dance. Due to the time restraints of the Hackathon, the interactive dancing functionality has yet to be added to the program. 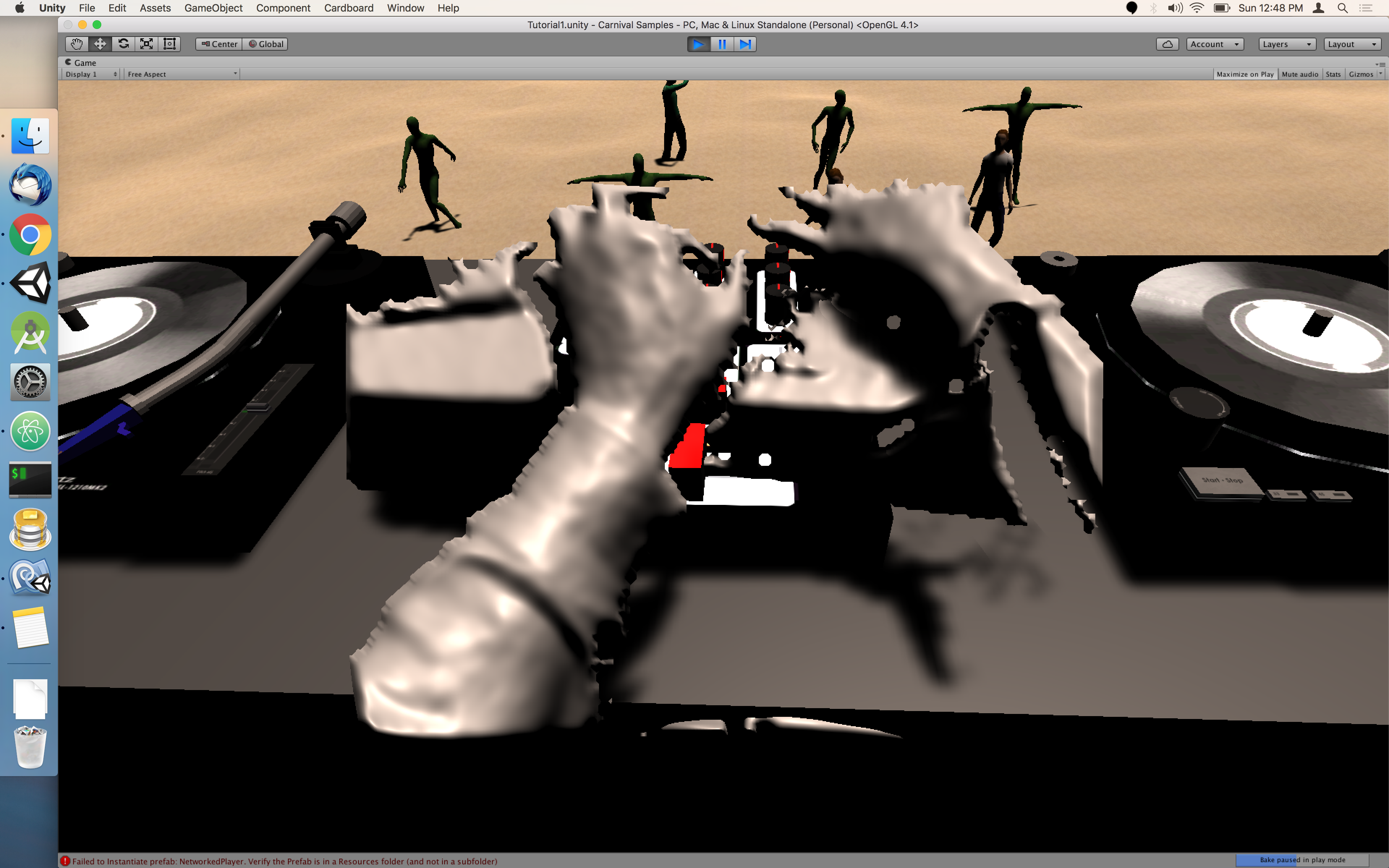 The pair do plan to continue developing the program, most likely through Smith’s Suitefolio. In its final form, VR Party will have a built-in rating system, allowing popular users to rise through the ranks. “I’m going to enhance it,” says Smith. “Eventually I want to build a virtual resort.”