NYU Shanghai students Sean Kelly and Sam Shi want to use the potential of VR to increase access to information. Over the weekend at the TechCrunch Disrupt Hackathon in New York, the duo initially looked into assisting students studying brain surgery but they switched their target and developed Teach-U: VR — a platform that lets students, and particularly young people, learn music.

Kelly said they were drawn to the topic because of the potential to help young people develop their creativity. Since not everyone has the money or free time to learn with a teacher in a traditional setting, VR can be the platform for studying at a far lower cost or over long distances.

“Music education has proven positive effects for children and adults alike — however when schools cut their budgets, music ed is often one of the first programs to be abandoned. This leaves hundreds of thousands of kids without music in their lives,” they explained. 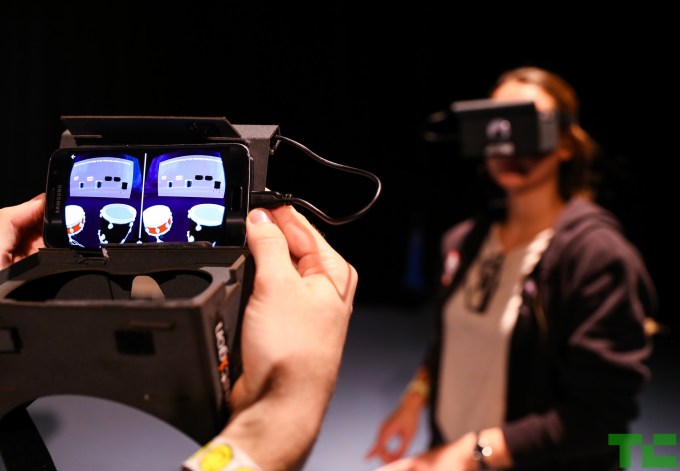 Kelly and Shi used Google’s Cardboard VR device with an infrared sensor from PMD added to enable hand gestures into the virtual environment. So beyond merely observing via Cardboard, users can reach out, touch and play their virtual instruments. They also adapted the setup — which was developed using Unity, Carnival’s SDK and good ol’ fashioned tinkering — to allow two concurrent users in the same virtual reality space: the teacher and the student.

Initially, the service supports drums and piano. I had a play with it and, considering the project is less than two days old, I came away impressed, although the hand gestures required to play the instruments take a little practice to learn.

Kelly and Shi study in Shanghai but are seconded in New York for this current semester. They plan to keep developing Teach-U: VR when they have time, and PMD was particularly keen to lend support to this promising idea. (You can read more about their hackthon experience here.)

VR is poised to breakout this year with Oculus, HTC and others all releasing their first headsets to the public. The initial focus and use cases are very much centered around gaming and content, but that’s really just scratching the surface. The ability to replicate environments and tap into mobile — Cardboard requires a mobile devices and not an expensive or sophisticated PC setup — means that anyone in the world can use it and get into any kind of scenario. So projects like this — which go beyond gaming to democratize access to information and education — will be key to making the most of virtual reality’s potential. 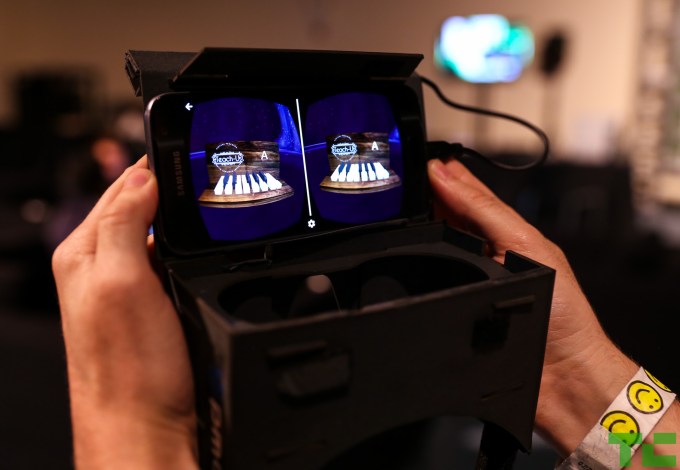