You have a bunch of ingredients in your fridge, and you don’t know what you want to cook. You just bought an Amazon Echo, dying to figure out some new things to do with it. Well, you can do both of these with a hack put together at the TechCrunch Disrupt NY Hackathon that does just that.

With Hungry Host, you use Alexa to list off a bunch of ingredients that you have in your fridge, and it’ll dig through its database of recipes to recommend one to cook. It uses Alexa’s voice-powered interface, so you just rattle them off and get a recipe. It’s a project that was thrown together by a team of four engineers and designers in an all-night hackathon that taps into Alexa’s voice recognition to make the process of finding recipes and cookings completely hands-free.

“I’ve been using a lot of meal kits like Blue Apron. It’s just been top of mind because I’ve been trying those things,” project designer Nisha Garigarn said, adding that the menu cards are annoying, “still a piece of paper — I slide it in between my cabinets so I don’t have to hold it.” 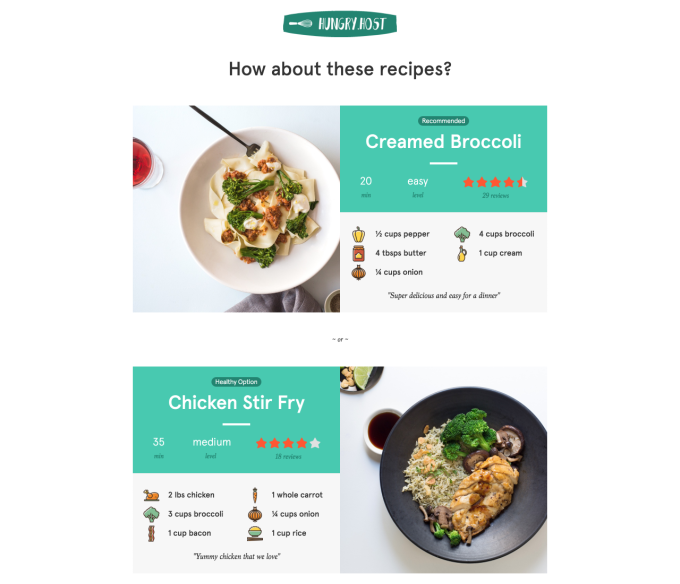 There’s a second perk here — Alexa will rattle off the next steps for the recipe as you progress through the process. If you’re messing around with raw chicken, you probably don’t want to touch a tablet or a phone in order to find the next steps. Hungry Host will list them off and you can jump forward and backwards as you need to.

“It was interesting figuring out how Alexa worked,” Garigarn said. “There were certain commands and you had to check how we were speaking — it was just really cool tinkering with it.”

It’s just a hack, to be sure, so there’s a good chance that there will be some other in-depth attempts at doing something similar to this. But for someone who cooks a lot, it shows a lot of promise for the platform — and how a hands-free voice interface can work for use cases beyond simply asking for songs.

It wasn’t a project that was completely premeditated — the team just wanted to experiment with the Alexa API. The team also included two other engineers: Zoltan Szaslas, 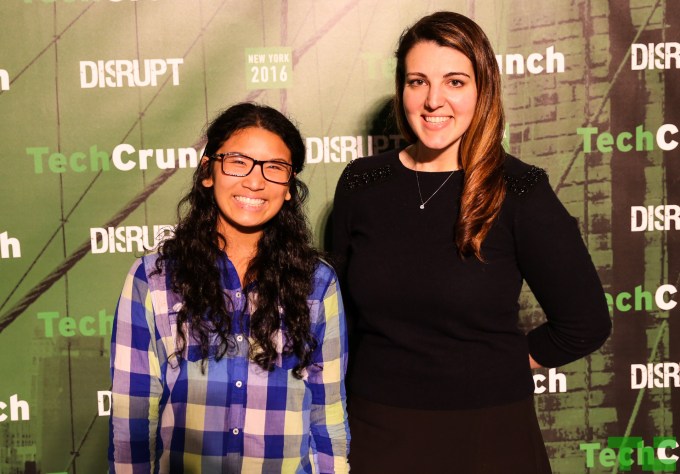 who focused on the search part of the project, and Adam Chew. The fourth member, Jeneta Hot, said she came to the hackathon to dust off her programming skills, which she hadn’t used in a couple of years.

“It seemed like something we could build in the hackathon, and I would use it,” Hot said.

In terms of next steps, there aren’t any quite yet. Garigarn works on another startup called Croissant, a membership service that gives users access to co-working spaces around the city. Hot and the rest of the team don’t quite have any plans yet, either, but perhaps a curiosity around the project and Alexa might be a signal to the future of what they’re working on.