Imagine for a moment that you’re a fly on the wall of a Samsung executive board meeting. It’s pretty easy to imagine why the Family Hub Refrigerator seemed like a great idea.

Someone probably said something about leveraging the smart home and disrupting the kitchen and they were off to the races. And sure, there are certainly pieces of the fancy new smart refrigerator that make a lot of sense.

Take the trio of cameras that line the inside of the door, snapping a shot of the fridge’s contents when it closes. That, coupled with wireless connectivity, means that Family Hub owners can take a quick look at the contents of the fridge via a mobile  app.

As someone who regularly forgets about half of my shopping list when confronted by buzzing overhead lights and endless condiment aisles, I would definitely use the feature on a regular basis.

There are, however, a few shortcomings with what is a strong contender for the fridge’s best feature — namely, the fact that it doesn’t cover the entirety of its interior, instead hitting three shelves and missing the doors completely.

But the cameras are really just a side note to the Hub’s main event. When the appliance was first unveiled back at CES, the press took to calling it a refrigerator with a tablet built into the door. 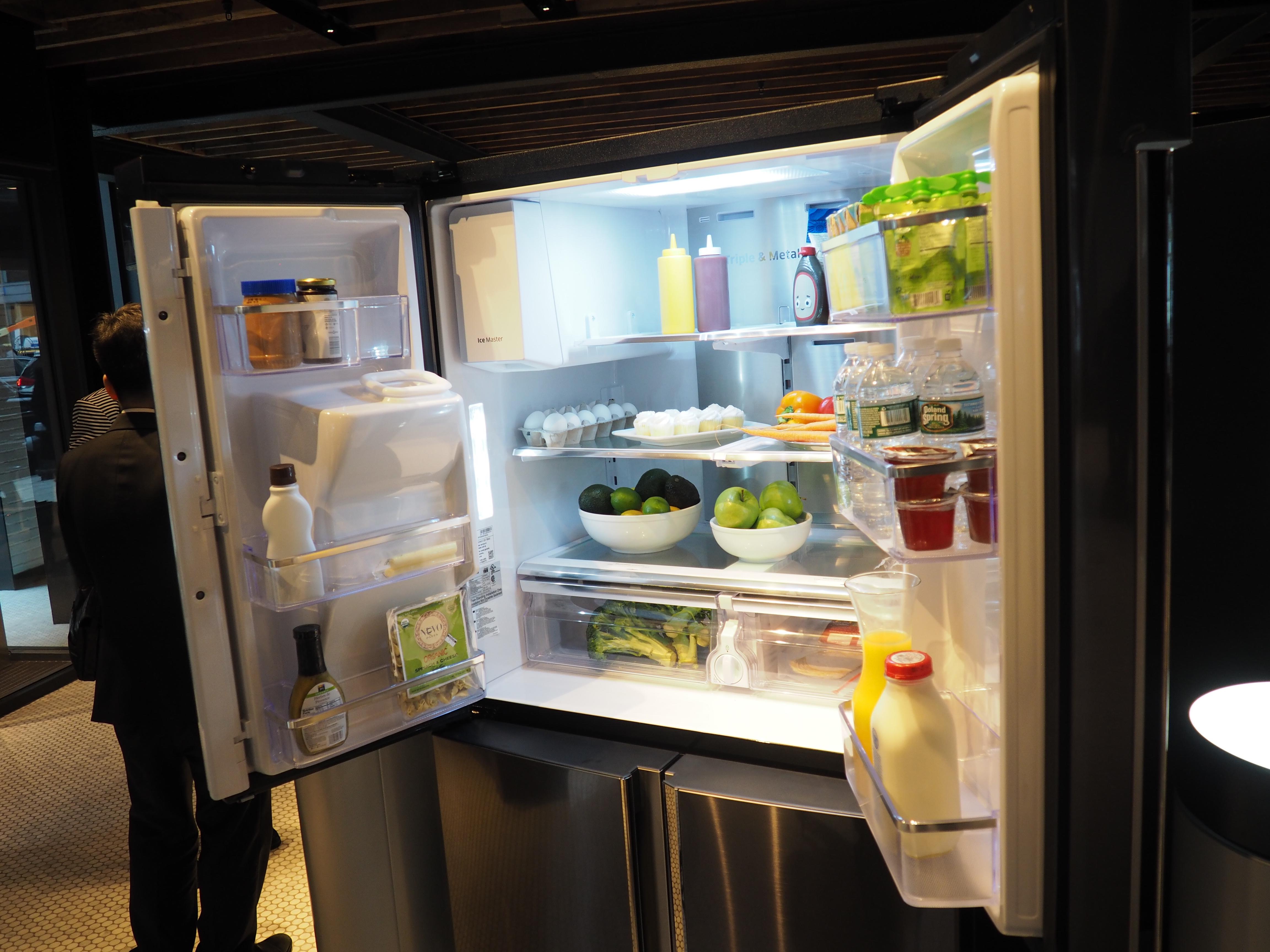 At a press event in New York City today, the company attempted to do some damage control against the perception, insisting that it is, in fact, a lot more.

Samsung reps really hammered home the three product cornerstones of family, food and entertainment (why the aforementioned boardroom didn’t opt for a third F of “fun” is beyond me).

The “family” bit pertains to the screen’s functionality as digital refrigerator magnets, i.e. the sharing of pictures, notes and calendars. The “food” bit is pretty self-explanatory, while the “entertainment” part pertains to the device’s built-in speakers for playing third-party apps like Pandora, as well its ability to mirror video from Samsung’s smart TVs. 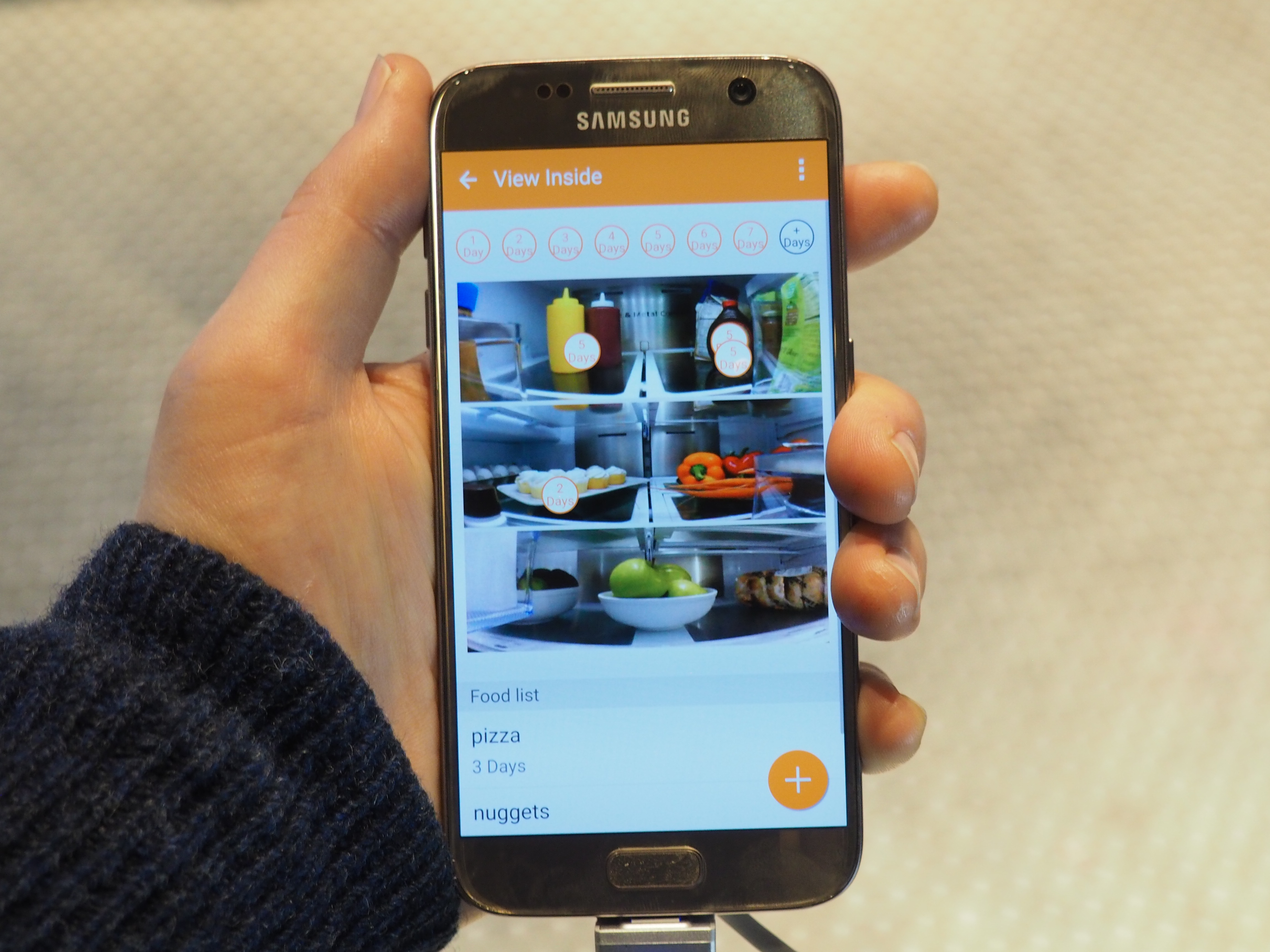 Maybe the Family Hub is, in fact, more than just a refrigerator with a tablet built in, but it’s hard to look beyond the fact that pretty much everything you can do on the fridge screen you can do on a standard tablet, including the aforementioned entertainment options and the ability to order food from places like Fresh Direct.

There are, as we previously noted at the product’s launch, some notable downsides to combining the two, the big one being that refrigerators are built to have much longer life cycles than tablets, meaning you’re stuck with that basic touchscreen functionality for as long as you keep the fridge. 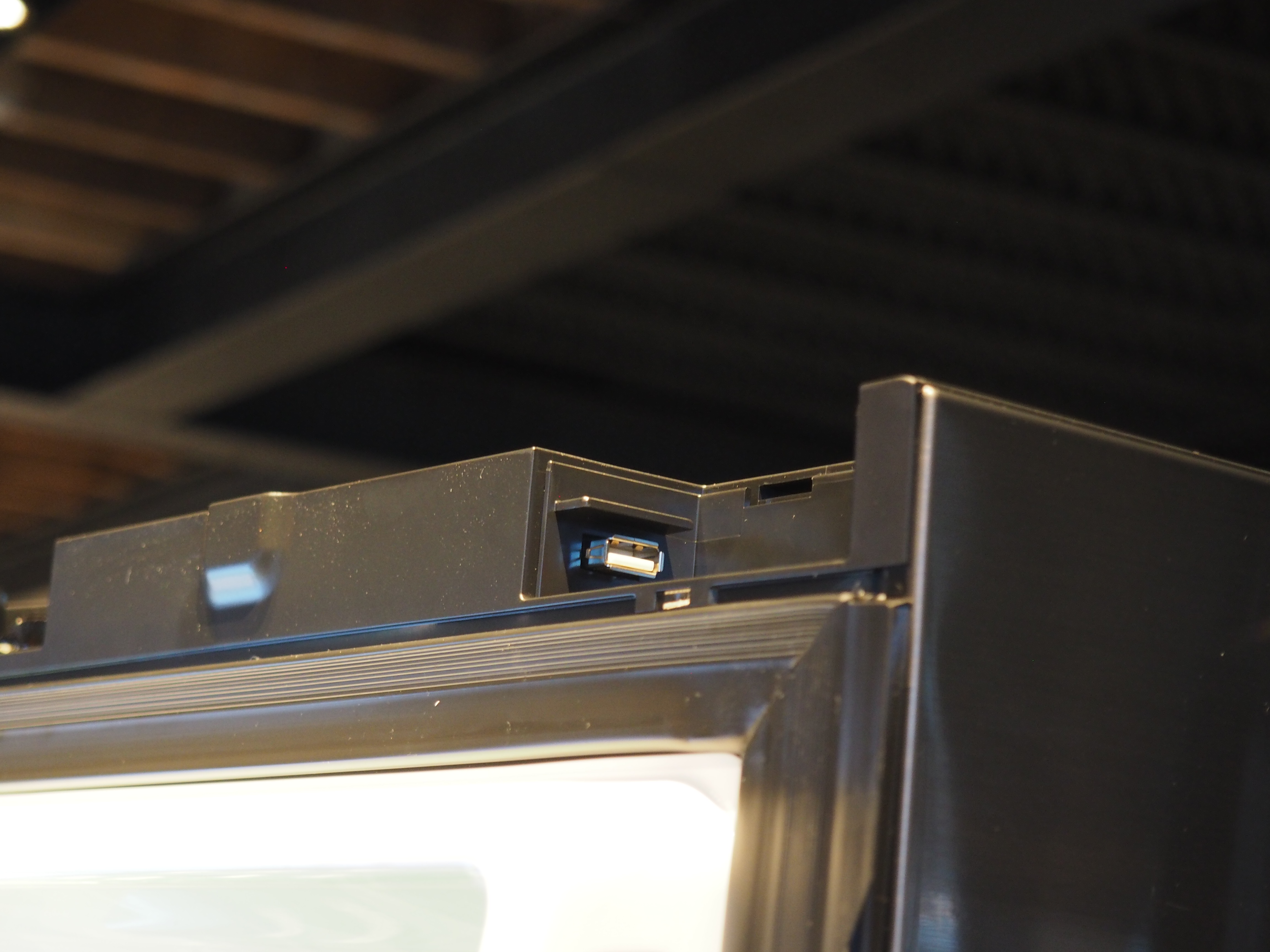 There will be updates, of course, both over the air and through a hardwired USB port hidden behind the door. But the operating system has some key limitations. It’s that old Samsung standby, Tizen, making the current app selection extremely limited. The company promises to roll out more apps in the future, which users will be asked to opt into or out of, rather than just downloading individually through an app store.

Samsung is likely on to something with the addition of connectivity that offers compelling features like remote monitoring, but the overall execution still feels mostly like a novelty. A novelty that starts at $5,800. But if that all sounds appealing, you can pick one up starting today.