World View, the advanced high altitude balloon company, has raised a $15 million Series B led by Canaan Partners. The round also included investments from Norwest Venture Partners, Tencent, Moment Ventures and Base Ventures. The company had previously raised $7.1 million.

This marks the second aerospace investment for Canaan Partners, who previously invested in Skybox Imaging.

“I believe World View’s commercial applications of above-earth technology have the ability to transform entire industries–from communications to emergency response to weather research and forecasting–and we’re excited to be part of it.” Deepak Kamra, General Partner at Canaan Partners 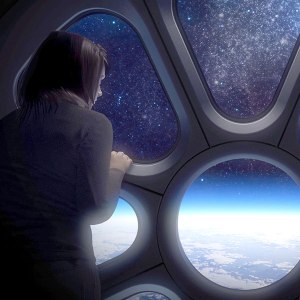 While the company is perhaps best known for their World View Experience tourism offering, World View plans to use the new funding to advance the development and commercial adoption of their latest product, the Stratollite.

An advanced high altitude balloon, the Stratollite can be placed over specific locations for an extended period of time. The balloons can be deployed rapidly and the payloads can be retrieved if needed.

With these capabilities, a Stratollite could be used for research or remote sensing purposes, to collect weather data, or to provide communications to aid first responders in remote locations during times of disaster. 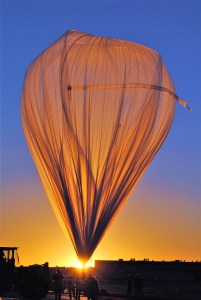 World View’s core technology stems from the system that enabled Alan Eustace to break the world record for a high altitude jump. Eustace rode a high altitude balloon to a height of about 135,000 feet above the Earth before he cut himself lose to skydive back to the ground. 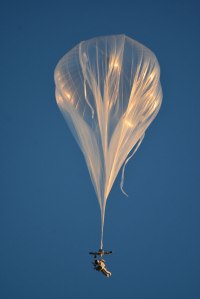 Jane Poynter, the CEO of World View, told TechCrunch that they have already flown over 50 short-duration Stratollite flights for customers including NASA and Northrop Grumman. Later this year, they will release a new series of Stratollite models that will enable the company to perform long endurance flights over areas of interest and even circumnavigate the globe.

“This is a new category of vehicles that we’re bringing online this year.” Jane Poynter, CEO of World View

Compared competitors like Near Space Corporation, another high altitude balloon company, Poynter stated that World View’s payload capacity and their ability to stay over specific areas over a long period of time sets their technology apart.

For short duration flights, Stratollite can fly as high as 140,000 feet with a payload capacity of 1,000 pounds. Stratollite is also able to carry around 200 pounds to as high as 80,000 feet for long-endurance flights of “eventually months on end.”

As a comparison, Near Space Corporation, which has been in business since 1994, is currently able to carry around 33 pounds to 100,000 feet for flights of a few days. 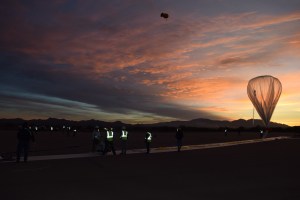 When it comes to cost, World View wasn’t publicizing any specifics, but Poynter did say that their “long-endurance flights cost an order of magnitude less than comparable technologies like flying a drone, for instance.”

Back in January, World View selected Arizona to be the home of their new headquarters and launching facilities. The launch pad, which World View refers to as their “spaceport,” could be used for both tourism flights and Stratollite launches, although Stratollite balloons could also be launched in other places around the globe. 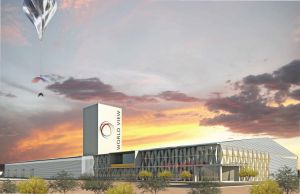 While the company is currently focusing on accelerating the development of Stratollite, they noted that the Voyager high altitude system used for their World View Experience shares many of the same technologies and will be developed in parallel. In fact, astronaut Ron Garan was recently hired to be the chief pilot for the World View Experience.

“What’s great is that the technologies that we develop for Stratollite also apply to our space tourism systems.” Jane Poynter, CEO of World View

The next year will be an important one for World View as they begin to develop their “spaceport” and build out their Stratollite and Voyager technologies. While the company still has much to prove in terms of their more ambitious offerings, the company could soon be offering experiences and in-air platforms that have previously been unavailable in the aerospace industry.