I’ve officially been at TechCrunch for a week and a half now, which I’ve been informed is the hot sauce anniversary. You know, the one where Thrillist sends you a bottle of scientifically-engineered hot sauce made from peppers with names like the Trinidad moruga scorpion, Carolina reaper and the only slightly less ominously named ghost pepper.

And I’ve been assured that the only appropriate way to mark the hot sauce anniversary is to consume the stuff on live video streamed directly to Facebook. So I did that, along with Anthony Ha and Hayden Lynch of Thrillist, who partnered with GE to concoct what the companies have deemed 10^32 K, a hot sauce (and extremely effective promotional gimmick) they’re calling “apocalyptically hot.”

The “K” is short for Kelvin, the full name serving as an homage to “the temperature at which physicists believe all things start to break down and everyday matter no longer exists.” “All things” being a broad and comprehensive list that almost certainly includes the delicate insides of my mouth, which, aside from moderate amounts of Sriracha and Thai food, don’t often dabble in the dark, peppery arts (this is me bracing you for the above Facebook Live video, in which I cry on camera). 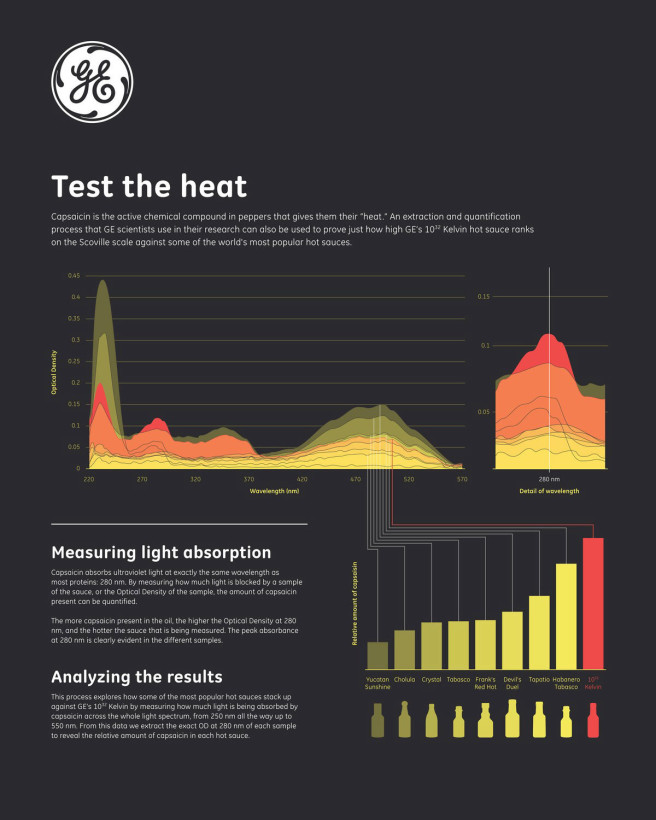 For the record, the “all things [that] start to break down” also includes glass bottles, which is where GE steps in on the promotion. The company, currently in the throes of an image revamp charged with bringing more millennials on-board, provided packing materials comprised of silicon carbide and nickel-based superalloys, not coincidentally some of the same materials it uses to construct jet engines (on its downtime from the more important work of making hot sauce), ensuring that the hots stay hot.

The materials are also said to preserve the sauce’s taste, which, I can now confirm is “a little sweet,” courtesy of the apple, cane sugar and garlic also included in amongst the pepper party. Little consolation, in a sauce containing multiple strains of peppers capable of reaching more than two million on the Scoville scale (compare that to the garden variety jalapeno, which rates around 5,000), which may or may not have been grown deep in the jungle primeval by the inmates of a Guatemalan insane asylum 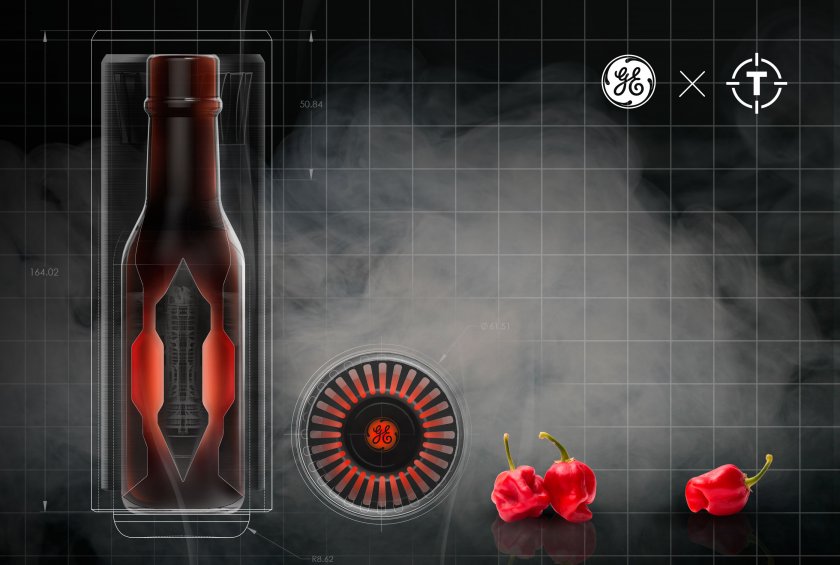 I don’t know why I agreed to this? Peer pressure? Probably. An attempt to attain legendary TechCrunch status by dropping dead my second week on the job? Perhaps. In the faint hope that I might meet a coyote voiced by Johnny Cash? Almost certainly.

Find out whether or not I die in the above video and am in fact now writing this a blogging ghost. Hopefully I’ll make it to the end of my first month, which I’m told is the eating-broken-glass anniversary.

The limited edition hot sauce is already sold out, but if you’d like to be as brave as us, you can enter to win a bottle of the stuff.