As a venture investor for the last 20 years, George Zachary has witnessed plenty of trends develop and fizzle. Yesterday, we talked with him about what he’s seeing right now. One of the newest wrinkles he noted is a growing number of Chinese investors who’ve grown aggressive about getting into Series A deals, and who seem to be playing by their own rules.

Our chat with Zachary — a general partner at CRV who has led the venture firm into bets on Twitter, Yammer and Udacity, among others — has been edited for length.

TC: You’re investing in seed and Series A deals. Are you not concerning yourself with what’s happening in the later-stage and public markets? That seems to be a common refrain for early-stage investors.

GZ: You definitely have to worry about whether your company can be financed later on, no matter what everyone says. In fact, a lot of Series A companies that have to do an extension of the Series A are raising at lower valuations. One of our founders has done two startups before, but valuations in the space where he’s operating all went down 50 percent, so he’s just accepting that he’ll have to raise his (extension) round with a lot more dilution than he wanted. It is what it is. 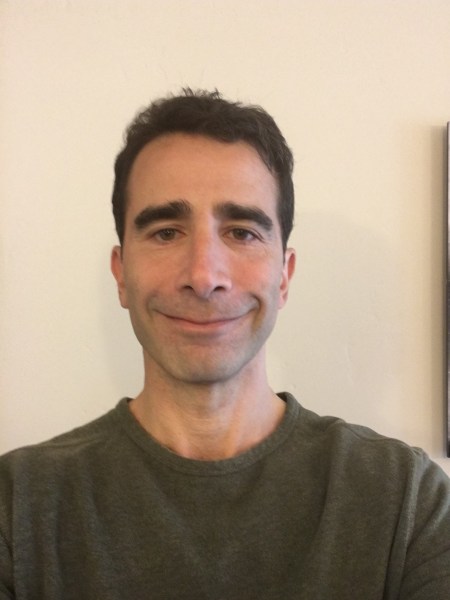 TC: How much have valuations come down, and where are you seeing them hit the hardest?

GZ: Well, for celebrity founders, they are staying high.We’re doing a celebrity-founder deal now that has a high price tag, and everyone wants into it. For repeat founders with a good exit the last time, the price is always going to be high, plus or minus 10 percent. This particular team is at concept stage. We’re basically handing them a near-blank check.

But valuations are down elsewhere. The average thing coming out of Y Combinator is probably a half to three-quarters of what it was [in terms of valuation in recent years]. The average seed-stage deal is half.

I should mention that for celebrity founders, research supports that if they’re operating in the same space [as their last company], they have a higher rate of success [than other people]. If they move from databases to clean tech or from cell towers to social networks, they usually don’t do super well.

TC: According to CrunchBase, CRV was involved in at least 27 financings last year. Its data shows just four deals in 2016. Is the firm waiting for the market to sort itself out?

GZ: Not explicitly. We’ve committed to three things in the last month that are in the docs stage.

Docs are taking longer because there are new investors coming in, and they want more stuff in their terms. These are newer investors, often foreign investors, who are basically saying: “I want senior preference to [a company’s earlier] investors,” and that’s adding two or three weeks as they usually ask right as the docs are closing.

TC: Wait, what’s happening? Who are these new investors, and how prevalent is this? When you say foreign, do you mean mostly from China? Obviously, a lot of Chinese investors are looking to invest more money in the U.S.

GZ: They’re almost all from China, and they want all of their preferences to be senior to everyone else’s. What’s happening is, since they know the startup’s financials, they just wait it out. By that point, we’ve already signed a term sheet and turned off a lot of other people who wanted to invest. These things never come up in the term sheet phase but later in the docs. They’ll say, “We did our diligence, and we need XYZ to invest.”

It’s not a great way to start a relationship. People in the ecosystem around here are playing for the long term; they realize that sooner or later, they’ll be on the other side of the table and don’t want this stuff applied to them. This is mostly coming from Asia, where they play much harder hardball than here. And [these investors] do it with a happy face. That’s just the environment [to which they’re accustomed].

TC: How are some of these newer investors finding their way into Series A deals in Silicon Valley?

GZ: Their networks are pretty broad. When I started in the business, there were a lot of engineers from China but fewer VPs and directors, and that’s changed. So that information flow is really high in the background.

TC: How many times has this happened, and have you told any investors asking for last-minute changes to take a hike?

GZ: It’s actually happened in our last three deals. There was one group that wanted to invest in one of our portfolio companies that’s doing well and growing quickly and at the last minute, [they] wanted warrants in the company that were priced at the founders’ stock price [so nearly for free], whereas this company’s valuation is very high. They said, “Because we’re in China, we’ll help you get through the governmental and regulatory frameworks and so forth, and so we’re effectively acting as a founder and should get warrants like one.”

The obvious problem: If we gave them what they wanted, other investors would naturally want the same deal, so we said no. They were irritated.

TC: Are you worried it will impact the company’s prospects in China?

GZ: We don’t know if letting them into the round would have affected anything. Everyone always says, “We’re value add; we get you to all the important people.” The only way you can check that is through references, but almost all of these new investors have no track record of investing in startups.

TC: Do they have a history of investing in China?

Frankly, I think it’s affected the psychology of U.S. investors, too, though most venture people like to say that’s not so. They say, “I’m independent, I’m super smart, I look forward.” But if you map people’s thinking — from worrying that the sky is falling to more recently deciding that everything is coming back — it looks a lot like what our public market just went through.

TC: And you? Do you think we’re going to have a watershed moment that turns around our IPO market?

GZ: I don’t expect it to pick up any time soon, which is a function of retail and institutional investors looking for high-growth stories with profit associated with them. They want profit and growth. Meanwhile, a lot of companies that have strong revenue can’t show that growth, and vice versa. There just aren’t a lot of companies that could sustain being public right now.