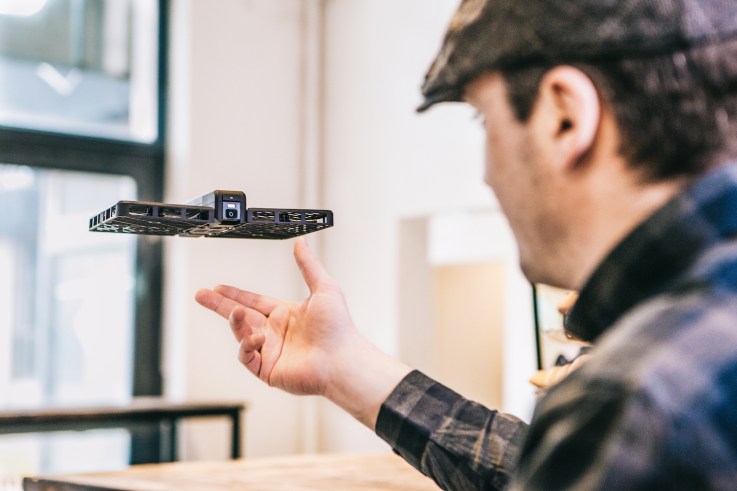 Have you ever tried to capture close-up video of yourself or others with a traditional drone? It’s nearly impossible.

To solve this problem China-based Zero Zero Robotics has raised $25M to build Hover, a small self-flying drone. The funding is composed mainly of a $23M Series A round from IDG, and China-focused firms GSR Ventures, ZhenFund, ZUIG.

While this is the first publicly announced funding by the company, Zero Zero has been working on this technology since 2014 with a team of roughly 70 people. Hover is their first drone, but expect to see its self-flying capabilities replicated in future products from the company.

Hover packs a 13MP camera sensor is 4K video capable, and also has a bunch of smart software that lets it capture video with minimal human interaction.

And while it doesn’t have a mechanical gimbal like some larger drones, the company says its custom electronic image stabilization will be enough to correct any shake from captured footage.

In addition to the stabilization software, Hover will come with a handful of preprogrammed features that should make it easy for anyone to fly, even if they don’t have experience piloting a traditional quadcopter. These include hover in place, face and body recognition and following, and 360 pano recording.

Hover, which looks almost like a router when folded up, will be super lightweight.

In fact, the 240g weight (just over half a pound) means it won’t have to be registered with the FAA. While this may not matter much to the typical drone hobbyist, it will be a compelling sell to customers who haven’t had prior experience with drones, and don’t want the hassle of registering with a government agency.

Hover will ship this summer, and stay tuned for a closer look once we get our hands on a demo unit.