We have grown accustomed to the Silicon Valley zeal driving startups to develop new technologies that will disrupt the market in yet another way.

On-demand apps like Uber are aimed at making our lives easier by saving us time and money.

In other parts of the world, people are faced with different kinds of “problems.” They aren’t so much worried about finding an app that will water their plants — their actual concern is finding water. An example, among many others, is India.

Nearly three-fourths of all diseases in India are caused by water contaminants, yet many Indians still lack access to clean drinking water. This health issue has been addressed by several organizations, one of which is Piramal Sarvajal.

Founded in 2008 by Anand Shah and seeded by the Piramal Foundation, Sarvajal means “water for all” in Sanskrit. This social enterprise designs and deploys innovative solutions to create affordable access to safe drinking water in underserved areas of India. They are currently reaching out to about 300,000 consumers daily, through 570+ installations across 12 states. 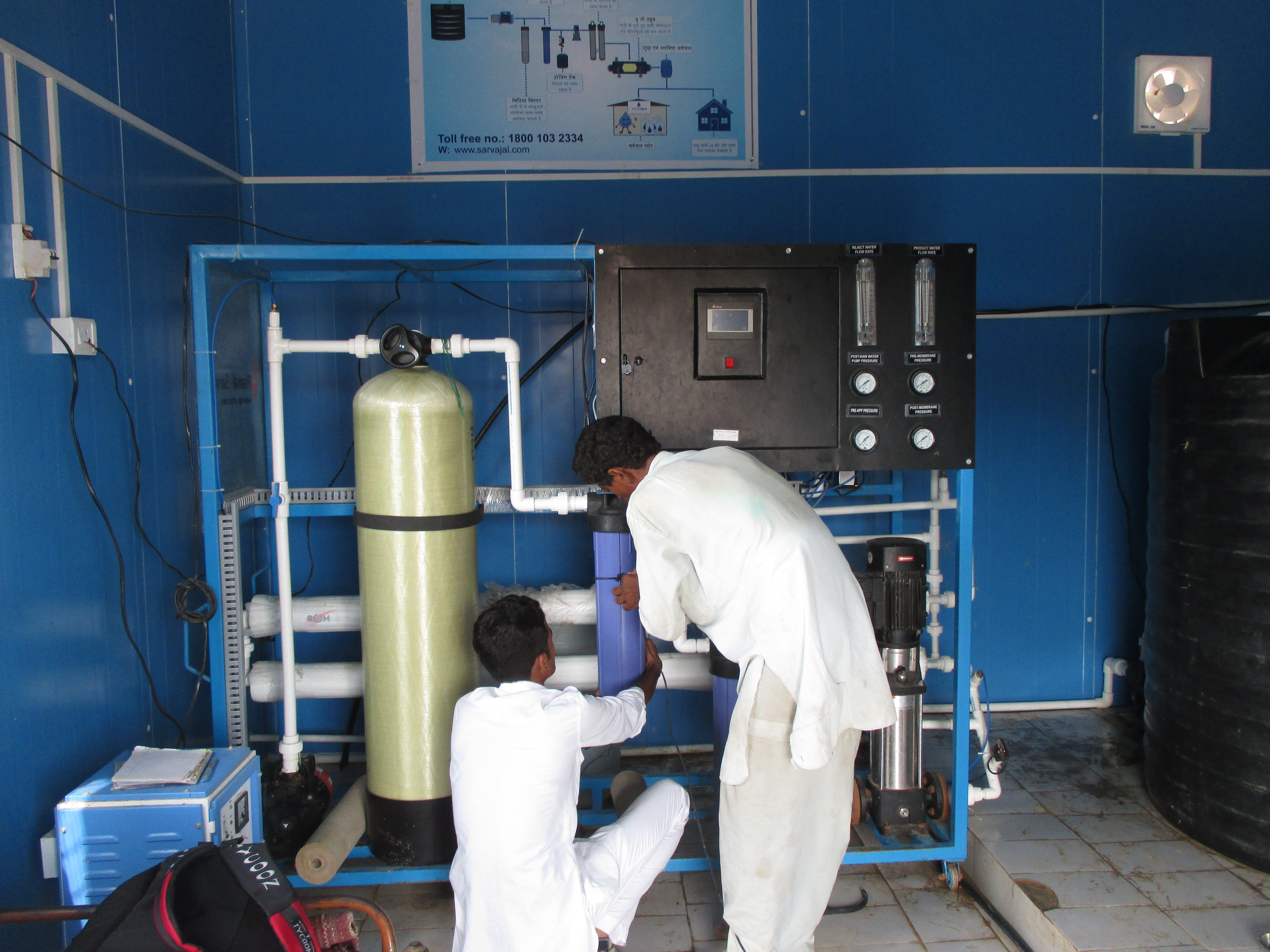 What stands out from their business is their market-based approach. While other organizations rely solely on donations or government subsidies, Sarvajal has added another vertical to its model that operates on a transaction basis.

In each community where they operate, Sarvajal sets up a purification plant, as well as a unique Water ATM model that uses smart cards to create price transparency, which ensures the effective post-purification water distribution. Twenty liters of Sarvajal drinking water costs the same as a cup of tea (about 12 cents).

One of their main challenges was raising awareness around this health-related issue. Locals needed to understand that spending money on clean water can save much more in healthcare costs. “This was handled on a face-to-face basis by talking to consumers directly,” explains Vasu Padmanabhan, CEO of Sarvajal. “We also used other, more innovative communication methods, like wall paintings and local vehicles equipped with a large speaker to diffuse the message in the streets, often with the support of doctors.”

Finding water is one thing, but sometimes, there isn’t any water to find. Isabel Medem, who was born of a Peruvian mother, decided to address one of the underlying issues that people living in the slums of Lima are facing: sanitation. “Lima is the second driest capital in the world, therefore water toilets are not a sustainable solution,” Medem says.

And so, in 2012, Isabel and co-founder Jessica Altenburger, both in their 30s, decided to launch x-runner, a lasting sanitation solution for low-income, urban households in Lima. The concept is simple: Interested customers sign up to a subscription service amounting to a total of $13 a month, which they pay in “bodegas,” or bank agents. 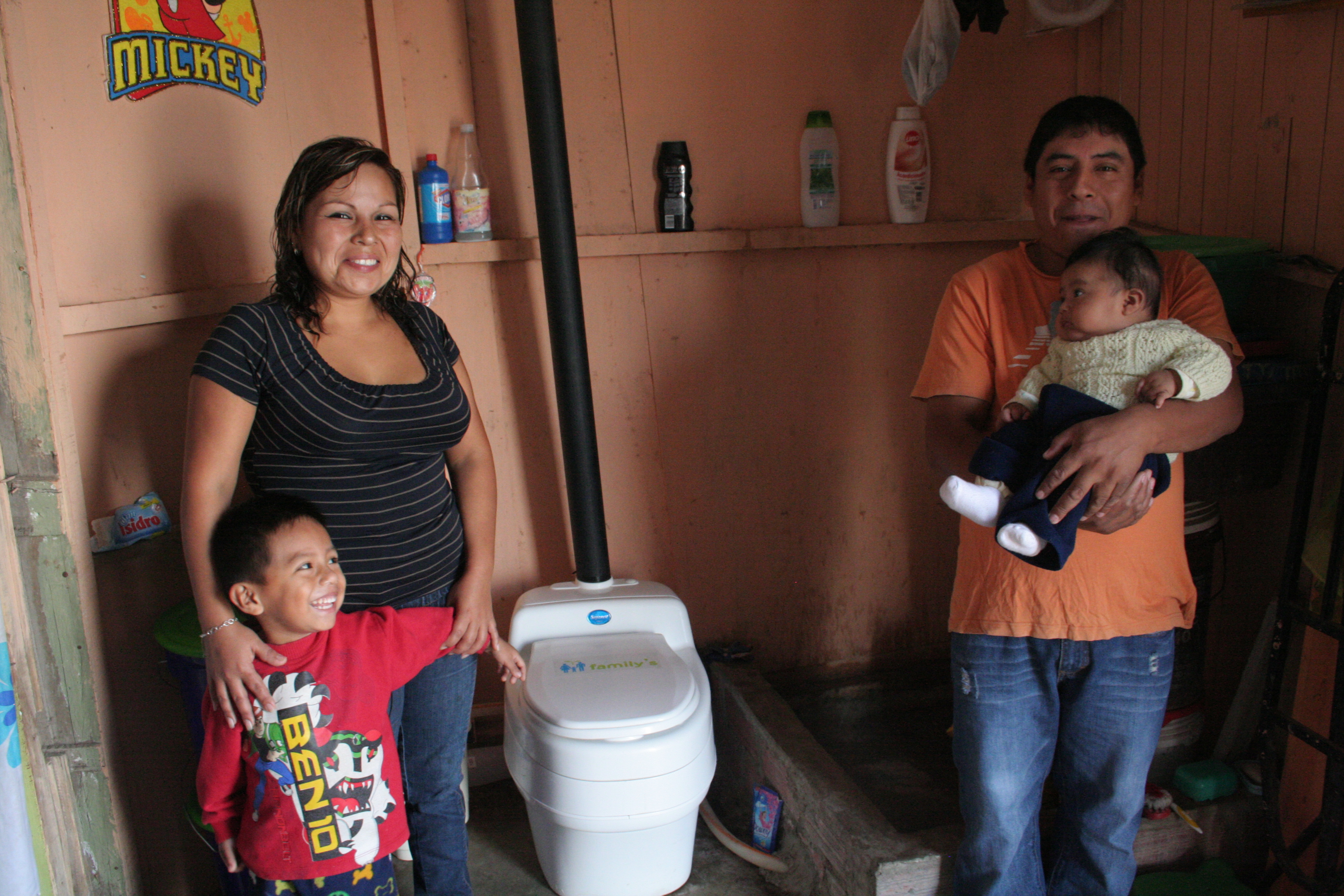 The dry toilet, imported from a Swedish manufacturer, is then delivered to their home and installed for their use. Because there is no flushing involved, the feces are collected from the buckets on a weekly basis and converted into compost.

“It’s a simple solution, but a real one,” explains Medem. “There is definitely a need for smart and innovative solutions that address the needs of the poorer communities. Silicon Valley startups should make it their priority.”

Since its inception, the startup has raised more than $1 million in funding. This includes seed capital from angel investors, grants from foundations and governments and, more recently, a cash prize from Startup Perú, a local startup competition they won. Because their business is a customer-oriented one, x-runner has decided to partner with Salesforce this year — a smart move that will help them manage their expanding client base.

Waste, be it feces or trash, is a common problem in developing countries. People don’t always know what to do with it, or aren’t aware of the fact that it can be converted, either by recycling or upcycling. The Green Circle project in Nepal is striving to do just that: raise awareness around waste.

This social initiative for waste paper management was launched by the Women Environment Preservation Committee (WEPCO) in 2002, and was recently taken over by a Nepalese-based startup called Blue Waste to Value. The idea is simple: Corporations and organizations subscribe to a type of membership based on the number of employees they have.

A general membership, for example, offered to a company that has up to 50 employees, amounts to an annual fee of $50. Companies with more than 300 employees will receive a Gold membership, totaling $200 yearly. Current members include the World Bank, the UN Refugee Agency (UNHCR) and Etihad Airways. 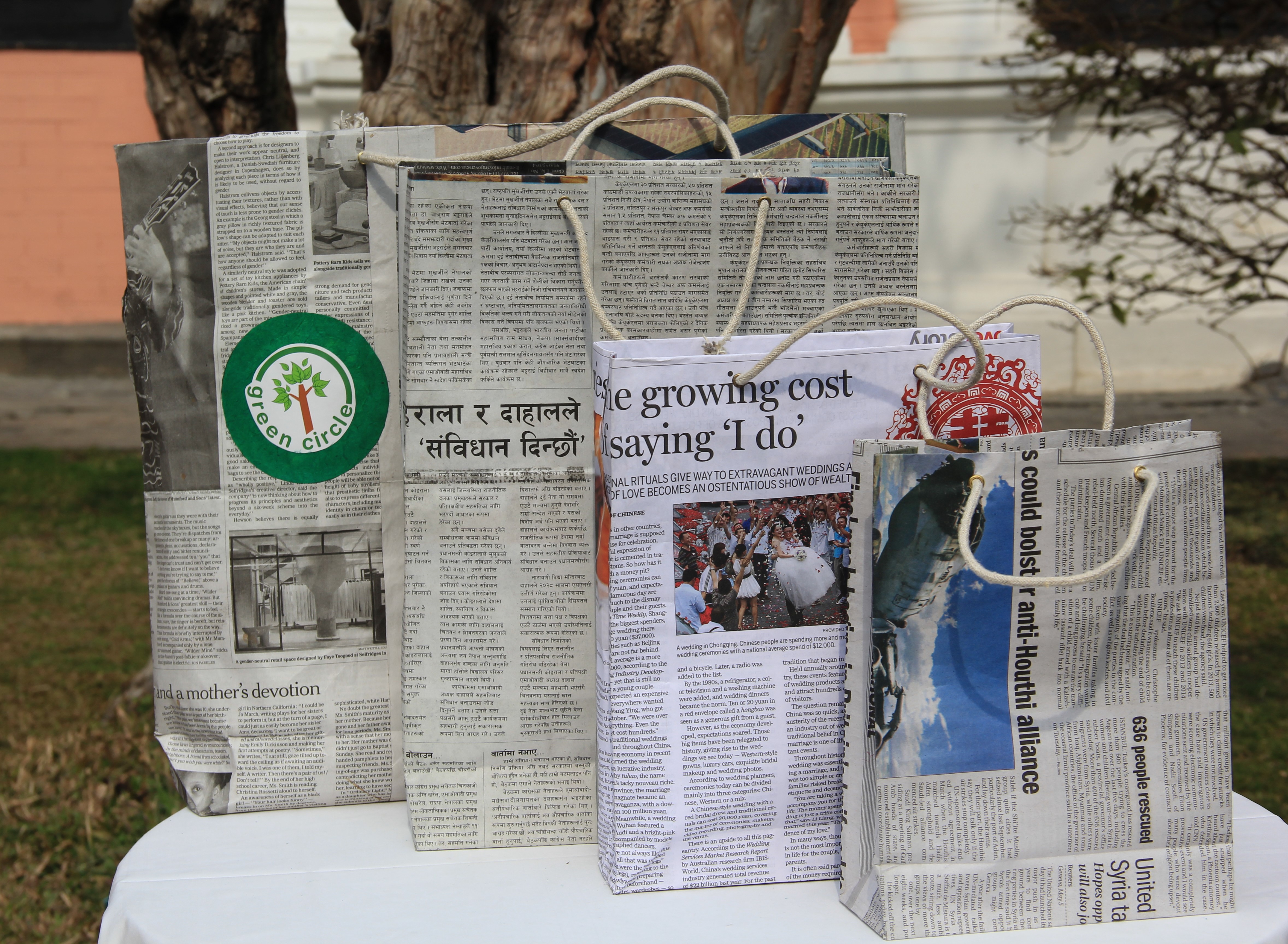 The Green Circle team picks up the paper waste from its member organizations on a weekly or monthly basis, depending on what the members prefer.

“Our project helped collect more than 8 tons of paper since 2014. We were able to reuse 4 tons out of it and recycle 3.2 tons of paper that went back into the market,” said Nabin Bikash Maharjan, CEO of Blue Waste to Value. “Member organizations and their staff are now familiar with the value of waste paper and have adapted their businesses to adopt a greener approach.”

Once the paper is collected, it is then segregated, sent for processing, recycled and manufactured into sellable products like paper bags, stationary, photo albums and more. In the production process, household women from the community are trained and employed, thereby providing them with an income-generating activity. Products will soon be available for purchase online on The Green Circle’s upcoming new website.

Empowering women is one of the best ways to stimulate an economy — and empowerment often starts with education. Democratizing education to give access to all, regardless of age, race or sex, is one of the pivotal pillars that social entrepreneurs around the world are working on.

This is what Toni Maraviglia, a former teacher, and Kago Kagichiri, a tech guru, have been striving to achieve in Africa.

In 2012, the two launched Eneza Education, an edtech platform that started in Kenya and has now spread to Ghana and Tanzania. The idea? Delivering tailored and relevant educational content to students via three different platforms: regular web, smartphone (via Android) or SMS via a mulika mwizi (basic mobile phone). Giving them the option is a smart move.

“It’s easier to reach people on SMS because the subscription is deducted from their phone credit. Many of our users don’t have credit cards to buy apps from app stores. We’re exploring billing through mobile money to tackle this problem for smartphones,” explains Kago Kagichiri, Eneza’s CTO.

The company has partnered with some of the major mobile network operators in the region, making the whole process easier for students who can subscribe by using their phone credit.

With more than 800,000 active users in March, the venture is continuously growing, aiming to expand to Nigeria and South Africa by the end of 2017. They have already received seed funding in the amount of $890,000 from angel and impact investors, and are about to close a Series A round of funding.

But social entrepreneurs aren’t only active in developing countries like the ones cited above. Even countries like oil-rich Saudi Arabia have social issues that need to be addressed. The Saudi government discloses little official data about its population, but a report released by the World Bank in 2013 estimated a poverty rate of 12.7 percent.

A medical app in Saudi Arabia

The healthcare system is well-established in the Kingdom; all Saudi nationals receive free health insurance. The problem is that some poorer communities do not have the health awareness that others may have, and may not know where to seek medical services. This is where Dr. Shaista Hussain and Princess Sama Faissal Al Saud step in.

Through the Triage Project, launched last year, the two women hope to raise awareness around health issues. They have already held three workshops since the beginning of the year to train eager volunteers in basic medical and clinical practices.

The co-founders also created a data collection app as a support system for the volunteers, who can then use it to gather the patient’s medical information. The app was launched in January and is available on the App Store and Google Play. 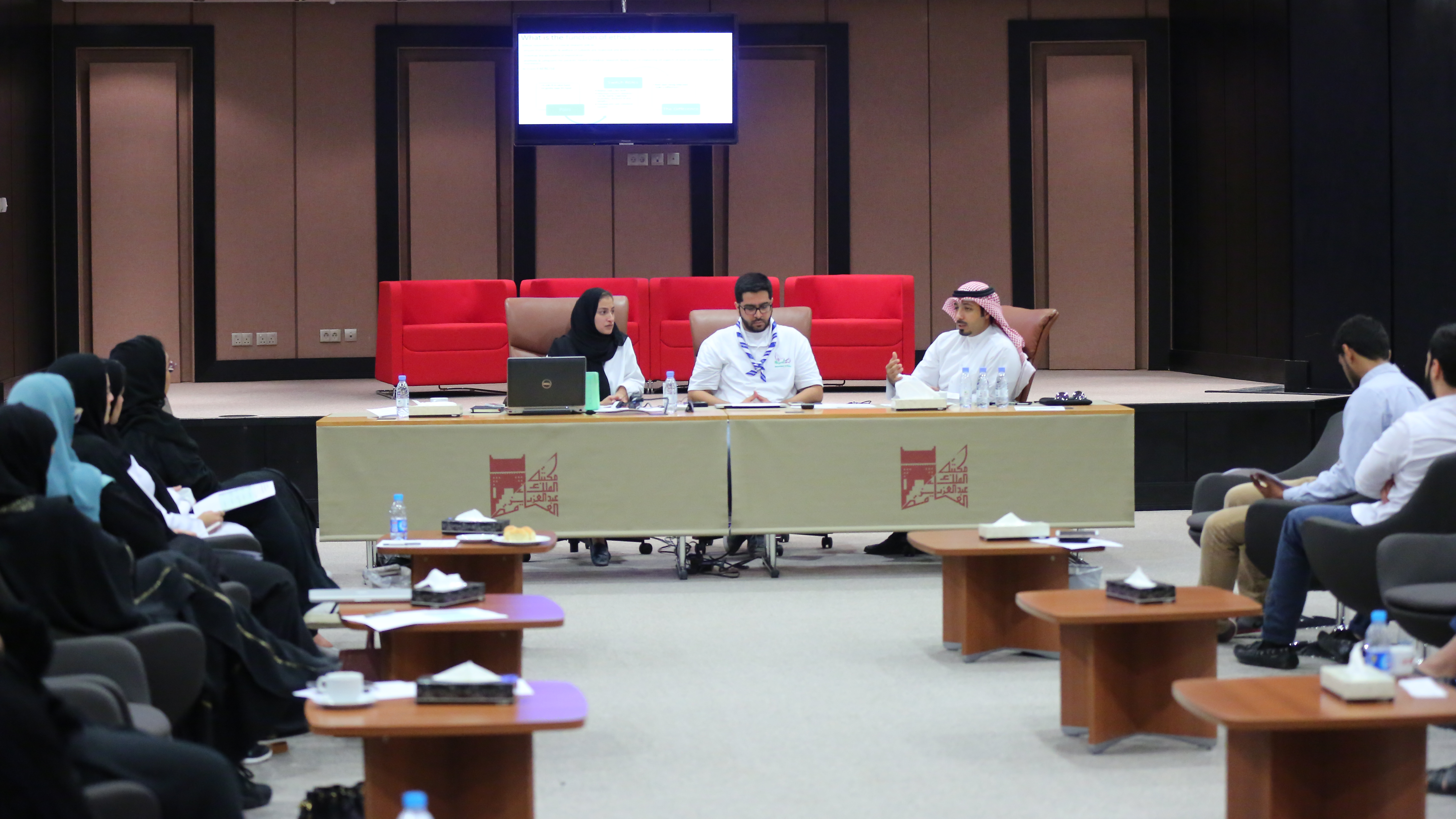 Based on an SQL database format, it allows volunteers to determine how urgent the patient’s condition is via a color-coded system. Depending on the information entered, the algorithm will display either a yellow flag, which means the patient likely needs urgent care, or a red flag, indicating immediate emergency care. The volunteers will then refer the patient to the closest hospital.

Centralizing medical data through technical innovation could play a big part in modernizing Saudi Arabia’s medical system. “The neural network of technological advances has made it possible for a multitude of creative solutions and innovations to improve our world,” says Dr. Hussein.

“Social entrepreneurship is a product of this new digital age, empowering males and females alike to transcend traditional physical boundaries and express themselves on a global stage.”