Europe’s antitrust chief has confirmed the Commission is stepping up an ongoing investigation into whether Google’s Android mobile OS is in breach of regional competition law, issuing a formal Statement of Objections today.

Setting out what it described as its “preliminary view”, the Commission said it believes Google has “implemented a strategy on mobile devices to preserve and strengthen its dominance in general internet search”.

The move comes a year after the EC announced an in-depth probe into Android rivals’ concerns that Google is using its mobile platform as a ‘Trojan horse’ to push adoption of its other apps and services, such as Google search.

Specific allegations listed in the Statement of Objections are that Google has breached EU competition law by:

“That tie between [Google’s] Play [app] Store and other [Google] apps is what we see as a very problematic behaviour,” said Commissioner Margrethe Vestager, speaking during a press conference confirming the formal charges.

“There should be an incentive to innovate and one of the strongest incentives to innovate is you can present your product to consumers. And that is what is at stake here — it has become too difficult for other products, other app stores to present their apps to the consumer.”

Giving one example, she characterized it as “quite tricky” for consumers who have an Android device that is pre-loaded with the Google Play store to use other app stores because alternative app stores cannot be downloaded from Google Play. 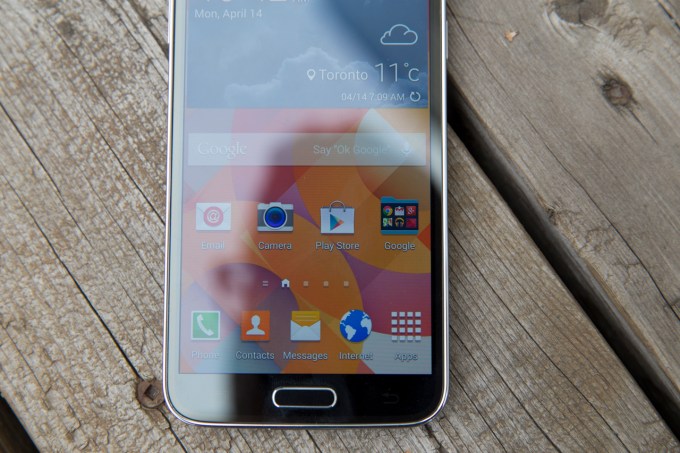 Vestager also said her department had found evidence that some manufacturers had decided not to use an alternative version of Android — developed by what she couched as “a credible competitor” — due to Google’s behavior.

The Commission’s suggestion here is that Google’s carrots for using Android are so large as to effectively amount to sticks.

Google does offer an open source version of Android, with no stipulations on how manufacturers can use it and the apps and services they can pre-load or not pre-load. But the Commission’s suggestion here is that Google’s carrots for using Android are so large as to effectively amount to sticks.

“We have concerns that this hampers the development of rival versions of Android which could develop into credible platforms for competing apps and services,” added Vestager.

She also highlighted as problematic the fact the company provides financial incentives to manufacturers and mobile carriers — “on condition that Google search is pre-installed as the exclusive search provider on their devices”.

“We have found evidence, as a result, that device manufacturers and mobile network operators have refrained from pre-installing alternative search services,” she noted.

In a Q&A with journalists, she went on to describe the structure of these financial incentives as “a kind of revenue sharing”. “In our opinion, as we see it right now, it is preventing competition from happening because of the strength of the financial incentive,” she added.

Google now has 12 weeks to respond to the Commission’s Statement of Objections.

Vestager stressed this is an interim step in the process of investigating whether the Commission considers Android to be in violation of regional antitrust rules.

“I will obviously carefully consider Google’s argument before determining how to proceed,” she said.

We’ve reached out to Google for comment and will update this post with their response. Update: In an emailed statement, Kent Walker, SVP and general counsel at Google, said: “Android has helped foster a remarkable — and, importantly, sustainable — ecosystem, based on open-source software and open innovation. We look forward to working with the European Commission to demonstrate that Android is good for competition and good for consumers.”

Following its usual policy response playbook, Google has also published a blog outlining its arguments — in which it asserts that its partner agreements are “entirely voluntary”, and adds that “anyone can use Android without Google”, name-checking Amazon as an example of a “major” company that has forked the platform.

“Any manufacturer can… choose to load the suite of Google apps to their device and freely add other apps as well.  For example, phones today come loaded with scores of pre-installed apps (from Microsoft, Facebook, Amazon, Google, mobile carriers, and more),” Google goes on to note.

“Of course while Android is free for manufacturers to use, it’s costly to develop, improve, keep secure, and defend against patent suits.  We provide Android for free, and offset our costs through the revenue we generate on our Google apps and services we distribute via Android.”

“Google launched Android as an open source project, allowing anyone to change it and write a new version. Today, Google actively hinders the possibility of developing versions that might lead to new operating systems able to vigorously compete against Android,” FairSearch added in its statement.

“Google effectively imposes exclusivity on both smart phone makers and wireless providers with revenue sharing arrangements that require them to promote Google’s own applications to the detriment of competitors.”

FairSearch member companies include Expedia, Nokia, Oracle and TripAdvisor. Microsoft, the maker of the Bing search engine, was also previously providing financial backing to the group, although the company terminated its membership earlier this year.

When it comes to the competitive damage caused by Google’s behavior with Android, as the Commission sees it, Vestager’s view is that the way Google controls the ecosystem with stipulations and incentives has not only impacted the search market but has more generally led to a “stifling of competition” — and even to “restricting innovation in the wider space”.

It’s certainly true to say that alternative mobile platforms have floundered in the face of the massive dominance of the Android ecosystem. Microsoft’s Windows OS for mobile has a global marketshare in the region of just one per cent, while other alternatives — such as Jolla’s Sailfish platform — have had an even harder time trying to carve out a niche.

Meanwhile, stepping away from the Android allegations, another EC antitrust investigation pertaining to Google — the long-running probe into the Google Shopping search price comparison service — is still ongoing, with Vestager noting today that her department has received and is currently analyzing Google’s response to the Statement of Objections issued last year.

“Google has given us a detailed response to the allegations in that Statement of Objection, and we are currently in the process of analyzing the very large amount of data that we received,” she said. “We’re working on this as a matter of priority but we can of course not sacrifice quality over speed.”

In addition, she said her department is continuing to look at Google’s behavior in other areas where it has received prior complaints (and as part of that longer-running probe) — namely in specialized search; the copying of third party content; and advertising. Albeit it has clearly been focusing on Android as a high priority, given the speed with which the latter investigation has progressed. Indeed, Vestager has said as much herself, and more than once.

By comparison, the EC’s Google Shopping probe dates back to November 2010 — and to the tenure of the prior EC competition commission, Joaquin Almunia — with Vestager only taking over the antitrust chief role in November 2014. Apparently having absorbed criticism that competition regulators were not keeping pace with tech giants. Or else determined to pick her battles carefully, with a focus on areas where evidence can be amassed to make a case — and make it quickly.

“It is our obligation to do what we find that we can prove. We have no grudge against any company. We have an obligation to look if a behavior is anticompetitive or is a misuse of a dominant position,” she told journalists today. “For us it is obviously the duty to be able to prove that. To find the facts, to find the evidence, to prove if we’re right or wrong — following up on, among other things, a number of complaints.”

Responding to a question about whether the Commission is applying competition law disproportionately harshly on U.S. companies — with the implied criticism, typically directed at the EC from the U.S., being of regional, protectionist bias — Vestager rebutted this by saying: “It is not our job to defend companies, it is our job to make sure that there is competition. Competition also to the fact that sometimes companies grow to be dominant, and that is fine… The thing is that if dominance is abused then we have an issue.”

“I think there is an obvious reason as to why Google is dominant, and it is not only the behavior that we describe today — it’s also because some of these products are the preferred products by consumers. And… that is all very good. In Europe you can be big, you can grow, you can be dominant. The one thing you can’t do is to misuse or abuse your dominate position to stay there and to close off competition,” she added.

Should Google be found to be in breach of EC competition law, Vestager asserted the remedy would be “quite simple” — aka: “to stop these practices that we find to be damaging for innovation and competition”.

Perhaps the more complex question is whether her department can reach a conclusion on Android quickly enough to please complainants/restore any competitive imbalance, should the platform be found in breach of antitrust law. (She was asked directly how she intended to prevent the investigation dragging on “for year after year after year” — but had no clear-cut response to that.)

She also responded to a question about why her antitrust department is not concerned with how rival mobile OS maker Apple controls its iOS walled garden (albeit, it does not have anywhere near the dominant marketshare that Android does) — where Apple also pre-loads its own suite of apps and entirely structures the out-of-box experience for consumers.

On iOS Vestager said it’s not a like for like comparison because Apple does not license its operating system as Google does with Android. “That is obviously a very categorical difference between the two,” she said. “We are obliged to look at the things as we see them and not to try to compare two different things.”