Kanye West’s decision to flip-flop on whether or not his new album, “The Life of Pablo,” would be an exclusive to music streaming service Tidal, has now been met with a class action lawsuit led by consumer tech privacy law firm Edelson PC. The artist originally promised the album would only be on Tidal, but later decided to release “Pablo” to competitors, including Apple Music, Spotify, Google Play Music and Pandora.  Jay Z’s S. Carter Enterprises, Tidal and Kanye West were named as the defendants in the suit, which claims that consumers were duped into signing up for Tidal subscriptions under false pretenses.

Besides having big names attached to its streaming music service, Tidal was hardly a true rival to Apple, Spotify and others. In fact, it was struggling. The fact that it scored this much-anticipated exclusive was the sole reason the app saw a massive number of downloads that sent it to the top of the U.S. App Store.

West’s fans flocked to the service because the artist had publicly announced that his album would “never” be on Apple. In other words, those who wanted to acquire the track legally felt they had no choice but to turn to Tidal.

However, West made a number of odd decisions surrounding the album’s release. He pulled the album shortly after its launch, saying he wanted to make a few last-minute changes. Tidal customers were enraged, saying they had paid for an album then didn’t receive the download. Some were even accidentally double-charged due to billing glitches.

After the album finally returned to Tidal, West backtracked on his earlier statements and released it to all the major U.S. streaming competitors. Tidal, as it turned out, had no exclusive after all. It just got first dibs. 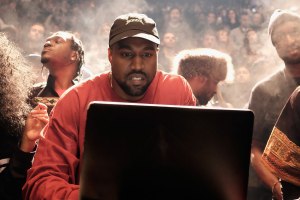 Meanwhile, Tidal benefitted greatly from West’s initial comments about the album’s exclusivity. The company reported that “Pablo” surpassed 250 million streams on its service in its first 10 days of release. Its subscriber numbers also jumped from 1 million to 2.5 million in just 10 days.

Edelson PC is representing Plaintiff Baker-Rhett in the matter. The suit makes the case that millions of consumers were lied to, then duped into signing up for subscriptions and providing credit card information, email addresses and other personally identifiable account information to Tidal because they believed it would be the only way to hear the album.

Had they known the truth, they would not have become Tidal subscribers, the suit argues.

It also puts a dollar amount on the benefit of West’s misstatement: The 2 million new users acquired by its “purportedly exclusive access” are worth $84 million, based on “publicly available acquisitions as a comparable metric.”

Presumably, this would include Rdio’s acquisition by Pandora for $75 million, but the company never disclosed its paid subscribers or user figures. In actuality, the firm used Instagram and WhatsApp — social services — for acquisitions involving little or no revenue and a known per user value to come to this figure. It also takes into consideration Jay Z’s own lawsuit against Tidal’s former owners.

Jay Z is claiming $15 million based on them allegedly inflating user numbers to 540,000 at the time of purchase. In other words, if Jay Z believes that a number of users less than 500,000 is worth $15 million, it can be inferred that 2 million users could be worth at least $60 million, Edelson PC believes, from our understanding.

Bringing litigation against major Silicon Valley tech firms is something Edelson PC is very familiar with — the company claims to have recovered more than $1 billion in settlements since its start in 2007, but this can’t be fact checked because many of its settlements are private.

In the past, the firm has filed actions against big names like Amazon, Google, Apple, Facebook, Twitter and LinkedIn. This has not won the firm any friends in the Valley — in an NYT profile, tech incubator Y Combinator’s president Sam Altman referred to Mr. Edelson as “a leech tarted up as a freedom fighter.” (Yikes).

That being said, a number of consumers likely do feel frustrated about being lied to — though whether that’s because West and Tidal intentionally deceived them versus West just being generally flaky may be something that’s harder to prove.

Below, the class action complaint: