Apple has yet to update its website, but we now know the dates of the next Worldwide Developers Conference. When you ask Siri “when is WWDC,” Siri already has an answer for you. Apple will hold its annual developer conference from June 13 to June 17. This is in line with Apple’s previous conferences. The company will very likely present a bunch of new stuff during its inaugural keynote on Monday June 13.

Apple usually books the Moscone Center for its conference. While WWDC doesn’t appear on the Moscone Center schedule, the conference center is still “available” around this time. In the past, Apple has sold tickets on a first-come, first-served basis. But, more recently, the company has switched to a lottery system.

When the website is live, developers will be able to register for a chance to go to WWDC. You need to enter your credit card information and your card will be charged if you’re selected. Apple won’t ask you twice to confirm you want to go. This way, Apple is sure you’re serious about going to WWDC.

Apple’s WWDC keynote usually focuses on software more than hardware. In the last few years, the company has unveiled the new features in iOS and OS X — and maybe Apple will even rename OS X to “MacOS.”

But we haven’t heard about Macs in a while. So Apple could use this opportunity to launch some updated MacBook devices — and, let’s be crazy, why not an external retina display. But first, let’s wait for Apple’s official WWDC announcement and see how the conference is going to work. 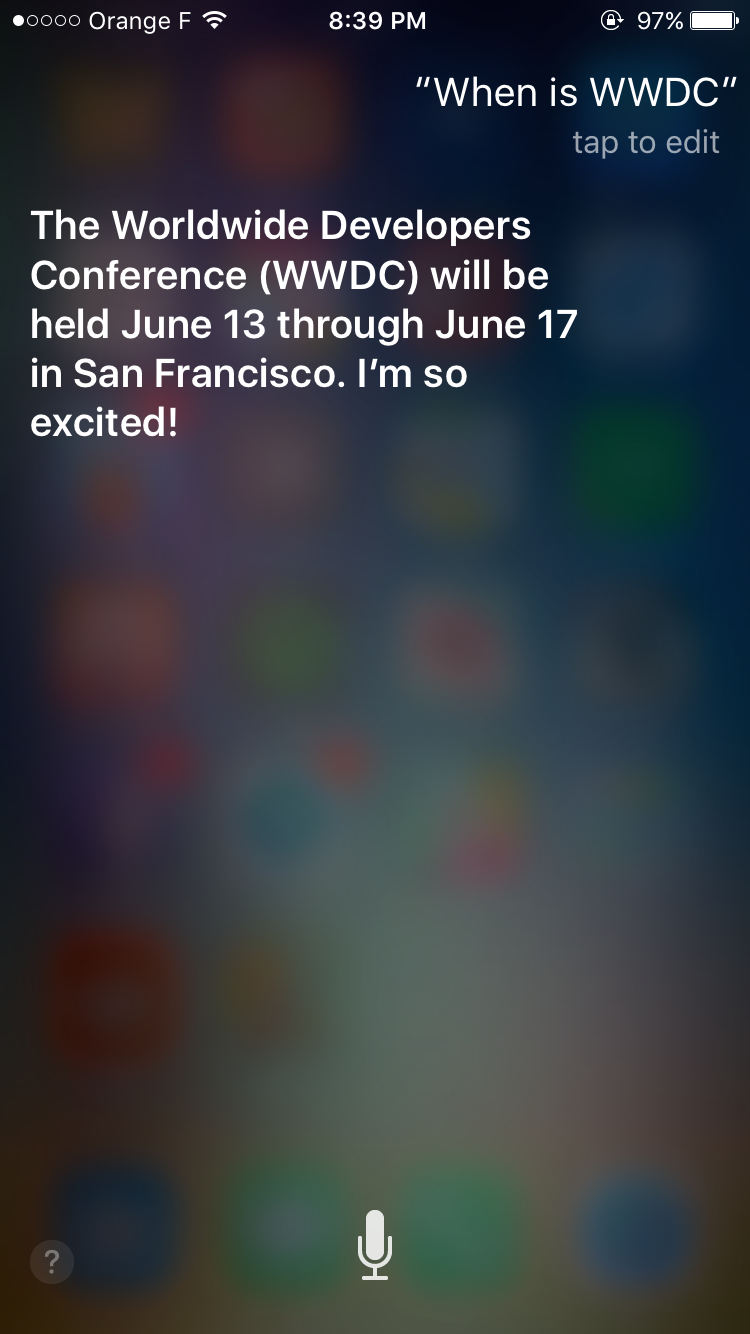