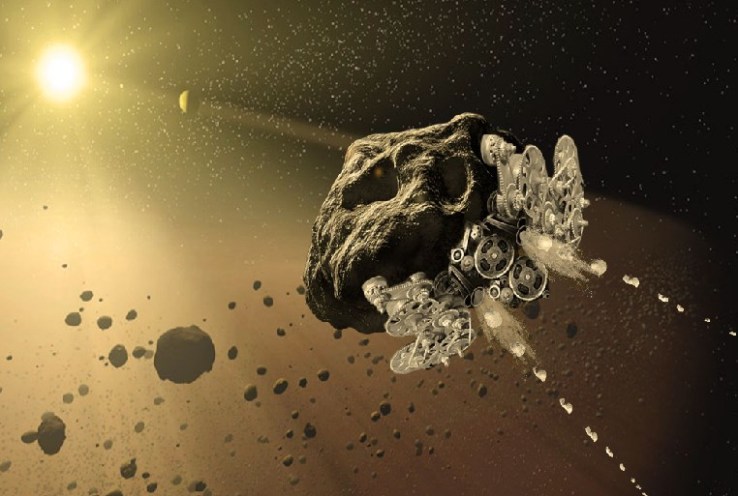 Ah, spring — when a young engineer’s fancy lightly turns to harvesting icy moons for rover fuel. NASA has announced the recipients of its yearly National Innovative Advanced Concepts awards, and they’re just as out there as the planets and other stellar objects they propose to mine, analyze and explore.

There are 13 projects that have been given Phase I consideration: about $100,000, with which the team can investigate their concept’s feasibility. These are all idea- or concept-level projects, of course, if you couldn’t tell from the image above, which looks like a sci-fi paperback. It’s rather difficult to practice “reconstituting asteroids into mechanical automata” in your garage.

Phase II selections, which you can generally assume will be fewer in number, will receive $500,000 to continue development. Here are a few of the ideas NASA will be feeding money.

Plenty more interesting programs to check out at NASA’s NIAC selections page. Start a pool with your friends over which will graduate to the next phase.