After more than a year of public alpha and beta releases, the Vivaldi browser is hitting its 1.0 release today.

Vivaldi, which was founded by Opera co-founder and former CEO Jon von Tetzchner, prides itself as a browser for power users — a group of users, von Tetzchner and his team believe, that has been mostly abandoned by other browser vendors.

For power users, Vivaldi offers features like customizable keyboard shortcuts and an optional command line-like interface, support for mouse gestures, tab stacks, and plenty of customization options (want your tabs on the bottom or the right side of the window? Vivaldi will happily oblige, for example). The browser uses Google’s Blink engine and lets you use Chrome extensions, too. 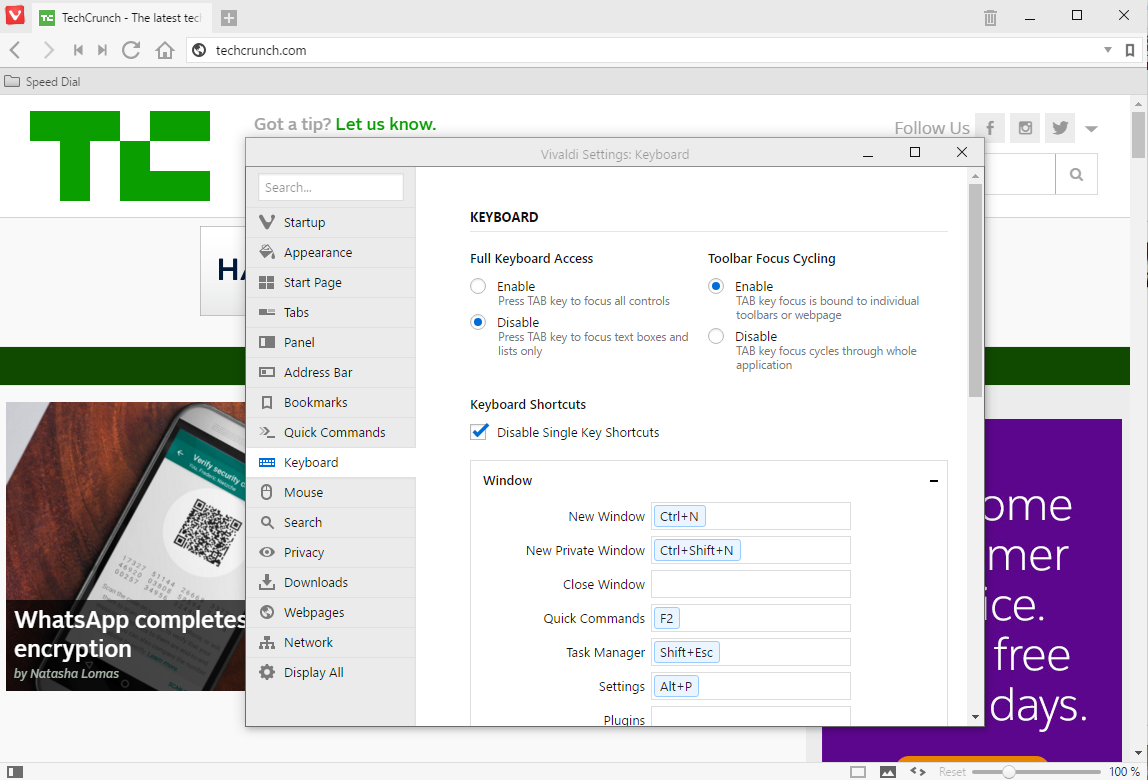 In the last couple of releases, the team mostly focused on polish and getting the 1.0 release out of the door. Von Tetzchner tells me the team now feels that the browser is stable and feature-complete enough for a 1.0 release.

“We’ve been very happy with the response so far,” von Tetzchner said about the beta process. “It’s been great to see a lot of people are liking what we’re doing and that we’re providing something that people want.”

He admitted that it took the team a while to find the right direction and to build the right tools and libraries to get this new browser off the ground.

Even though Vivaldi has now hit 1.0, there are still some missing features von Tetzchner hopes to add to the browser soon. Early on, for example, he promised to build a mail client into the browser — similar to what Opera used to offer. The team decided this wouldn’t be ready for the 1.0 release, though. “Building a mail client isn’t trivial,” von Tetzchner said and noted that Vivaldi will now have more engineers working on this.

Also missing from this first release is the ability to sync bookmarks, setting and extensions. That, too, is on the roadmap and will become even more important once the team launches mobile versions of Vivaldi, which are also on the roadmap.

One thing we likely won’t see as a built-in feature in Vivaldi is an ad blocker, though. While Von Tetzchner acknowledged that it’s “a complicated issue, he also noted he was surprised to see his old colleagues at Opera experimenting with this.

If you haven’t tried Vivaldi yet, now is probably a good time to give it a spin. In my experience, it’s now as stable as any other major browser on the market today and over time, I’ve also come to appreciate features like quick commands and tab stacking.