Meadow already lets you get a prescription for medical marijuana over video chat and order from a nearby shop that delivers. Now it wants to be the backbone of the weed business, too. Pot dispensaries can’t use standard point-of-sale or inventory software because they aren’t compliant with the industry’s strict regulations.

So over the last year, since graduating Y Combinator, Meadow has been raising a $2.1 million seed round on a rolling basis to build out specialized cannabis sales software. Today it announced the round is sealed, with participation from ex SV Angel David Lee, YC’s Justin Kan, Reddit’s Steve Huffman, Kissmetrics’ Hiten Shah, Slow Ventures, SOMA Capital and Poseidon Asset Management. 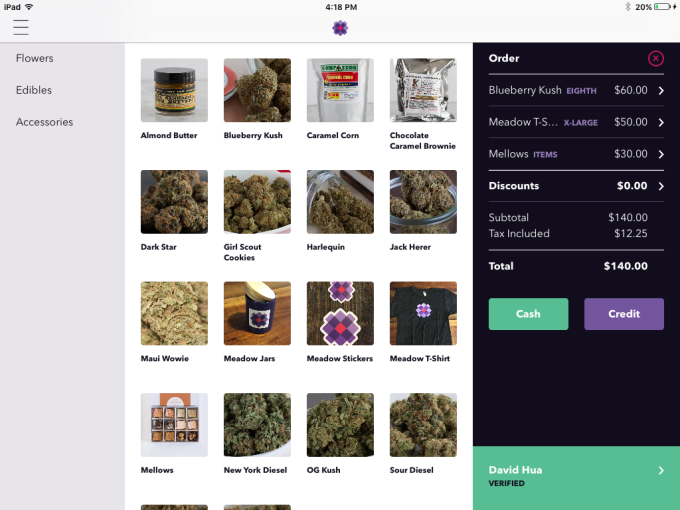 The cash will help Meadow build out weed-friendly alternatives to QuickBooks and Square, and pay for marketing to smoke its big competitor Eaze. Next, it wants to keep working up the supply chain to build software for every part of the business, from farm to joint.

High without the headache

“I’ve been smoking since high school, and it’s always made me feel great” co-founder David Hua tells me. The expectedly super-chill entrepreneur explains that “it’s helped me in so many different ways,” and now he wants to help others provide everything from psychoactive euphoria to pain relief in pot form. 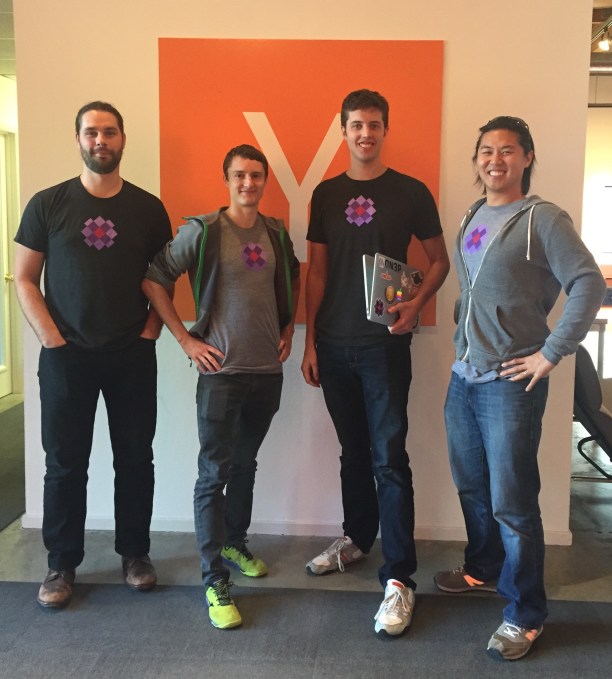 Meadow’s founders, with David Hua on the right

Hua was the head of platform at Sincerely, which let people turn their camera phone photos into gift cards and other physical products. But after Sincerely was acquired by Provide Commerce, he craved more of the startup life, and left with some co-workers to devise a new venture. They brainstormed everything from landlord-tenant software to shift management for small businesses, “but ultimately those ideas petered out. We weren’t totally passionate about it.”

Then Hua visited Oaksterdam, a marijuana entrepreneur academy in Oakland, California where he met Debby Goldsberry, founder of pioneering dispensary Berkeley Patients Group. Her day-to-day business sounded hellish because of how much she had to do manually or with a Frankenstein-combination of generic software.

Meanwhile, Hua was frustrated by the few medical marijuana delivery services, which he tells me had outdated menus, inaccurate delivery times and felt insecure. “They’d say they’d come in 2 to 4 hours, or on ‘friday afternoon’ and you’re just sitting and waiting,” he gripes. “And I didn’t feel comfortable emailing my ID and doctor’s recommendation to a random email address or texting it.” So his squad decided to start Meadow.

Meadow never handles marijuana itself. Hua refers to it as an ancillary service. That makes the whole business cleaner and simpler to fund. Today Meadow has three strains of revenue.

Its original business is a directory of nearby marijuana dispensaries that do deliveries. Meadow makes it simple to upload your prescription paperwork, browse up-to-date menus, learn about and compare different types of pot, fill a shopping cart and get delivery in well under an hour. It earns around a 10 percent fee on transactions from dispensaries for delivering them customers, and now has serviced about 38 percent of zip codes in California.

But many customers don’t have their prescription already, or it’s expired after a year. There’s a big business in states that have legalized medicinal marijuana where doctors in dingy offices ask a few vague questions about what ails you (stress? back pain? insomnia?), take $50 to $100 from you and write you a prescription on the spot. Still, it requires an annoying physical visit somewhere that might not be close or comfortable.

Meadow went a step further with Meadow MD. At first, they let users schedule a doctor to come to their house to do the dance and get prescribed. Hua says Meadow’s first doc actually rode around San Francisco on an electric skateboard.

But now for $100 you can instantly be connected to a doctor over HIPAA-compliant video chat and get your prescription fired over to you electronically, in minutes. That gets slid over to Meadow’s delivery directory and suddenly you’ve gone from illegal pot wanter to legal pot smoker in an hour. It’s more expensive than competitor Eaze’s $40 video prescription service, but Meadow’s directory visitors are so hyped to buy pot they might not go looking elsewhere. 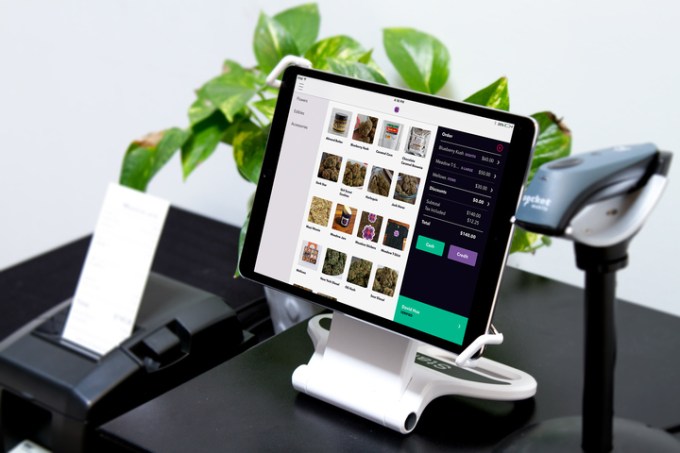 Where Hua sees the not-so-hazy future of Meadow’s business is software. First there’s its online menu system that it says boosts average order size by more than 50 percent. Dispensaries can embed the menu on their own sites or let people buy through Meadow, track their delivery people in real time and message with customers.

For in-store purchases, Meadow also makes an iPad-based point-of-sale system similar to Square POS or Revel, but designed for compliance with medical marijuana laws that require strict tracking of how much pot gets sold to whom. Its analytics show which products are bought most, and helps stores manage inventory so they never run out of what’s selling.

Hua relays rumors of Intuit and Square giving marijuana businesses a hard time or even kicking them off their services. So Meadow plans to use its new cash to keep expanding its monthly fee SAAS platform, and assist dispensaries with more of their finance, payroll and other back office problems.

Hua is understandably relaxed in general. But when asked about his biggest fear for his company, he says it is a delivery driver routed by Meadow injuring a pedestrian, and the ensuing fallout like “people calling for over-regulation and more safety checks and things that are beyond our control.” As for competitors like Eaze, he repeats a popular YC adage that “99% of startups die by suicide” rather than being murdered by other startups.

There’s plenty of green fields for Meadow and the other marijuana startups. Millions of people smoke every day, and the habit can add up to hundreds of dollars in weed a month. Legal pot sales climbed over $5 billion in 2015, and that’s sure to rise as more states allow medicinal and recreational usage. 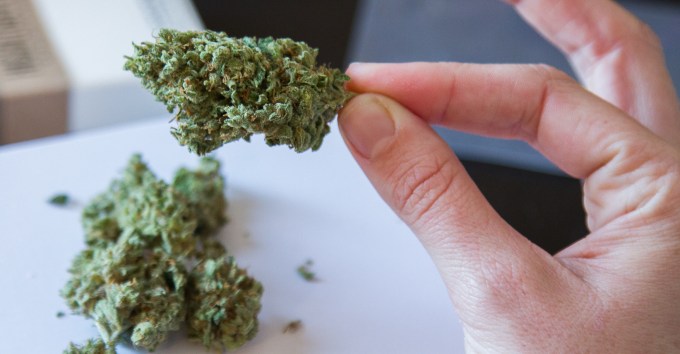 Hua hopes that if Meadow can nurture the business of pot, the taxes generated will convince more states to decriminalize the plant. He believes that could keep non-violent, often minority offenders out of jail and get actually sick patients medicine with fewer worrisome side-effects than pain killers and other drugs.

Eighty years ago when alcohol prohibition was repealed, it created a gold rush that spawned an enormous range of businesses. Now we’re on the cusp of the green rush, and Meadow wants to make the transition cushy.