When you think about the fastest growing areas for startup investments, you probably don’t think about classified ads. More likely, your mind wanders to music apps, e-commerce or social platforms. It’s understandable; after all, the classified ad industry has barely innovated since Craigslist came to the scene.

But a recent wave of huge investments in classified ad apps and local marketplace startups presents the possibility that Craigslist may finally have some competition. There’s nearly $400 million in investments among the most promising startups, along with backings by Sequoia Capital and former Zappos alums.

Classified ads apps have silently risen to prominence under our noses. Here’s what you need to know.

The death of Craigslist?

Twenty years ago, Craigslist disrupted the classified ads industry. It was revolutionary because it not only solved a need to bring online classified ads from the newspapers, but it also provided a space for local communities to connect, conduct commerce, advertise local events, post job openings and more.

Will anyone succeed in taking down Craigslist?

Craigslist has long been the reigning king of classified ads and local e-commerce; perhaps because of this, it hasn’t seen much need to innovate over the years. In contrast to websites today, which constantly feel pressure to A/B test, improve UX, and add better functionalities, Internet staples like Craigslist and Reddit have such a fiercely loyal user base that they continue to survive. But recently, investments in a variety of classified ads startups raise the possibility that the giant Goliath may have quite a few viable contenders.

But a handful of up-and-coming startups seek to dethrone Craigslist and disrupt the classified ads industry — and they’ve got the money to make it happen.

The global race for a classified ads solution

Some of the biggest community marketplace/classified ads startups aren’t coming out of Silicon Valley. The two leading the race — Wallapop and letgo — are both from Barcelona. Wallapop has about $150 million in backing while letgo has $100 million. The founder of letgo, Alec Oxenford, originally hails from the very successful OLX, which is known as the Craigslist of developing markets. There’s also the Canada-based VarageSale, backed by Sequoia Capital, among others.

Another international player is 5miles, from China. In 2015, it sold $1 billion in goods and has recently come to take on the U.S. market. To date, they’ve raised $30 million in funding and have a $300 million valuation.

In the U.S., there’s OfferUp, with $93 million in investments, a $500 million valuation and 12 million downloads; and Rumgr, founded by three Zappos alums with $500,000 in seed funding. eBay has also tried to take a stab at the market, rebranding its mobile-first classified listings app Close5.

For these new mobile classified ads apps, taking over the market won’t be easy. One challenge for these apps are issues surrounding trust. Craigslist and other classified ads services have a longstanding reputation for being prone to scams, and these mobile apps will need to work hard to establish trust among their user bases.

The startups are trying to solve the issue in different ways. OfferUp tackles trust issues through ID verification, buyer and selling ratings and round-the-clock customer support, while VarageSale handles the issue with a heavily regulated community policed by volunteer moderators.

These up-and-coming classified ads apps have to contend with other niche-specific sites, like Indeed.com, StubHub, Airbnb, Couchsurfing, etc. These sites have built up a reputation for being the best in classifieds in their specialty, making it difficult to compete for competitors who try to provide an all-in-one classifieds platforms. 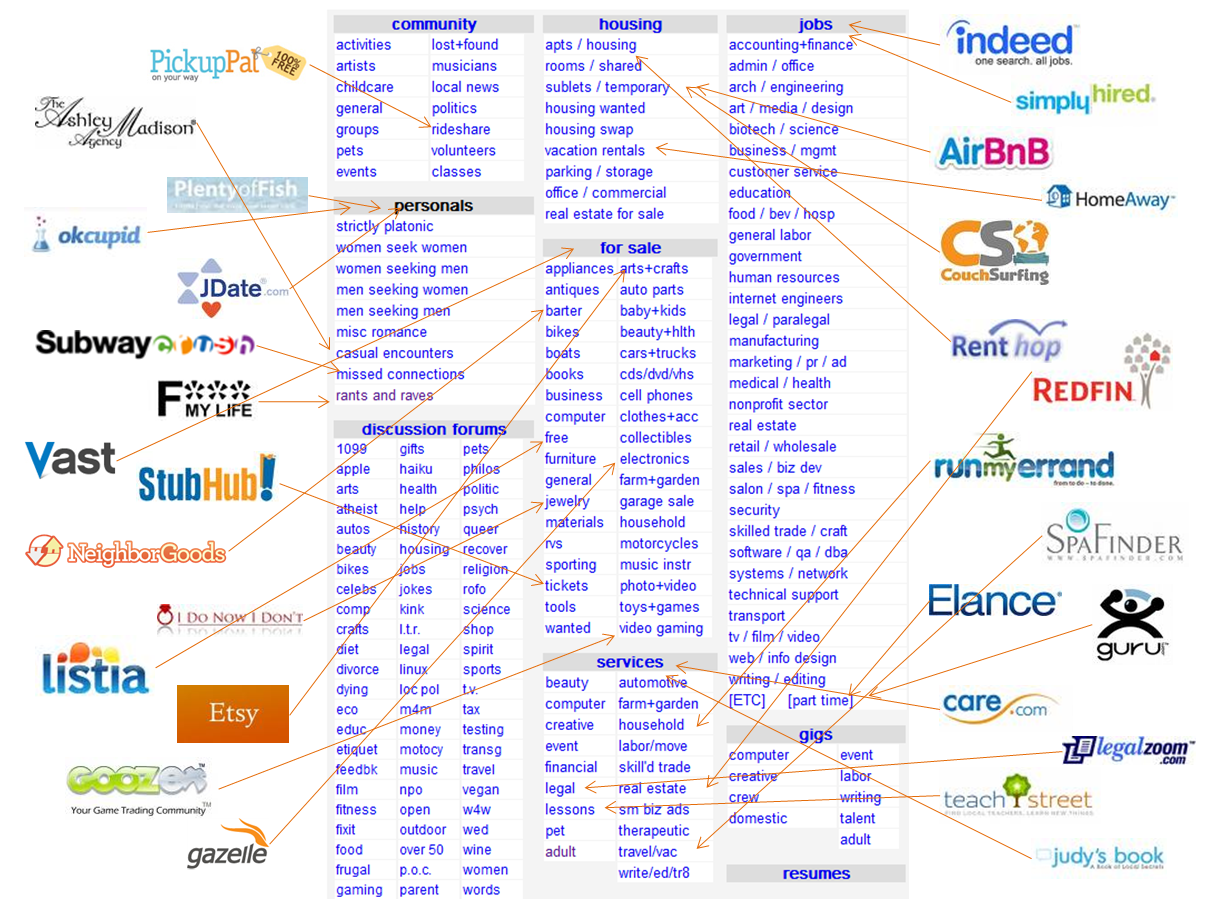 Additionally, with so many competitors rushing into the market, none of the startups may be able to provide real value. Craigslist thrives because it’s where everyone is. When you have five apps from which to choose, using these apps may make the process of finding what you’re looking for more complicated, rather than easier.

One startup, AdsWish, seeks to cut down on the noise. Instead of re-inventing the wheel, the search engine platform centralizes all the classified ads and local marketplace apps. AdsWish currently indexes more than 20 million ads per day, and their localized and data-backed algorithm gives users the right results for them.

The emergence of search engines like AdsWish begs the question again: With so many sites vying for the same slice of the pie, will anyone succeed in taking down Craigslist?