Weeks before Facebook is expected to open Messenger to third-party bots at its F8 event, Line, the messaging app based in Japan, has beaten its rival to the punch. Well, in announcing its bot intentions, at least.

At its annual company event in Tokyo, Line made a slew of announcements that included plans to give developers access to its upcoming chat bot API, web apps that eliminate the pain of downloading standalone apps, and support for location-aware beacons. Those services are designed to provide more robust features for business customers who pay to use the chat platform to reach and engage with customers and users.

The Japanese company has long tried to do more than just basic text chat and voice calling inside its app, but this is the first time it has offered to open parts of its service to anyone. Previously, Line kept access to its APIs very close to its chest, limiting it to selected — and paying — partners. But, given the company’s increased focus on offering services and slowing user growth — Line currently has 215 million active users after adding just three million in the last quarter of business — it appears to believe that now is the time to reverse that stance.

Bots are the hot topic in the U.S., but Line is only getting into the space now.

The company said it will release its bot software this summer, with limited trials available to 10,000 developers from April 1. Developers will be able to monetize their bots by selling access to companies that use Line. The company is also releasing a “Chat AI Plug-in”. Together, bots and chat AI will enable Line official accounts — which are run by businesses and celebrities — to advance and automate interactions with users. That could mean sending details of promotions, taking restaurant bookings, serving news stories, or answering common customer service issues automatically. 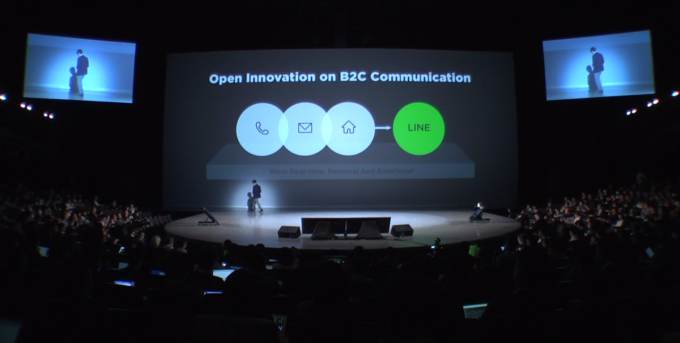 Indeed, the company announced a tie-in with customer service firm Transcosmos this week that is designed to let SMEs make Line’s messaging service a primary platform for interacting with customers — because people would prefer to text their issues than dial up and wait for a call center rep.

Line is also looking at offline customer interaction options to lure paying customers to its service. It has long positioned its official accounts as a mechanism to interact with customers and, from May, it will support Bluetooth-enabled beacons which can extend customer retention and acquisition into the physical world.

Beacons allow retailers to target and interact with Line users when they are close to a location. Typical use cases could include restaurant or shopping deals put beacons near their store to lure a prospective customer in with deals or promotions, while beacons have been used to disseminate information at sports stadiums or other public places.

These services are all rolling out in Japan, initially, where Line has collected a handful of launch partners. There’s no confirmed timing for when they will go overseas, to countries like Taiwan, Thailand or Indonesia which — alongside Japan — account for two-thirds of Line’s active userbase.

One project that is Japan-only is Line Mobile, a new mobile service that piggybacks on the NTT Docomo network. The service is slated to launch “in the summer,” Line said, whereon it will be priced from 500 JPY (nearly $4.50) and include free access to Line, Facebook and Twitter. Other data-exempt partners may be announced in the future, the company added. 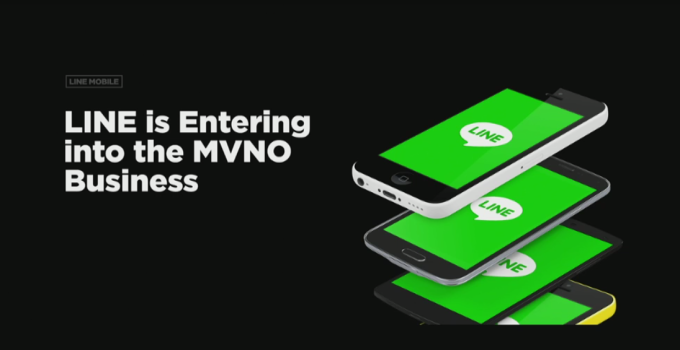 Line is also aiming to supercharge its payments service on its home turf. We’ve already seen a hint at the potential of messaging-based payments services in China, where WeChat’s service saw $50 billion in transactions during January, and Line is working with Japanese banks for cashless payments, loyalty points, and more. It has also inked a deal with JCB to introduce a physical Line Pay credit card in Japan.

The Japanese company is reportedly mulling a dual U.S.-Japan public listing this year, having abandoned similar efforts in 2014 and 2015. That might explain this new smart portal focus, which is very much about making money from businesses and SMEs and increasing the utility of its app for users. Line grossed more than $1 billion in revenue for the first time last year, but it doesn’t reveal its profit or loss figures.

Line’s moves are critical at this time because Facebook very much envisages Messenger becoming a service to connect users with companies in many of the same ways that Line outlined today. Line may be the dominant messaging app in Japan, Taiwan and Thailand right now, and among the top chat apps in Indonesia and other places in Asia, but Messenger is a huge threat.

Not only does Facebook have vast resources at its disposal and know-how on both small businesses and mobile monetization, but it already has touch points with millions of companies worldwide which run Facebook Pages and/or Facebook-based ad campaigns. It isn’t hard to imagine many of those business — Line customers included — will be wooed into the Messenger platform as and when Facebook flips the switch.

Going back to the days when social network fever swept the world a few years ago, Japan’s top social networks were believed by many to have built moats of security in the country. But Facebook ultimately crushed them and today they have been forced to adapt and run different kinds of businesses to stay alive. Messenger could likewise beat out Line in its dominant markets, so the move to build a platform for businesses is hugely important for the company.