NASA is preparing to send its first commercial manufacturing facility to the International Space Station (ISS). The 3D printing company Made in Space has partnered with NASA to send their Additive Manufacturing Facility (AMF) to the space station on a launch scheduled to take place next Tuesday. 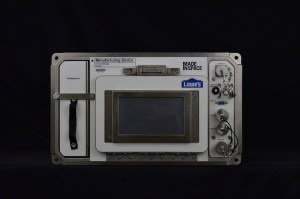 Users on Earth can pay to use AMF, a 3D printer specially designed to operate in a microgravity environment, to print products on the space station. Once it arrives, Made in Space will be able to command AMF remotely from their headquarters in the NASA Ames Research Park.

Spencer Pitman, head of product strategy at Made in Space, told TechCrunch that the company has already secured 20 paying customers for AMF. Their customers include high schools that are hosting space-related design challenges, universities that will print medical research components, and companies that will print commercial parts for satellites and other spacecraft.

“We will even be printing a 3D printable exercise device for Autodesk and wrenches for Lowe’s,” Pitman said. 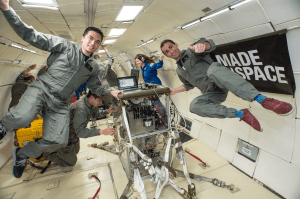 AMF has been a few years in the making. Made in Space first demonstrated the capability to 3D print objects in a weightless environment in 2011 using parabolic flights. The company also sent an earlier version of their 3D printer to the ISS back in 2014. Known as the 3D Printing in Microgravity Experiment, their first printer conducted a series of tests with over a dozen different 3D printing materials.

Pitman stated that AMF improves on the 3D Printing in Microgravity Experiment in terms of robustness and longevity. AMF also includes a number of technology expansions and is able to manufacture products with over 30 different materials.

So why does NASA need a 3D printer on the space station in the first place? It has mostly to do with the amount of time and money it takes to send something into space. According to NASA, it costs roughly $10,000 to send just 1 pound of payload into orbit.

But Pitman says that the true cost is likely far higher than this because “all materials, parts, and hardware going to the station have to go through a lengthy and costly certification process.”

In addition to the hefty price tag, it takes over half a year to ultimately get your hardware on station. Even if you’re NASA, the wait times aren’t much better, which can be problematic if, for example, an ISS crew member misplaces or breaks a tool and quickly needs a replacement. In fact, the first tool that was uplinked to be 3D printed on the space station was a ratchet that would replace one that was lost. 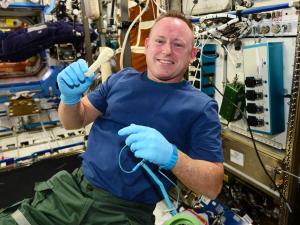 Printing on AMF can help companies avoid the costly certification process and reduce the wait time to get to orbit. However, a 3D printer requires printing material which is just as costly as anything else to send to orbit. Because of this, Pitman said that the cost to 3D print on AMF will depend on the amount of print bed space taken up and generally ranges from $6,000 to $30,000, although there are discounts for STEM education initiatives.

So while 3D printing in space doesn’t come cheap, it could potentially be an attractive alternative for certain customers in unique situations. If anything, it’s an interesting new option that hasn’t been available up until now.

AMF is scheduled to launch on board the Cygnus cargo ship on Tuesday, March 22nd at 11:05 pm EST.