The economic prospects for Latin America in 2016 are grim. With political instability in some of the region’s largest economies, as well as a general slump in prices in oil and other commodities, businesses and consumers are facing a depression and, in the case of Venezuela, economic collapse. The crash of the Chinese stock market has severely hurt the economy, as well — China is the No. 1 commercial partner for several countries in the region.

Many Latin Americans are turning to bitcoin as a solution, and the recent crises seem only to have accelerated adoption.

Last year, adoption of the digital currency broke records in Latin America. Payment processor BitPay reported a 510 percent gain in merchant transactions in mid-2015, but the most notable growth took place toward the end of last year. Latin American merchant transactions finished the year having grown by a staggering 1,747 percent from the beginning of 2015. Other key figures from Brazil’s bitcoin ecosystem showed bitcoin exchange trades surging by 322 percent and bitcoin wallet adoption growing 461.4 percent. Exchange trading in Mexico grew by 600 percent in 2015.

Inflation and payment problems drive consumers and businesses to alternatives 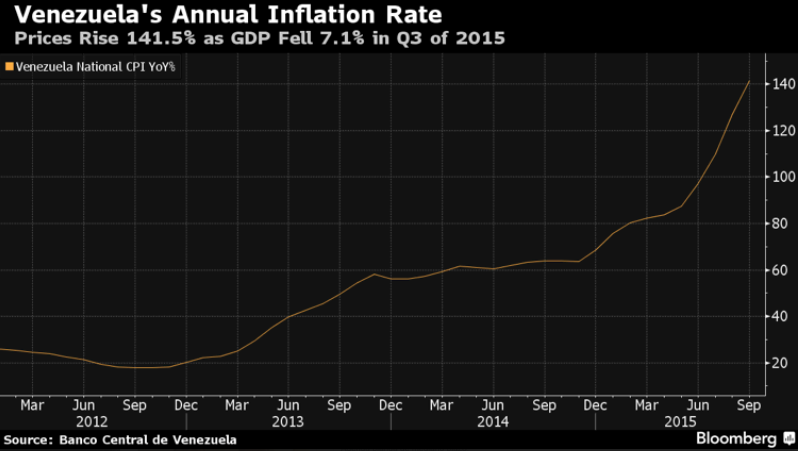 The problems started in previous years, and administrations are continuing to impact these economies. The International Monetary Fund (IMF) predicts a 720 percent inflation rate for Venezuela during 2016. The Brazilian economy has entered a recession that, according to the IMF projections, will be the longest since 1930-31. Argentina’s Minister of Finance in Argentina predicts a minimum of 25 percent inflation, and analyst projections estimate that 2016 inflation could be as high as 38 percent, with a 30 percent devaluation of the Argentine Peso against the U.S. dollar.

Latin America stands out as a land of opportunities for bitcoin in 2016.

As the crisis deepens in Latin America, some governments are tightening capital controls. The Brazilian government has announced a new tax over the payments sent out of the country (including remittances, tourism expenses and other services) that increases costs to 25 percent (and up to 33 percent). There are other major problems for businesses and consumers making both cross-border and local payments: settlements can take weeks and cost more than 10 percent.

Bitcoin has proven to be a solution for many of the problems caused by inflation and subsequent capital controls. And while workers and merchants have turned to bitcoin first as a hedge against devalued local currencies, the technology is beginning to find a number of practical applications as a payment method.

The roots of bitcoin adoption in Latin America: the mobile revolution

While it may seem like an unlikely success, bitcoin‘s growth has a precedent in Latin America’s rapid Internet adoption. While the share of web users in Latin America is still small compared to that of developed countries, the region’s e-commerce volume has climbed to nearly $50 billion (~24 percent year-over-year growth). The region’s social media users almost quadruple its share of web browser users, showing how important mobile e-commerce and social networks are becoming for the general population.

As more Latin Americans become used to the freedom and global connection that web technologies like social media provide, bitcoin will continue to be an attractive alternative to payment systems built for a pre-digital world.

The election of Argentina’s new President Mauricio Macri represents a political shift in Argentina after 12 years of government by the Kirchner family. Macri’s government has already shown signs of welcome for bitcoin adoption. Macri is dubbed in Argentina as “President Facebook” because of his social media presence, and it was through his Facebook profile that he talked about his meeting with BitPay investor Sir Richard Branson, naming bitcoin as one of the most interesting activities of the billionaire. 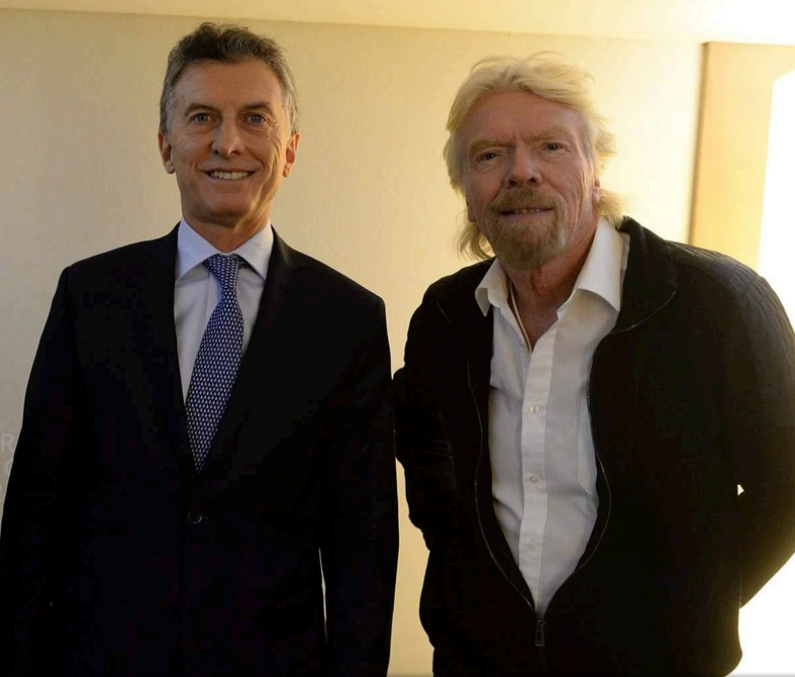 Macri was the mayor of Buenos Aires before he became president, and it was during his term that the city government organized the first Bitcoin Forum in Buenos Aires in July 2015. The city has also endorsed the Bitcoin-friendly Buenos Aires initiative announced in Bank Magazine, stating that “due to our monetary history and because we rapidly adopt alternatives to the Argentine Peso, we play an important role in bitcoin‘s popularity.”

The bitcoin buzz in Argentina also hasn’t gone unnoticed by local politicians. It was the country’s youngest mayor Martin Yeza who tweeted that his mid-term agenda will include bitcoin implementation and regulatory approval for the popular ridesharing platform Uber.

Embracing bitcoin would be a big step forward in the path toward the economic freedom objectives of this government, which has already ended the “cepo” capital controls created by the former administration. Macri’s government has also announced the softening of import-export restrictions, among other important liberalization efforts.

While it isn’t clear if the Brazilian and Venezuelan governments will respond to bitcoin in the same way, Bitcoin will be front and center in the changes the Argentine government is making to counter the economic crisis.

Although bitcoin usage is growing rapidly in Latin America, it still faces several obstacles. E-commerce hasn’t yet had the same impact in Latin America as it has had in the larger markets of North America and Europe. While some Latin Americans distrust their own currencies, they’re not all ready to use bitcoin in day-to-day transactions or rely on it as a store of value.

Another challenge to adoption is the friction for consumers to buy and sell bitcoin. There are few large bitcoin exchanges or bitcoin wallets in the markets where bitcoin is picking up the most steam, and transferring money to exchanges outside of Latin America is difficult. While Mexican and Brazilian users have a growing base of exchanges with Bitso, MexBT and Volabit (Mexico) and Mercado Bitcoin, FoxBit and Bitcointoyou (Brazil), Argentina and Venezuela’s exchange resources are still limited.

Latin America stands out as a land of opportunities for bitcoin in 2016. It won’t be interest that drives bitcoin adoption but real need, and Brazil, Venezuela, Mexico and Argentina may turn out to be the best countries for pushing bitcoin into the mainstream.