WillCall had great design and community, but didn’t have tickets to the best concerts. Ticketfly had deep relationships with music venues, but no one was using it to discover shows. Today, Ticketfly’s acquisition of WillCall comes full circle.

The parent company is using what it learned about style and recommendations to launch its own native iOS concert discovery app. Meanwhile, Ticketfly will sunset WillCall, which let users browse and buy tickets to a curated set of shows in SF, NYC, or LA. 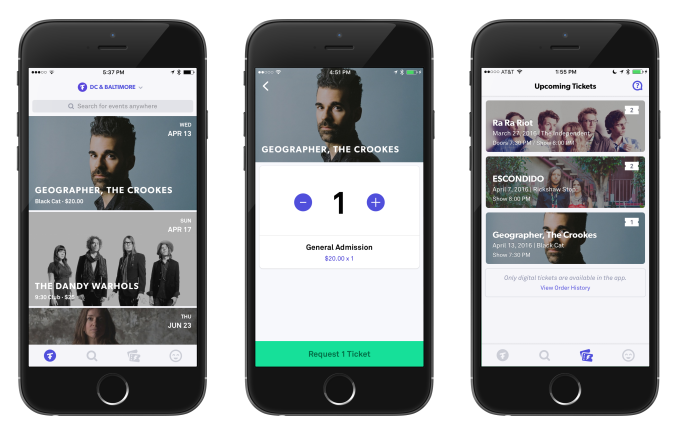 The question is whether people will find Ticketfly’s app valuable given that it’s an incomplete list of nearby concerts. Unlike ticketing service-agnostic discovery apps like Songkick or BandsInTown, Ticketfly only highlights shows it sells tickets for directly. If a concert is sold through TicketMaster, EventBrite, or another service, it won’t show up in Ticketfly’s app.

WillCall co-founder turned Ticketfly general manager Donnie Dinch says in the future the app could show inventory from other ticketers. But for now he admits the deficiency, saying “people will primarily use this as a way to access their tickets for shows they’ve purchased through Ticketfly.”

But Ticketfly did build in one of WillCall’s best features: curation. Oftentimes you won’t know the music of every artists playing in your city each night. Thankfully, Ticketfly’s community team will hand-pick featured shows you won’t want to miss. Ticketfly’s app also lets you search through its 90,000 shows per year, and store billing information for rapid two-tap payment. Users can pull up the digital copies of their tickets on the app when they get to the venue door. 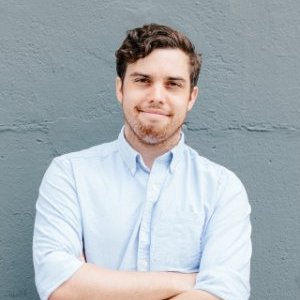 Ticketfly is also co-opting one of the most beloved features of its comprehensive concert discovery competitors. You’ll be able to set up notifications for your favorite artists to find out when their tickets go on sale so you can score some even if they sell out in seconds.

But perhaps the biggest opportunity here is how Ticketfly’s new native app could interact with Pandora, which acquired the ticketing service for $450 million late last year. See, Pandora has a money problem. After paying out streaming music royalties, it doesn’t get to keep much to cover its costs. Meanwhile, its audio ads are only effective if they’re selling something music lovers want.

That’s why it acquired Ticketfly. If Pandora could promote Ticketfly concerts via audo ads played to users listening to those artists, it could earn a lot more revenue. And now with a native app, switching users from Pandora to Ticketfly will be much simpler than delivering them to a mobile website.

Between Ticketfly, WillCall, the corpse of Rdio it acquired, Next Big Sound analytics, and its own radio app, Pandora has plenty of music assets. The challenge will be making them all play in harmony.