Late at night at a schoolhouse in a village in rural India, a team of young men are pitching Indian farmers on a mobile service offering them a new way to sell their produce.

The pitch is for the newly launched, Y Combinator-backed business, Kisan Network — the culmination of two years that 51-year-old Sanjay Agarwalla and his 22-year-old son Aditya have spent thinking about the problems farmers in rural India face when it comes to selling their goods. And the problem buyers have sourcing quality ingredients.

For the Agarwallas, the conversation began when Aditya returned home to New Delhi over Thanksgiving break in 2014 from Princeton. Over the vacation, he and his father struck up a conversation about the endemic problems plaguing the rural Indian countryside.

A distributor for major Western brands looking to expand into the Indian countryside, Sanjay Agarwalla had first-hand knowledge of the problems that have since been documented for a global audience in a 2012 World Bank report.

First, nearly three-quarters of India’s families depend on rural incomes. Second, the majority of India’s poor (some 770 million people or about 70 percent) are found in rural areas.

The Agarwallas embarked on a trip themselves to talk to farmers around the country about the problems they faced.

“The problem was a lack of awareness,” says Aditya. “The way the industry has grown.. in the physical radius around their village, they’re not aware of the best price for their goods.” 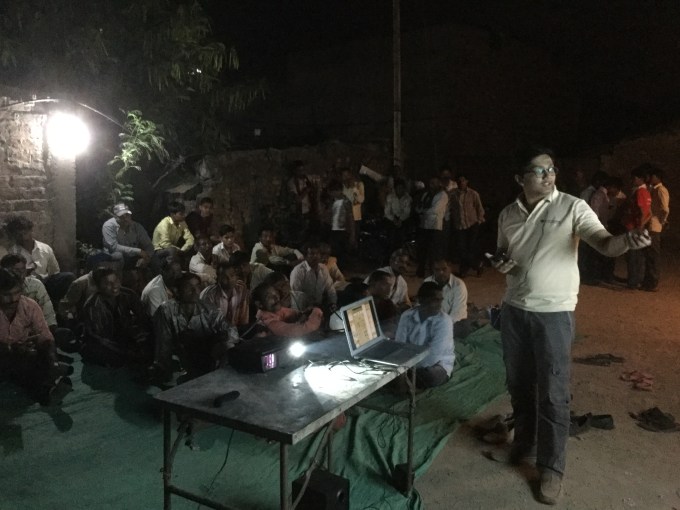 Historically, trading between farmers and merchants was handled at a local marketplace called a Mandi and relied on middlemen who would travel to the region and basically set prices for the farmers.

With no sense of the value of their crops beyond the confines of the region, farmers were forced to take the prices that the middlemen set with little room for barter, according to Aditya.

“Even at a local level there are not just one but two to three middle men involved,” Aditya says. “Many of these villages are 50 to 100 KM away from the city which means more middle men.”

Produce is sold at the Mandi in an auction and that, in itself, can hurt a seller’s chances of a good deal. “What you get depends on your luck,” Aditya says. “Like how many people are buying that day… what you end up getting is based on conditions out of your control and that doesn’t reflect the quality of what you’re selling.”

And the buy side is just as complicated, according to Sanjay. They rely on one or two people, while the Aggarwallas argue that by providing access to produce sourced directly from the farm the buyers can get a better price.

As the World Bank notes, India’s agricultural industry is central to the country’s economy. Over 58% of rural households depend on agriculture as their main source of income and the industry accounts for nearly 16.1% of the nation’s economy in the 2014 to 2015 fiscal year, according to the nation’s Central Statistics Office.

With a market size of roughly $260 billion for agriculture and ag-related services, it’s little wonder that the national breadbasket for 1.2 billion people and a regional food exporter to another 3 billion people on the Asian continent would be of interest to investors.

Kisan Network wants to be the logistics provider and central marketplace for a large percentage of all of that produce. Already the world’s largest producer of milk and spices, the possessor of the largest herd of buffaloes in the world and the largest area of wheat, rice, and cotton cultivation, India’s position could rival the U.S. as the world’s breadbasket should the right incentives fall into place.

And it’s a market that’s ripe for disruption given the historic information imbalance between buyers and sellers. That’s a problem technology has been solving for generations. Aditya was so convinced of the company’s viability, and the need for its service, that he’s dropped out of Princeton to build the business.

As early as 2013, businesses in India were advocating for the type of change that Kisan is looking to bring to the market.

“It is now imperative that India upgrade its agricultural practices and techniques, as well as well as accelerate growth in allied business fields such as food processing, in order to support the country’s consumption demand changes over the next 20 years,” said Adil Zainulbhai, Chairman of McKinsey & Company in India, after the publication of a company study on the future of Indian agriculture. “Future success depends on how India responds by ensuring sustainable supply to create a win-win situation for consumers and farmers.” 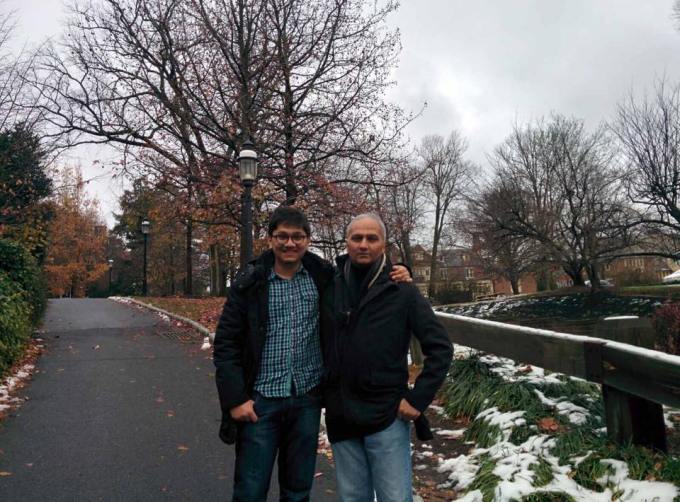 For the Agarwallas, the place to start is with the humble potato.

The lowly tuber is a cash cow in India and the country produces a lot of them. India cultivates 45 million metric tonnes of potatoes (second only to China in potato production) and they grow in almost every Indian state, according to Aditya.

In fact, potatoes were one of the star crops in the McKinsey 2013 report on the future of Indian agriculture. Alongside the banana, the mango, the soybean, and the clucking chicken, the potato got top billing.

So that’s where the Agarwallas are focusing their attention for their pilot program.

And the business model that the Agarwallas are establishing address another large problem with the market for agricultural goods as it exists today — food processing.

It’s another area, where the McKinsey study found India’s agricultural industry to be lacking. Indeed the study notes, “A favourable policy regime, which improves agricultural marketing mechanisms should enable farmers to decide to whom and where they can sell their produce and ensure incentives for strategic industry initiatives.”

The Obligatory Reference To A Mobile Revolution (And How It Works)

None of what the Agarwallas have envisioned for Kisan Network would be possible without the ubiquitous presence of the smart phone and the increasingly networked Indian countryside.

The application can run on cheap smart phones and is simple to use. A farmer can upload their crops and advertise on the Kisan Network for free.

They enter the crops they have and the price they want for them, and Kisan Network will reach out to buyers to find a match. The company has local ambassadors at the village level who work with farmers to determine when they intend to harvest.

Kisan Network matches the farmer with a buyer and then tells the farmer to harvest the produce. The company sorts, grades, processes and ships the produce to buyers (which range from small and medium-sized businesses, to single restaurants, to industrial snack makers).

The company employs a sales team of ten to cultivate both buyers and sellers. Kisan takes a cut from every transaction, which is no larger than 8% (something which Sanjay says is favorable to the typical cut from middlemen in the villages).

“Typically middle men in India… the cut that’s transparent is 11%. But there are degrees of middlemen so we really don’t know,” says the senior Aggarwalla. “With taxes and charges of labor, it can be more.”

For farmers like Narendra Partidar, whose testimonial appears on the site, the business seems to be working.

“It helps me get better prices for my crops as compared to other local buyers and Mandi rates,” Partidar is quoted as saying. “Since the produce is taken from the field, I am also able to save on transportation costs.”