Intel announced overnight in a company blog post that it has purchased Israeli company Replay Technologies. The company provides an unusual 3D video rendering capability it calls “free dimensional” or freeD™ video, according to Intel.

While the technology could potentially have a broader usage than sports broadcasting, it has been used to-date to enable fans to get a 360 degree view of key plays and was particularly useful at the NBA All-Star Weekend recently where it was on display for the popular Slam Dunk contest.

One of the reasons that Intel is so interested in this company is that it’s not just cool technology, it’s compute-intensive. It takes a bunch of servers running Intel chips to make it work. In fact, to make the 3D broadcasting magic happen at the NBA All-Star Game, Replay created a seamless 3-D video rendering of the court using 28 ultrahigh-definition cameras positioned around the arena and connected to Intel-based servers, a lot of Intel servers. 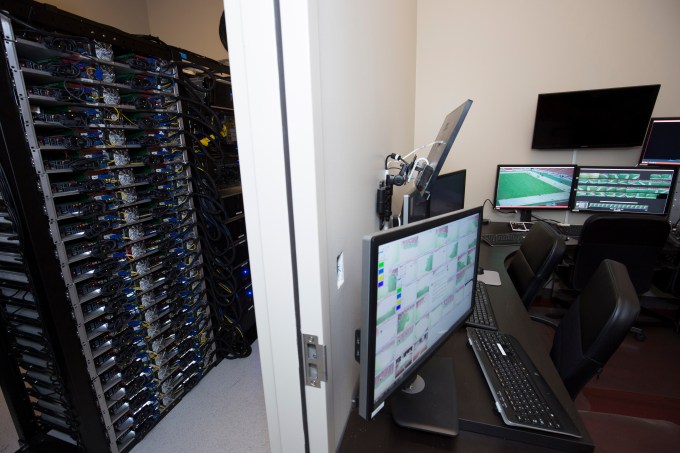 A freeD™ control room at a recent sporting event. Photo courtesy of Intel.

As companies and individuals are using fewer PCs and servers in more generic business settings, Intel is looking for new ways to use its chip technologies, and 3D rendering both for external viewing like this and with the growing popularity of virtual reality represent a good market opportunity for the company.

The purchase also has to do with the changing nature of broadcasting sporting events and the challenges of keeping our attention in an increasingly fractured media marketplace. As we’ve seen with the NBA All-Star Weekend, Super Bowl 50 and other large high-profile sporting events recently, the networks and leagues are looking for new ways to engage fans and keep us interested in their events. Replay Technologies represents one way to ensure we continue watching, sharing and talking about what we’re seeing, regardless of the screen we are using.

While there wasn’t an official price, the Israeli Globes publication cited sources who pegged the deal at $175 million. In an email, an Intel spokesperson indicated the company would not be revealing the price.

If the price is anywhere close to true, it appears to represent a nice return for investors who poured $22.5 million into the company before the acquisition, according to CrunchBase.