Back on February 14th, Google’s self-driving car had its first fender bender to occur while the car’s AI was in control.

The Associated Press managed to get footage of the accident from the bus’ own cameras and… well… it’s (fortunately for all involved) about as mundane as the original accident reports made it sound. At one point, the bus driver appears to stop eating a sandwich.

Thankfully, no one reported injuries in this accident. Google says they’ve already addressed the logic that allowed the accident to happen.

Update: Alas, it looks like the video has been pulled. We’re looking for another copy.

Update #2: Someone else re-uploaded the video to YouTube. The new video is embedded above, though, as we don’t know why the first video got pulled, it might go too. 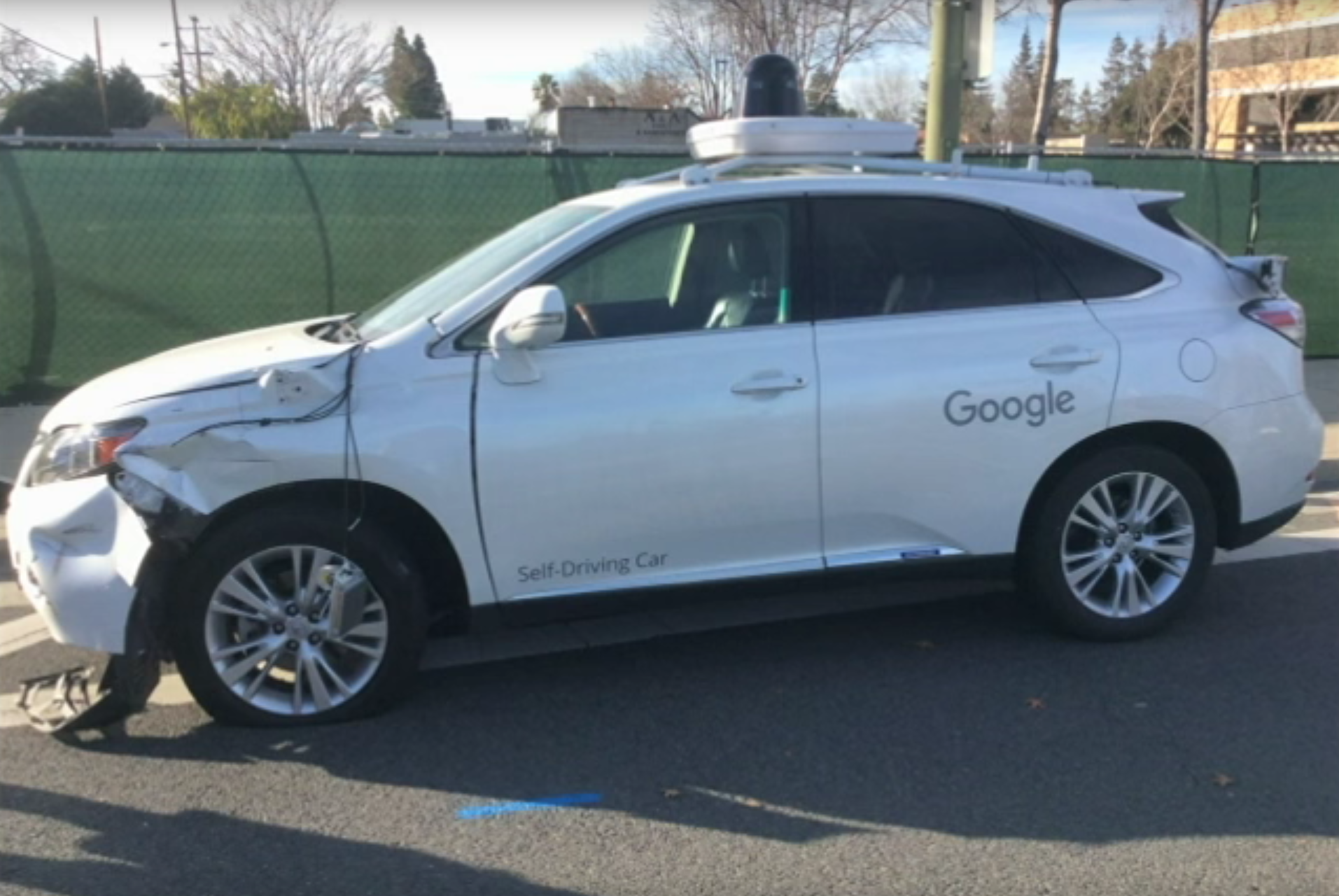