If you’re looking for a supremely qualified intelligence figure to talk to about the current state of technology, policy and intelligence, you could do worse than retired four-star Air Force General Michael Hayden.

Hayden has held the two top intelligence roles in the US government, Director of the NSA (’99-’05) and CIA (’06-’08) and, post 9/11, presided over some of the most controversial changes in intelligence gathering and direct action in U.S. history. 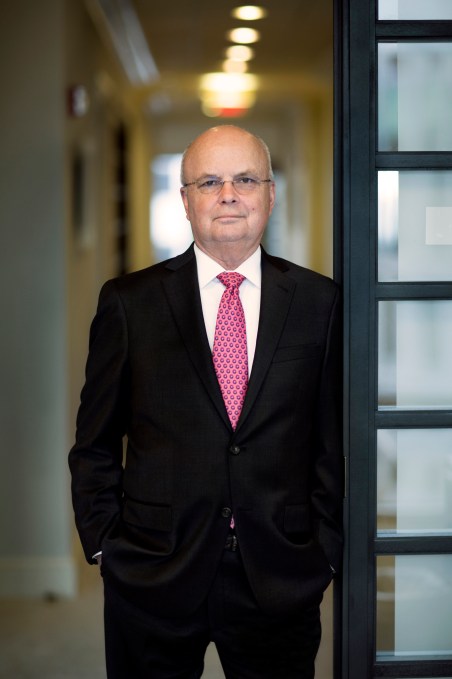 General Hayden is an active commentator on the defense and intelligence scene, and recently suggested that he favored Apple’s stance in its dispute with the FBI, which took many by surprise given his former roles as an aggressive proponent of surveillance measures to combat terrorism. He has also weighed in on the political front by noting that US military forces would not follow potential president Donald Trump’s orders if they were deemed unconstitutional.

He recently published, “Playing to the Edge: American Intelligence in the Age of Terror,” his reflections on the nearly 10 years at the top of the U.S. intelligence department during a time when threats to U.S. security and subsequent responses took strange and lethal new forms.

General Hayden will join us at Disrupt NY to talk about the threats to U.S. security and whether we should place our trust in unbreakable cryptography or the warm bosom of law enforcement.

Disrupt NY will take place in Brooklyn for the first time ever this year on May 9-11, 2016. We’ll be right across the river from Manhattan in Red Hook, at the Brooklyn Cruise Ship terminal.

Startup Battlefield competitors pitch their companies live and onstage to innovators, investors and influencers in the tech community. TechCrunch identifies emerging companies to demo and compete for a prize of $50,000 and the coveted Disrupt Cup, which was previously won by Mint.com, Yammer, Fitbit and Dropbox, among others.

Startup Alley offers another way for early-stage companies to gain exposure with a setup that encourages both exhibiting and networking, and provides high visibility. You can grab Startup Alley tickets here.

Additional speakers and agenda details will be announced between now and the show. Stay tuned!

TechCrunch Disrupt NY is one of the most anticipated technology conferences of the year and we expect around 3,000 attendees.

Our sponsors help make Disrupt happen. If you are interested in learning more about sponsorship opportunities, please contact our sponsorship team at sponsors@beta.techcrunch.com.