Docker today announced that it has acquired Conductant, a small startup that focused on orchestration.

While you have probably never heard of Conductant — and as far as we can see, the company doesn’t even have a web presence and has never received outside funding — this acquisition brings a lot of talent to Docker.

Conductant was founded by Bill Farner and David Chung. While at Twitter, Farner’s team built what would later become the Apache Aurora project. Aurora is a scheduling system that ties into the Mesos framework, a service that helps abstract individual servers away so developers and admins can treat clusters just like they would individual machines. Aurora currently orchestrates the majority of machines inside Twitter and a number of other firms.

Farner, Chung and John Sirois will join Docker. The team has extensive experience in building and working with  large-scale, mission-critical systems at Google, Twitter and Zynga. 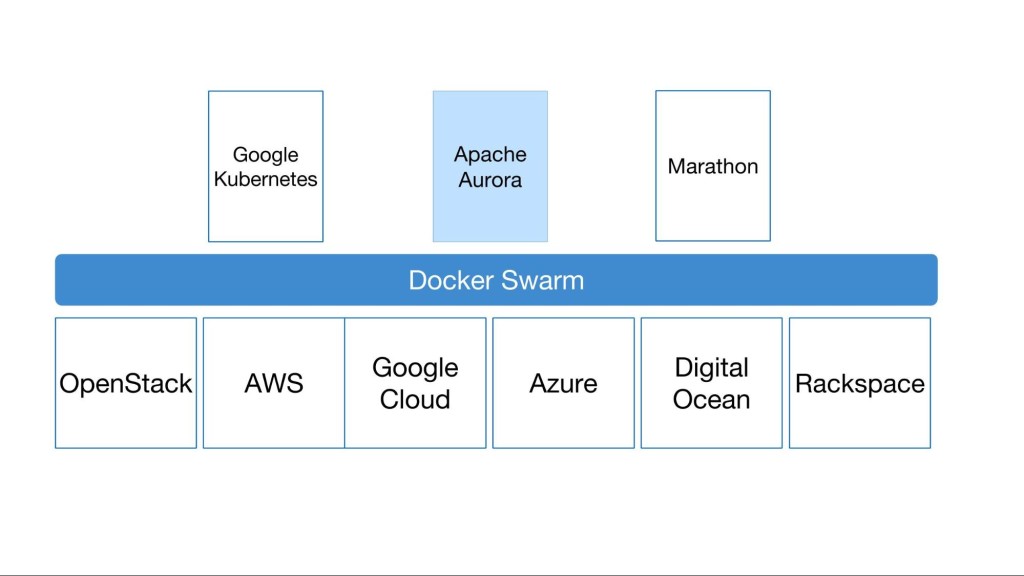 Docker says the team will work on creating a commercial distribution for Aurora (which would compete with the likes of Mesosphere) and integrating Aurora with Docker Swarm. The company says it is also looking at integrating Aurora as a component of the Docker stack.

According to an internal memo we received, the team will also work on a number of internal systems at Docker. These include a project that will give every Docker employee a Docker-based sandbox to work with instead of having to set up individual AWS accounts. In doing this, the team will dogfood some of the above-mentioned projects (and has apparently been doing so for the last few weeks since the acquisition officially closed).

“This project will help us reinforce an essential aspect of Docker DNA: we must ALWAYS be experts at operating our own software,” the internal memo reads. “That is how Docker was invented in the first place: by drawing from our operational experience at Dotcloud. There is a virtuous circle between development and operations that is essential if we want to be credible as a vendor of infrastructure software.”