HBO announced today it would be expanding its streaming footprint with the launch of standalone streaming services in Brazil and Argentina, which are set to go by year’s end. These join the recently announced standalone service arriving in Spain, also before year’s end, as well as the network’s streaming services that are live now in nine countries worldwide (U.S., Denmark, Sweden, Norway, Finland, Colombia, Mexico, Hong Kong, Singapore).

News of the South American expansion was unveiled today at Morgan Stanley’s Tech, Media and Telecom Conference, where CEO Richard Plepler detailed the network’s various efforts with its over-the-top services, and responded to questions about the performance of HBO NOW in the U.S.

The company, as you may recall, was criticized earlier this year for having grown HBO NOW to “only” 800,000 subscribers. 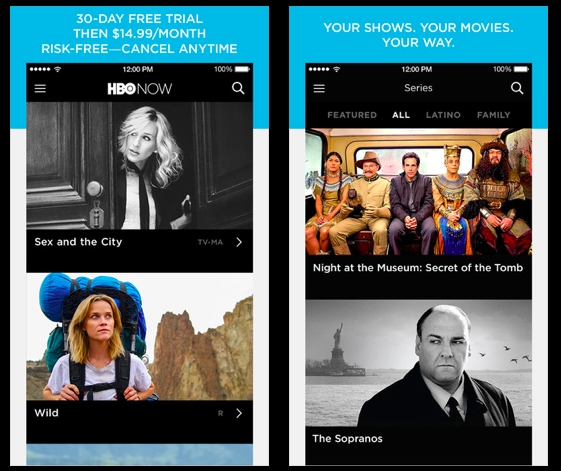 Plepler again reiterated that HBO is investing in content that will appeal to the streaming demographic, including programs from Jon Stewart and Bill Simmons. He also pointed to the network’s deal with Vice, which will provide a nightly newscast to HBO NOW viewers. When these shows launch later this year, HBO will increase its marketing push for HBO NOW, the CEO said.

“When that comes on this summer and into the year we will start marketing accordingly, using a lot of that content to attack what we think is a real opportunity in the digital space,” said Plepler, as reported by Variety. “We have not turbo-charged the direct marketing as much as we will in the coming months.”

Plepler also confirmed that HBO will remain under the Time Warner umbrella instead of being spun out, and announced that HBO and Summit Entertainment extended their exclusive output agreement through the end of 2022. He emphasized the importance of this agreement and of theatricals to HBO, adding that Summit films like “Divergent” and “John Wick” were top performers on the streaming service.

The company also has licensing deals with Universal, Fox and Warner Bros. And though, like Netflix, HBO heavily invests in original programming, movies are still a big draw for HBO subscribers.

“Movies represent over 75 percent of viewing on HBO, 71 percent across all platforms, 62 percent of on demand usage, and 40 percent of our subscribers only watch movies,” said Plepler.

The announcement of HBO’s streaming service expansions comes shortly after rival Netflix’s game-changing move to make its service available across the globe. The company had announced at CES in January that it was going live in 130 new countries worldwide, including India. That immediately made Netflix more of threat to newcomers like HBO NOW, whose pricier service is still largely dependent on top titles like “Game of Thrones” to attract an audience.

However, HBO has been working to revamp its image a bit in recent weeks, as it expands its catalog to better compete with Netflix, Hulu, Amazon and others.

In addition to soon bringing in more millennial-friendly programming options and those aimed at cord cutters, it also targeted a more mainstream audience by launching a new children’s section this year. This section now includes Sesame Street and other titles from Sesame Workshop, and was introduced alongside features for parents like a “Kids Lock” setting and other parental controls.