There has been a lot of hype around using drones in precision agriculture, but for the time being, using regular planes outfitted with specialized cameras is still a more cost-effective way to cover wide swaths of land. YC-backed TerrAvion made an early bet on using planes for aerial imaging for precision agriculture; after a few growing seasons, it’s now expanding its service by also adding a layer of quantitative analysis on top of its images.

TerrAvion currently covers a number of major growing regions, including areas in California, Oregon, Washington state and the Great Plains. As the company’s CEO and co-founder Robert Morris tells me, it has now also set its sights on the wine-growing regions of Spain. 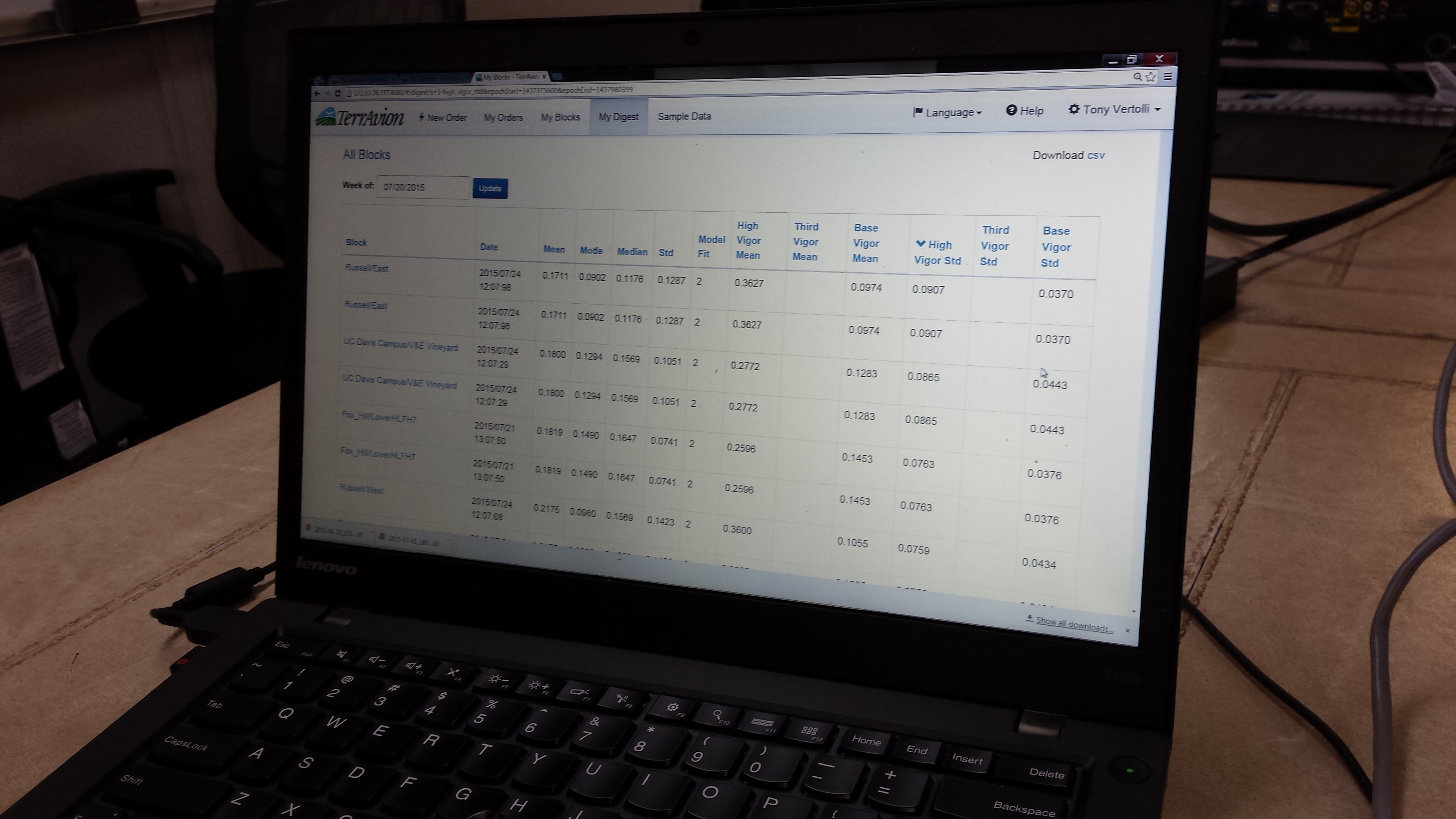 Traditionally, TerrAvion has provided growers with lots of imagery, but now it’s adding a statistical layer on top of that based on its own image analysis. “We now process a bunch of statistics that most growers want,” Morris said, and noted that it would usually take an in-house geographic information systems specialist to process this data, but for now, TerrAvion is offering this new service, which it calls Digest, for free.

“Basically, Digest takes what TerrAvion does best — giving growers a comprehensive up-to-date picture of what’s happening on their farm, allowing them to take immediate action — and brings this into the quantitative realm,” Morris told me. “Visual control revolutionized indoor manufacturing. Now TerrAvion is not only making that possible in agriculture, but we’re also putting a quantitative layer on top of that visual control.

Farmers can then take this data and reuse it across any other service. “Growers are very sophisticated as tech integrators,” Morris said. “Because of this, they are much more sensitive to things like being able to reuse data and having the choice to change IT providers.”